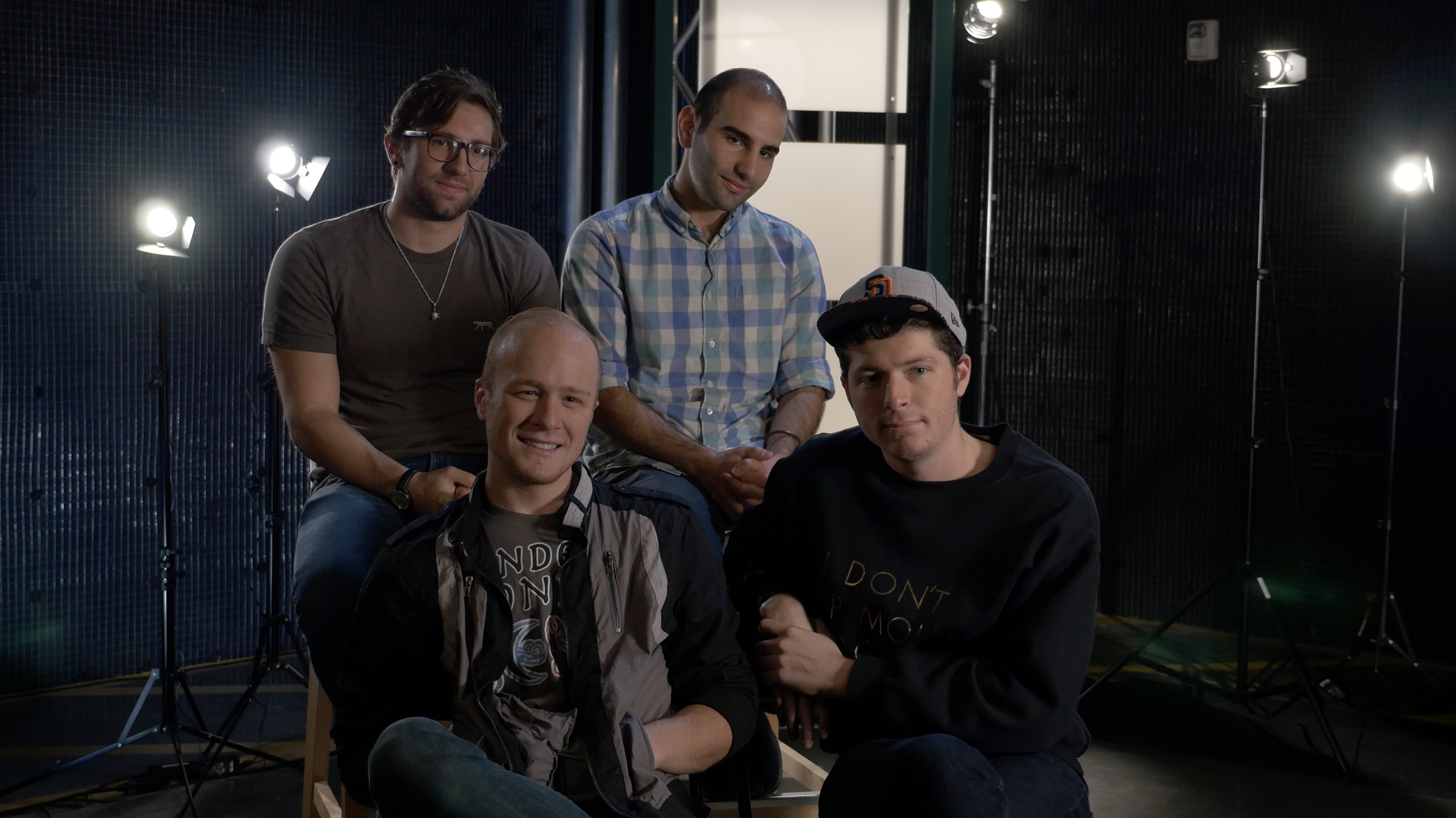 On YouTube, Chapman students and graduates tell their own stories

A simple search on YouTube can open a window into life at Chapman University, a way to peer across campus and into the creative minds of students and the whimsical moments of college living.

The work of students – some past, some present and some aspiring – is on display in videos that range from casual posts to polished professional offerings.

It’s little surprise some of the most viewed videos with Chapman connections come from veterans of the Dodge College of Film and Media Arts, like the four graduates behind Almost Cool. Their YouTube channel has more than 150,000 subscribers and 6.5 million views.

Started in 2013 by Almog Avidan Antonir ’13, then a recent grad with a BFA in film production, and Tom Assam-Miller ’14, who later earned a BFA in screen acting, the Almost Cool channel features videos such as the group’s popular “Long Story Short” series, which takes on the mini-dramas of young adulthood with wry comedic skill.

Antonir, Almost Cool’s writer/director/producer, formed the group to continue to hone his skills as he works toward his goal of writing and directing feature films. Together with Assam-Miller, an actor/writer, and actors Chase Cargill ’14, who earned a BFA in theatre performance, and Heston Horwin ’14, who has a BFA in screen acting, the four work together while pursuing individual projects. (Horwin recently landed a role in “Rock Steady Row,” a feature film directed by fellow Chapman graduate Trevor Stevens ’15 that is due out this year.)

The bottom line is that with YouTube, nobody needs to wait for someone to greenlight a project.

“Twenty years ago, not just anyone could buy a digital camera and make stuff,” said Antonir said. “I would say it’s completely in the hands of the creators and people like film students.”

Not all of Chapman’s YouTube stars have Hollywood dreams, however. Many are what are known as vloggers, or video bloggers.

Dorm Tour 2016 by Lindsey Rempalski ’19 has drawn nearly 145,000 views since she posted a look around her freshman dorm last year on her YouTube channel, lindseyrem. Orly Shapiro ’18’s Heatless Hairstyles For Short Hair won’t quit, with more than 450,000 views since she posted it on her channel Orly Alexandra in 2014. Shapiro’s more recent offerings include How to Stay Healthy in College, How to Study in College and Academics 101, a video she produced with sponsorship from Chapman.

“I started making videos right when I was going into high school — beauty and style videos,” Shapiro said.

Her channel’s style has evolved with a focus on lifestyle and college, but the communications studies major minoring in sociology hasn’t decided if she’ll continue with video.

“I’m not exactly sure what I want to do after college yet,” Shapiro said. “Maybe work for a nonprofit or in marketing or PR.”

Rempalski is a graphic design major with an interest in digital arts, and a Chapman course in lettering and book arts influenced the stylish fonts she uses in videos. Her video topics include makeup – see her Realistic College Makeup Routine — and fashion, with videos such as her Back to School Haul or Summer Lookbook. She also has a college advice playlist that includes a Meet My Roommate video.

“I’ve been doing this since I was 16,” Rempalski said. “I want to keep doing it because it’s always bought me joy.

“Ideally, I would love to be a full-time YouTuber, but it’s all a matter of balance,” she said.

A place to hone skills

One of the most technically impressive student YouTube videos about the university is This is Chapman, a drone-assisted tour by Dodge graduate Kevin Wolf ’15.

Aspiring film students get into the act too, posting their Dodge application videos or working on their skills: Emma Gerard ’20 is a freshman who wasn’t accepted into Dodge out of high school but took out her camera when she arrived on campus, filming a look around called New Beginnings.

“Filming things is what I really love to do. It makes me feel at home. In a new location, I just like getting B-roll,” said Gerard, who is interested in editing.

There is money to be made, but perhaps not hand over fist like Felix Kjellberg, the Swedish video gamer who goes by the name PewDiePie and has more than 52 million subscribers: Forbes estimated PewDiePie earned an astonishing $12 million on YouTube in 2015.

Antonir said Almost Cool’s income isn’t enough to replace one job, let alone four, but the group is more focused on having a platform for their work.

Shapiro compared her YouTube income to a part-time job — “I do get paid monthly,” she said – and has added the deal with Chapman as well.

“For me, I did not go into it all with the intention of making money. I wasn’t even aware that was something you can do,” Shapiro said.

Rempalski noted that companies reach out with product samples or offers of compensation to have their wares featured.

“You can get compensation, not just through YouTube ads, but there are a lot of brand deals and things,” Rempalski said.