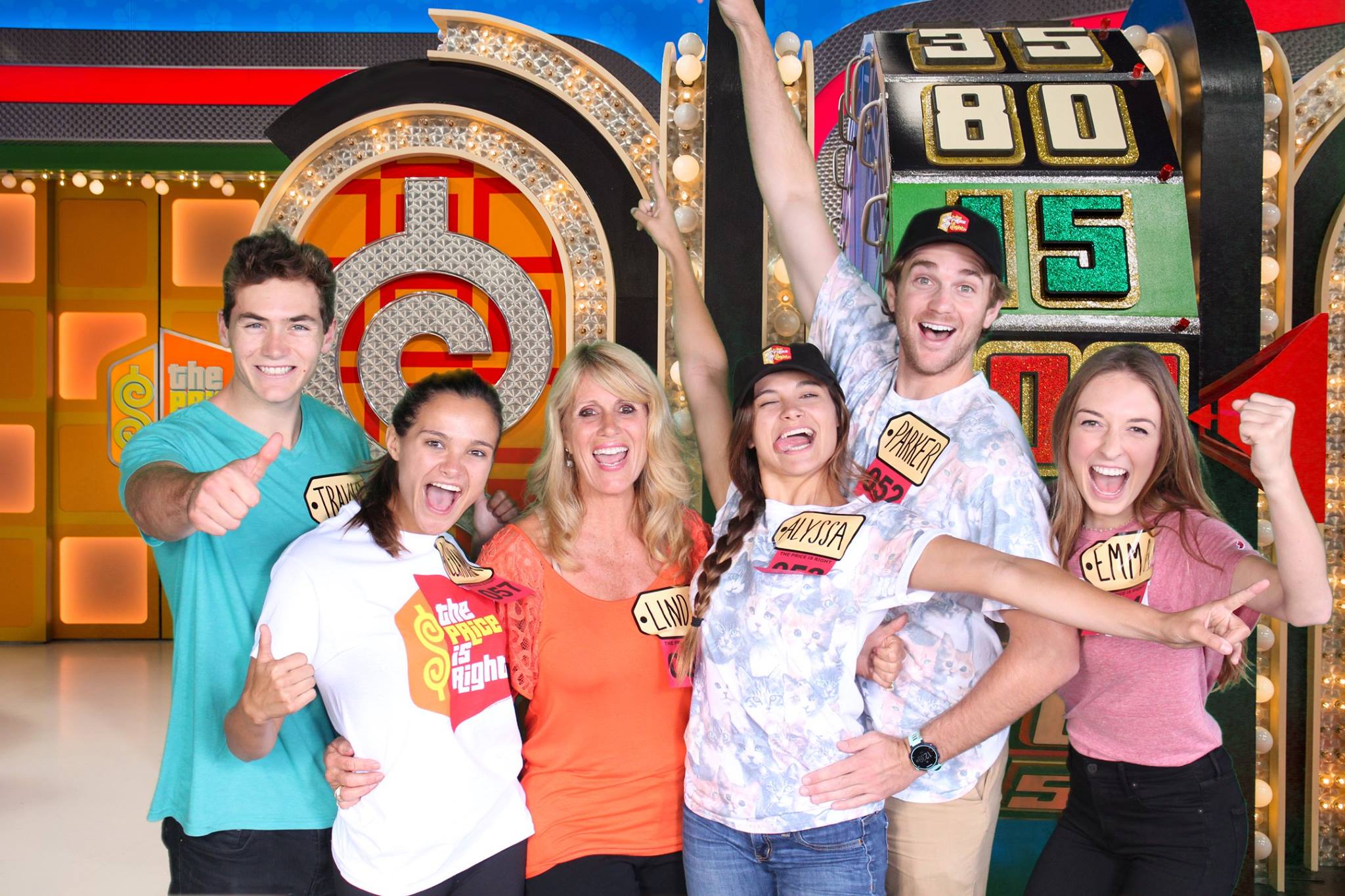 ‘The Price Is Right’ makes winning memories for Chapman students

Everything went right for Chapman University student Emma Cronshaw ’17 this week. The business major was the winner on the Thursday, Dec. 8, episode of The Price is Right, the CBS game show now in its 45th season.

Cronshaw’s winning guess in the Showcase Round won her a trip to London, a Mini-Cooper and a collection of Burberry fashion wear, bringing the total prize value to $32,000.

All the loot is great and will help offset the expense of a planned European graduation trip, Cronshaw says. But a bittersweet plus about the experience? The appearance on the game show was a dream come true for her two Chapman roommates, Alex and Alyssa Bliss ’17, whose late aunt adored the show.

“She used to say, ‘One day I know both of you girls are gong to be on the show,'” says the Seattle native.

The game show expedition — to be precise, the taping was in September — began when roommate Alex purchased tickets to the show in honor of her late aunt and invited a troop of Chapman friends to come along.

Cronshaw researched tips posted online by former contestants. She says she learned that audience members with high energy are hunted out via hidden cameras as soon as the lineup into the studio is formed.

So she fired up a get-up-and-go attitude and donned a rosy Chapman University T-shirt in hopes of standing out in the crowd. Whether those elements boosted her luck, Cronshaw says she’ll never know for sure. Apparently, they didn’t hurt. Cronshaw was selected from the audience to spin the iconic Price is Right wheel. She hit the mark in guessing the price of a karaoke machine, which launched her down the winning path.

But the lasting win of the day was the honor paid to an aunt who really started the wheel rolling.

“It turned out being great because when I won, both Alex and Alyssa came on the stage,” Cronshaw says. “We were all up there together.”

Display image at top/Emma Cronshaw ’17 celebrates with friends and classmates after her Showcase win on The Price is Right. From left, Travis Watkins ’16, Alex Bliss ’17, Linda Watkins, Alyssa Bliss ’17, Parker Reuter and Cronshaw.

The Price is Right

Upon entering Chapman University’s Fish Interfaith Center, visitors are instantly enveloped by its peaceful and comforting environment. From the colorful lights that bounce across the high ceilings of the Wallace All...

As the nation prepares for the 2020 presidential election, Chapman University’s nonpartisan Civic Engagement Initiatives (CEI) team is connecting student voters with the tools and resources that they need to confidently...