Rotunda was recognized for Ethics and Professional Responsibility and Gibbs for Arbitration and Mediation. Gibbs has earned the designation every year since 2007, including seven years in the Boston region and four years in Los Angeles. Rotunda has earned it every year in the Los Angeles region since 2009.

The
Best Lawyers
rankings are based on a rigorous evaluation process that includes peer reviews from leading attorneys.


Professor Gibbs
’ teaching focuses on experiential education designed to help students integrate their knowledge of the law with skills and values necessary to become effective and ethical lawyers. He was previously a Practitioner in Residence at Suffolk University Law School where he established the first Investor Advocacy Clinic in New England.

He is also a founder of the Massachusetts Innovation and Technology Exchange. He is a former partner at Bowditch & Dewey, LLP and Nixon Peabody, LLP in Boston, where he focused on corporate governance and planning, business litigation and alternative dispute resolution. He has tried more than 70 cases in court, arbitration and administrative hearings. He has a national practice in dispute resolution and has served as a mediator or arbitrator on more than 250 matters. He regularly speaks on dispute resolution and experiential education.  He earned a Bachelor of Arts
magna cum laude
from Tufts College of Liberal Arts and a JD from University of California at Berkeley School of Law.

He clerked for Judge Walter R. Mansfield of the United States Court of Appeals for the Second Circuit and practiced law in Washington, D.C., where he served as assistant majority counsel for the Watergate Committee. He previously served as Commissioner of the Fair Political Practices Commission and was a Distinguished International Research Fellow at the World Engagement Institute. He has co-authored leading course books on legal ethics and constitutional law and has written more than 350 articles in various law reviews, journals and newspapers. He earned a Bachelor of Arts from Harvard University and a JD from Harvard Law School, where he was a member of the
Harvard Law Review
. 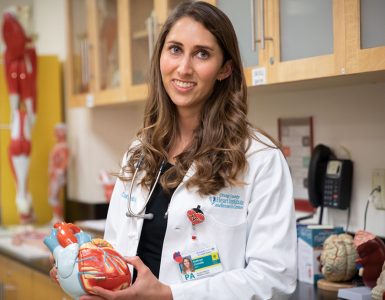 Throughout the nation, a need for primary care is growing. Chapman's Physician Assistant Program is a powerful response to the problem.