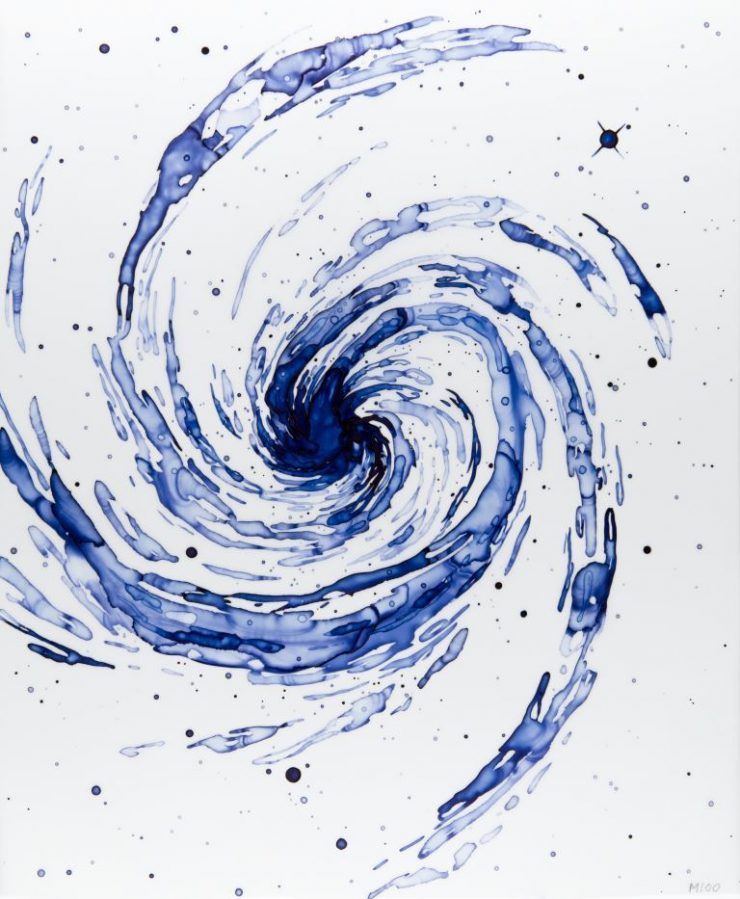 Lend us your ear. We have some good stories to tell.

Last summer, we at Chapman Magazine broke our traditional mold to present SPARK, a graphic novel featuring characters who reflect the adventuresome spirit of Chapman University students. You took that leap with us, and we thank you. But now that we’re out here in the deep end, we’re too committed to turn back. We’re primed to chase new adventures – to take our storytelling in another new direction.

So grab your smartphone, computer tablet, laptop – or even one of those old Apple iPods if yours is still kicking around. Because we’re using the pages of this summer issue to peek inside the creative worlds of some interesting members of the Chapman Family. But to get the full story on these ground-breakers, you’ll need to tune into our podcasts – available at chapman.edu/podcasts for immediate listening or downloadable for you to catch up with later.

If the medium is new to you, think of podcasts as ever-ready radio, no dial or appointment needed. That kind of convenience, along with compelling programs ranging from serialized dramas to in-depth conversations, is fueling the momentum behind Americans’ growing taste for podcasts, according to Pew Research’s 2016 State of the News Media report released in June. In 2015 alone, 28,000 podcasts were posted to Libsyn, a leading podcast hosting service that is home to Chapman podcasts.

Plus, firing up the podcast you want when you want fits our lifestyles now, says KC Wayland ’08, whose Zombie-themed podcast series We’re Alive has garnered more than 45 million downloads and was named Best of iTunes in 2012.

More than a conversation, podcasts can take you inside an experience, says Kevin Staniec ’01, whose publishing house 1888 Center produces The How The Why, a podcast series that features authors discussing their creative process.

“Listening to a song is just back- ground sometimes. Whereas when you’re listening to somebody speaking, you’re engaging,” Staniec says.

About 1 in 5 Americans 12 or older has listened to a podcast, according to Pew. That’s certainly not everyone with a smartphone and ear buds, but it’s enough to catch industry attention. This summer, Wayland’s company signed a deal to produce a 10-part audio drama with Laurence Fishburne’s Gypsy Productions and Larenz Tate’s TateMen Entertainment, companies that previously have focused on film and television.

Traditional radio isn’t going away; Pew reports that 91 percent of Americans tune in there in a typical month. But the industry has its eyes – and ears – on the podcasting trend and the fresh audiences it presents, says Mary Plummer ’07, a senior politics reporter for KPCC, Southern California Public Radio.

“It’s really exciting to have a whole new world of listeners enjoying the content in different ways,” Plummer says.

We hope you enjoy this issue of Chapman Now – our special summer issue of Chapman Magazine. Turn the page to begin the journey, and look for the icon on this page, as it appears with each story in this issue, to identify podcasts available at chapman.edu/podcasts. That icon, by the way, will appear with selected stories in future issues of Chapman Magazine, because we’re just getting started with our podcasts. Also, be sure to check out pages 14 and 15 of this issue, where we present a sampling of podcasts being produced by Chapman staff, alumni and students.

Thanks for listening. Let the adventure continue.

Featured image: This interstellar artwork evokes a far-off galaxy, illustrating the science-art connection at the heart of Lia Halloran’s painting and photography. Listen to the Chapman Magazine podcast with Professor Halloran at chapman.edu/podcasts.