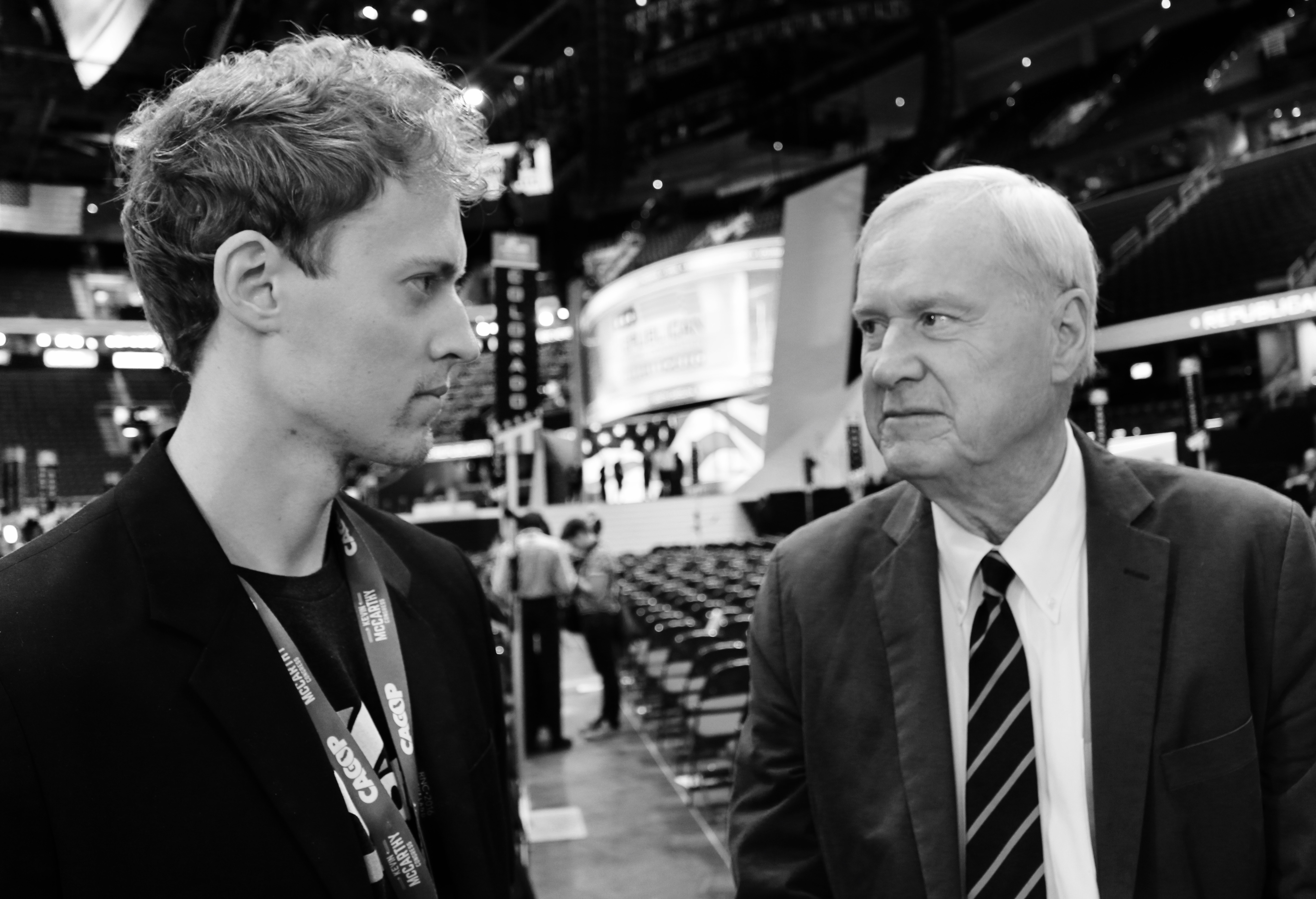 Don’t know who to vote for in this election?
Voter
can help you. The free app (available for both iOS and android) developed by Chapman students at The Leatherby Center’s Launch Labs will match you with candidates running for office – think of it as Tinder for politics.

Quite simply, when you download Voter, it will ask you questions about yourself, your values and beliefs, and then present you with the political candidates who most closely match your preferences – identifying who are the candidates that are the best fit for your vote. “Instead of looking for who to support, find out who supports you,” says the website.

“We’ve powered our app with big political data to eliminate the need for voters to weed through the myriad of ads, news articles, and speeches that overwhelm us all during election season,” said Hunter Scarborough, founder and CEO of Voter, and Chapman alumnus. “Within a matter of minutes, you can learn who you should vote for – our goal is to make it as easy as possible for anyone to cast an informed vote.”

Voter’s success is no accident. The robust app, combined with the excellent timing by the team to heavily market it during the current presidential election cycle has seen users spike from 10,000 shortly after launch to 170,000 users today. In addition to attending both the Republican and Democratic National Conventions, as well as Freedom Fest (the Libertarian National Convention) this summer, Scarborough and his team have spent a majority of 2016 doing numerous media interviews promoting Voter.


Voter
was founded by Scarborough (2012, BA Public Relations and Advertising) in 2014. Why did he develop Voter? In a nutshell: “Uninformed voters don’t vote…or worse, they do.”

“During the 2012 presidential race, I became frustrated by how difficult it was to find political news sources I could trust. I didn’t want to vote on a sound bite from a news anchor, or a sound bite from a family member,” explained Scarborough. “Looking at the wealth of raw political data becoming available, I realized there could be a much faster and more accurate way to become informed.

Scarborough researched the potential market, and found he wasn’t alone in his disappointment with the current system; people are more disenfranchised than ever. The 2014 midterm elections saw the lowest voter turnout in 72 years (36 percent).

Voter investor Travis Trask said, “I was originally attracted to Voter because Hunter developed an attractive application that intrigues and informed an occasionally apathetic citizen (me). I also believe that creating a more informed voter through technology is an important and noble mission – I’ve been impressed by Hunter’s entrepreneurial thinking and have enjoyed watching Voter evolve as a frequent user.”

While the election has been an amazing catalyst for Voter’s success and growth, their mission does not end on November 8
th
.

“Our goal has always been to keep people politically engaged beyond the major election cycles,” says Scarborough. “We are working now on bill updates, a new feature that will notify you when legislation is being voted on that will impact your life in a meaningful way.”

Voter also is looking at expanding internationally, receiving countless requests to curate elections outside the U.S., with plans to begin with U.K.


Voter analyzes mountains of data, including public stances, voting records, speeches, and more. Here are the steps to using Voter:

Answer a few simple questions about your political opinions.

Find a tough question? Tap the card to get more information, including bullet points for and against.

Voter displays your match score as a percentage, describing how closely your views align with each candidate.

On Election Day Voter shows you where to vote, when to be there, and what to bring.