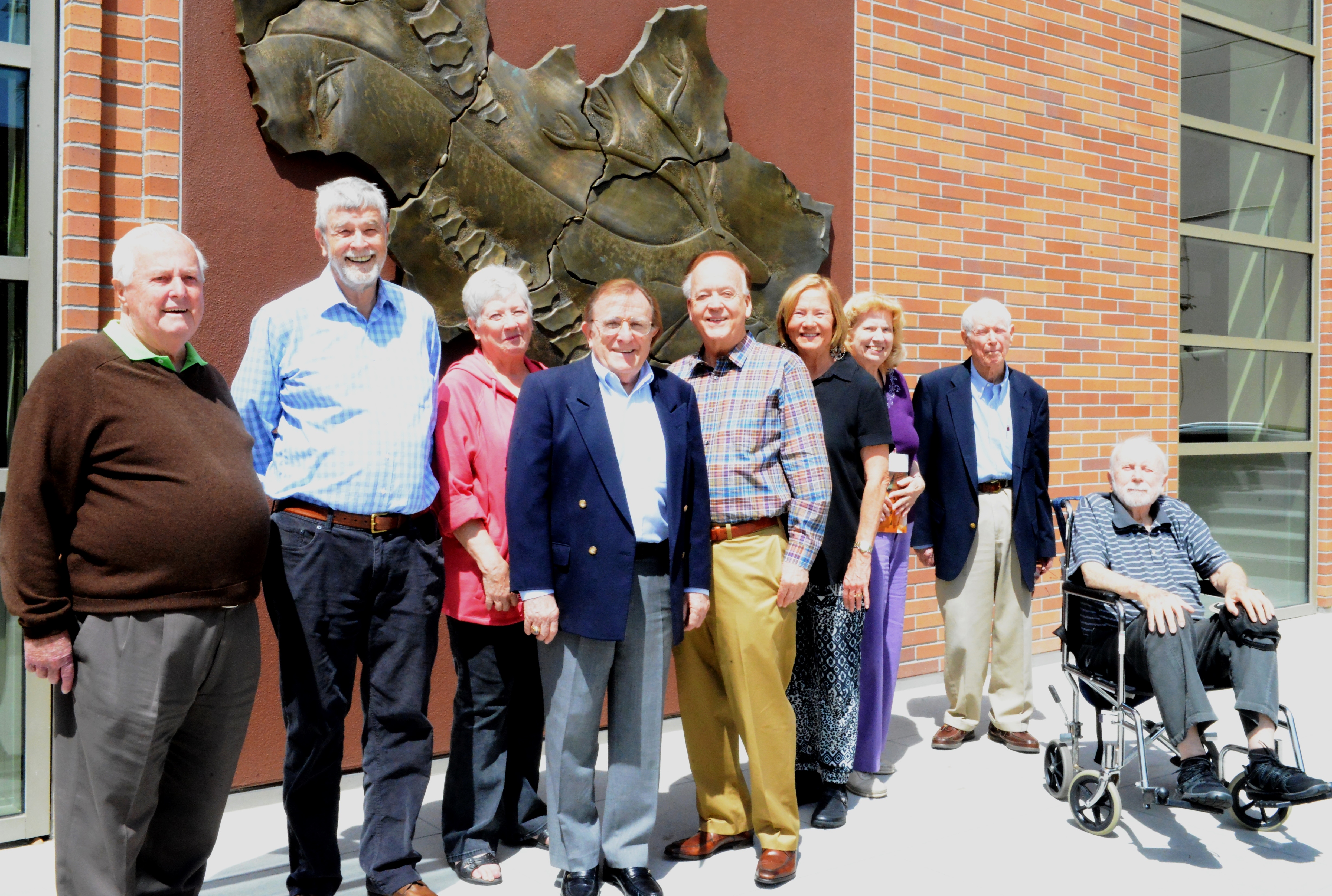 Students aren’t the only ones who leave campus only to find it stays with them for years. So do professors.

“I still wake up thinking of other ways I’d like to explain something in a lecture or some exam question,” said John Yules, professor emeritus of physics at Chapman University.

There’s even a professor’s version of the classic student’s dream.

“I’ve dreamed I had a final I had to give, but I slept through it,” Yules said.

Yet while students gather for reunions, until the founding of the new Association of Retired & Emeritus Faculty, professors who spent decades at Chapman sometimes felt detached from the campus community after they retired, even when they lived nearby.

So last year, Barbara Tye, Ed. D., professor emerita of education, began working with Don Booth, Ph.D., professor emeritus of business and economics, and John Koshak, professor and conductor emeritus of music, to create a group for retired faculty. They garnered the support of Joe Slowensky, vice chancellor for institutional effectiveness and faculty affairs, and formed a planning group of nine retired faculty members, including Yules.

“I think the reason was to be connected to a school that we basically spent our lives at,” said

Koshak, who taught at Chapman for 32 years before retiring in 2003, though he remains an active guest conductor.

After a former professor at Cal State Fullerton spoke to the organizers about how that school’s retired and emeritus group functions, the Chapman organizers created a contact list of 48 eligible members and launched the new organization with a luncheon in the Marvin W. Meyer Faculty Athenaeum in February that drew 31 former faculty.

“It was a huge success. People just loved seeing each other,” said Tye, who officially retired in 2008 but still teaches about two courses a year.

In April, the group toured the new Musco Center for the Arts, as Koshak saw the finished project for the first time.

“I had been in before for kind of a hard-hat tour when it was still muddy,” he said. “You couldn’t see the beauty of it when it was a shell. Now it’s a big and wonderful change. Everyone loves the hall.”

The group probably will take a similar tour of the Hilbert Museum of California Art and might venture off campus to other cultural sites or meet to hear about interesting hobbies such as Yules’ woodwork or his interest in opera.

Booth, who spent well over a half century on Chapman’s faculty before retiring in 2014 and still spends two or three days a week on campus running the Don Booth Philanthropy Fund – which awards about $50,000 a year to students for needs and projects apart from tuition — said retired faculty still have a lot to offer.

Once a mentor, always a mentor

“They have a lot of knowledge and people who know and trust them, and they can open doors for people,” Booth said. “I hate to see them just walk away. To me, they all have contacts in the world out there that can be useful for students.”

Besides fellowship and various mentoring opportunities, those in the new group are interested in being on email lists to notify them of campus events, and sadly, of memorial services for former colleagues who were important to them. They also might be invited to student reunions for years when they were teaching.

“It really is true it was past time for Chapman to have something like this. Most universities we talked to have been doing this for a long time,” Tye said, hoping other retired faculty take the baton and carry on a new tradition. “We wound up the mechanism and I hope it will be a perpetual motion machine.”