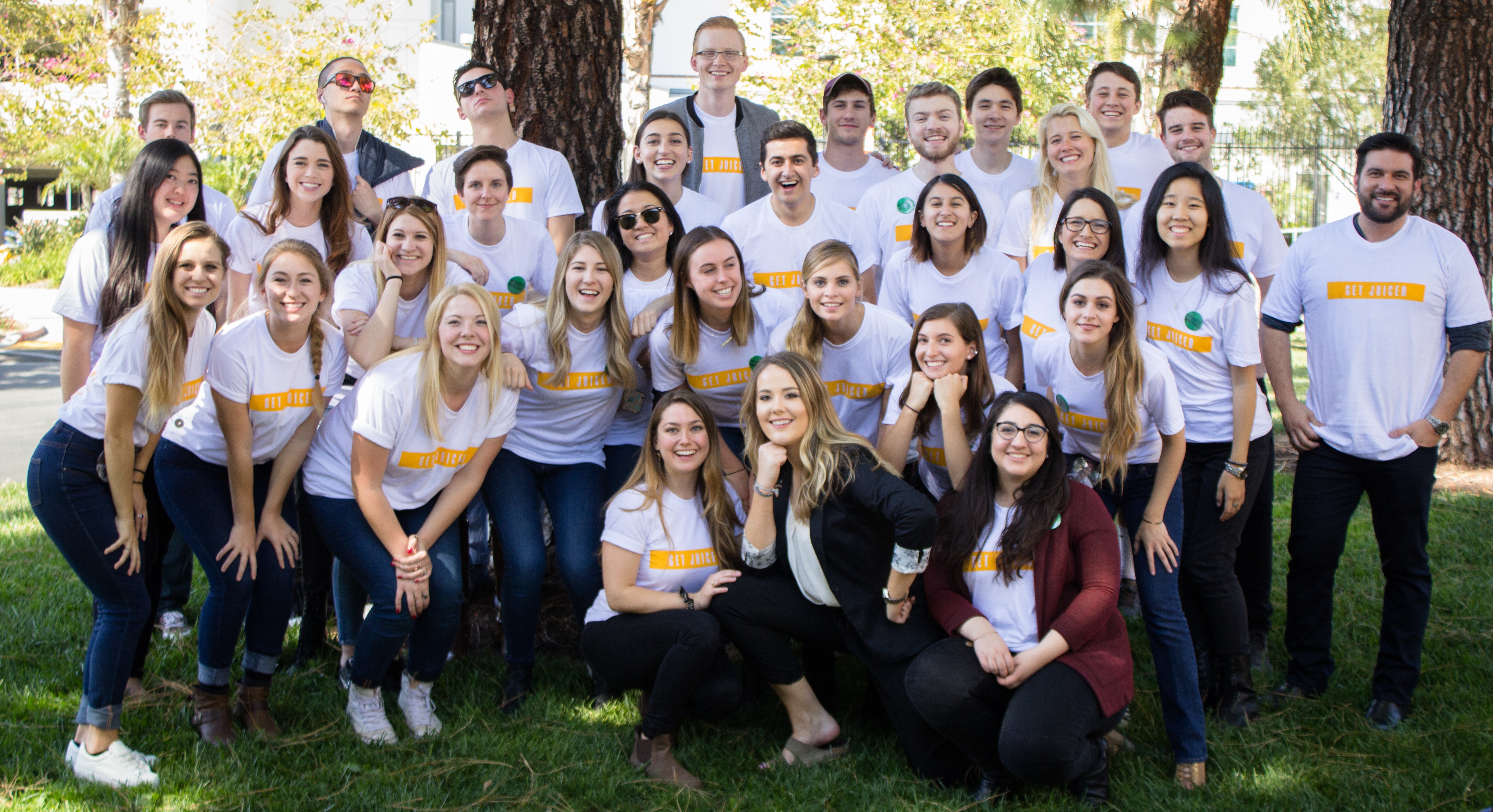 Students who led the 32-member team from the Dodge College of Film and Media Arts said their heartbreak at the passing of Professor Cory O’Connor, who founded the student NSAC club more than 10 years ago, complicated their project but they rallied nonetheless to create the kind of ad campaign that would have made him proud.

“His death really hit us hard, but it also gave us fuel. We won this for him,” says Ethan Hausser ’16, one of the two account executives who led the team, together with account executive Emily Senses ’16.

Likewise, Senses said, “All 32 members dedicated their heart and soul to this campaign and we were thrilled that it paid off. Cory would be so very proud.”

The competition is sponsored each year by the American Advertising Federation, which partners with a major corporate client that challenges student teams to create an integrated marketing campaign. Snapple is this year’s client.

With guidance from their new faculty advisor, lecturer Damien Navarro, the students prepared a 27-page campaign plan that beat out 9 other schools in the area district, including UCLA, last year’s district winner. Now the Chapman team is preparing for the May 4 semi-finals, which will narrow down 15 regional winners from across the United States to the final eight teams that will complete at the June nationals in Anaheim, Calif.

At the semifinals, the students will face a panel of industry judges who will ask a variety of questions that will challenges students to defend their 27-page campaign plan, which covered everything from market research to branding concepts and art designs.

They’ll carry with them that same momentum and spirit that helped them at the regional competition, but Senses says that in many ways they already feel like the top champs.

“Even if we don’t end up winning nationals, I am so proud of every member of my team for pulling through, despite the adversity we faced,” she says. “I think this win not only speaks volumes of their talent, but also of their character.”