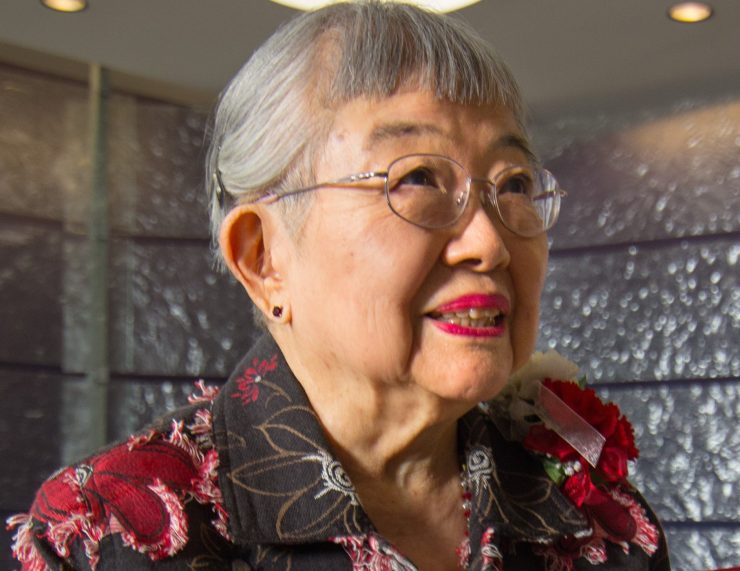 The Legacy of Heart Mountain

During a recent visit to Chapman, Ito reflected on a time seven decades ago when she sought to build a new life out of the turmoil and prejudice of World War II. The occasion was a screening of the Emmy-winning documentary The Legacy of Heart Mountain, which chronicles the wartime struggles of Japanese American internees.

Life was grim at the Wyoming camp where Ito and her family were held. Barbed wire ringed the compound, and the uninsulated buildings offered little respite from the winter chill.

After the war, Ito found a different existence on the Chapman campus, then in Los Angeles. “I felt so welcome, so accepted there,” she recalled.

She chose Chapman for its sociology program, and because it was welcoming other Japanese American students.

“It was such an honor for Chapman to accept me because we were so hated at that time,” Ito said.

The screening offered the University a chance to honor Ito, 91, for her example of resilience and her dedication to social work. Ito accepted a proclamation but quickly pivoted back to her own gratitude, not just for the opportunity to finish her education but for the friendships that have endured.

Her brief remarks completed, Ito asked if any of her Chapman classmates were in the Memorial Hall audience. “I’m here, Toshi!” shouted Toni Siamis ’48.

“I’m over here.” The two women rushed as fast as they could to embrace off stage.
As the lights went up and the hall started to empty, the friends stayed side by side, their hands overlapping. Their smiles were so young.