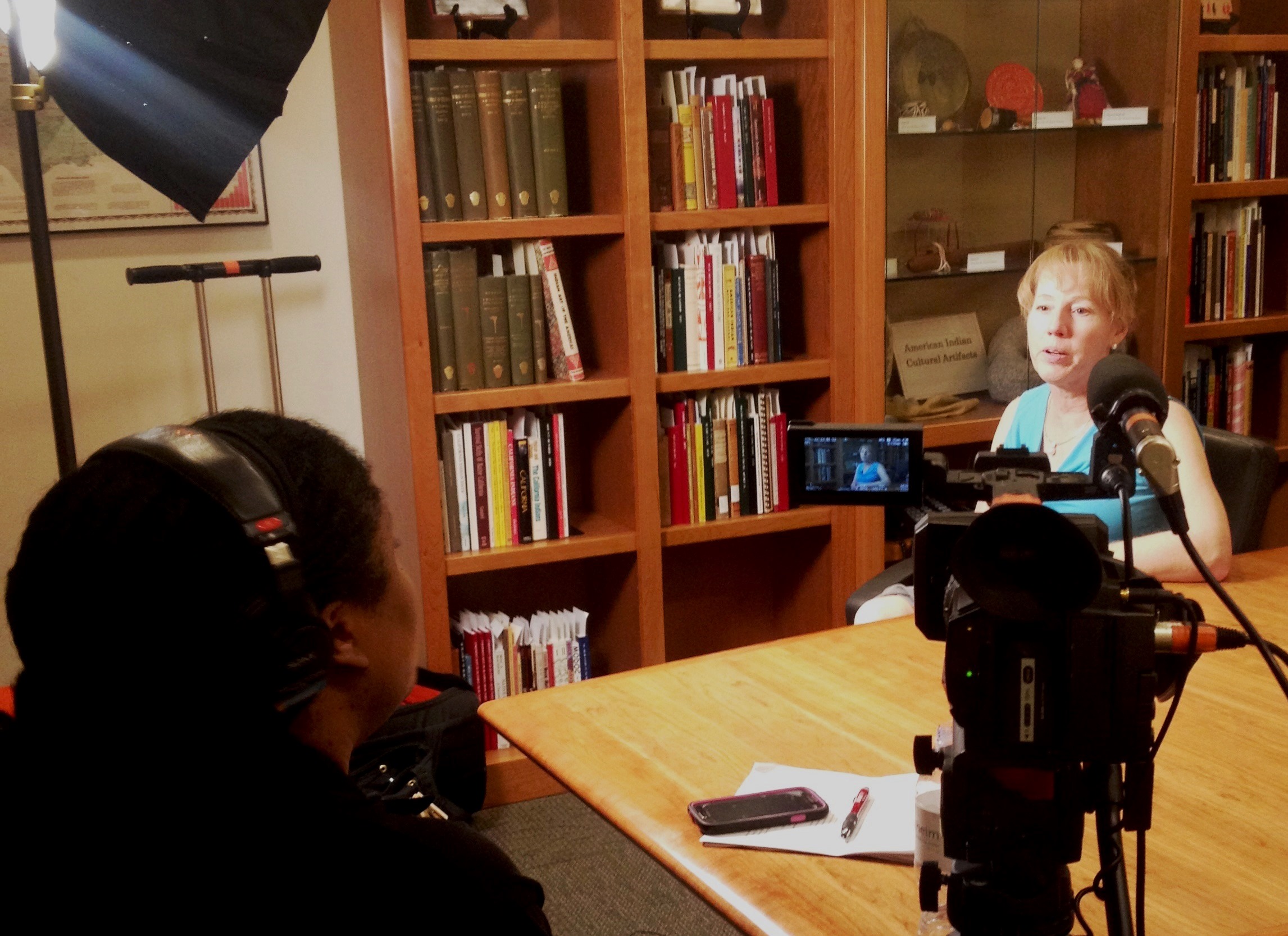 In case you missed it this weekend, Chapman was the belle of the cable ball for C-SPAN on
Book TV
and stole the show on a
2016 LCV Cities Tour
of Anaheim and its surrounding communities.

Lori Cox Han,
Ph.D., professor of political science, discussed  her book
In It to Win
, illuminating the current presidential race and women in politics.

Jennifer Keene,
Ph.D., professor of history, discussed the history of the doughboys and American involvement in WWI from her book
Doughboys, the Great War, and the Remaking of America.
Keene will be featured again later this month on C-SPAN American History TV delivering a lecture to students in her World War I history class for “Lectures in History.”

Rand Boyd, Leatherby Library special collections and archive librarian, and archivist Lauren Menges took C-SPAN3 on a trip through time at the
Center for American Wars Letters
, showing the ways that communication has changed throughout our letter-writing history.
See it here
!

Marilyn Harran, Ph.D., professor of history, and the
Rodgers Center for Holocaust Education
got double the air time in  two separate segments, one on
Holocaust Education and the writings of Elie Wiesel
and one discussing the
Sala and Aron Samueli Holocaust Memorial Library
, and the responsibility of preserving Holocaust history for middle and high school students involved in the
Holocaust Art and Writing Contest
. The winners of this year’s contest, mentioned in the segment, were announced last week prior to the segment airing.