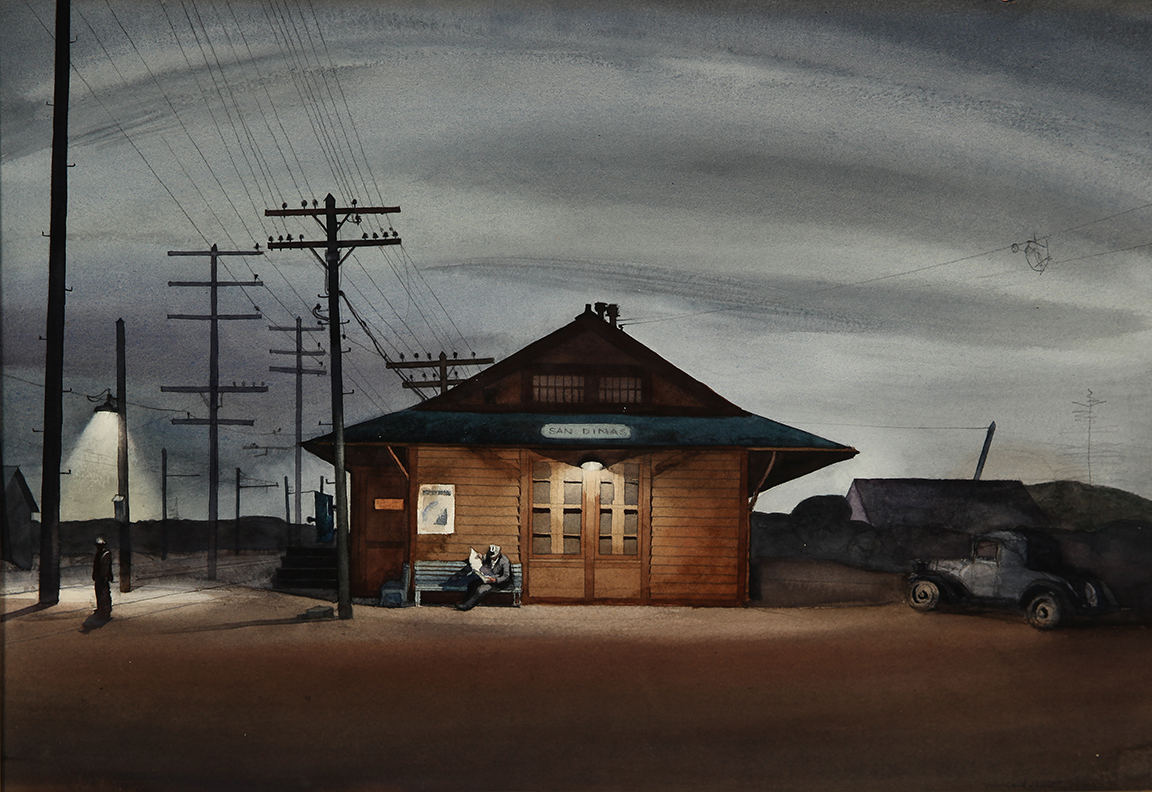 Chapman University’s first museum — the Hilbert Museum of California Art — will open on Friday, February 26, 2016 with a splashy Open House from noon to 5 p.m., directly following President Doti’s final State of the University address at 11 a.m. Attendees can hear the president’s speech in Memorial Hall and then board a shuttle bus or stroll over to the Museum, which is located at 167 N. Atchison Street in Orange, directly across from Ruby’s Diner and the train station.  Visitors will enjoy refreshments catered by Ruby’s while viewing the Museum’s opening exhibition, “Narrative Visions: 20th-Century California Paintings from the Hilbert Collection” — a selection of works from the impressive collection of California Scene paintings donated to Chapman by collectors Mark and Janet Hilbert of Newport Beach, and curated by California Scene painting expert Gordon McClelland.

And then, as if that weren’t more than enough, there’ll be a second opportunity (in case you’re working or have classes on Friday afternoon): on Saturday, February 27, the Museum will throw another Open House, this time in the evening, from 5:30 to 9 p.m., with refreshments by Ruby’s Streamliner Cafe.  Both events are free and open to the public.

After the two-part opening, the Hilbert Museum will settle into its regular hours — Tuesdays-Saturdays from 11 a.m. to 5 p.m., closed on Sundays and Mondays.  Museum admission is always free. For more information, check out the Museum’s website at
www.hilbertmuseum.org
.

The Hilbert Museum is the only museum in the nation to showcase the work of the artists who created the California Scene painting movement as they visually captured the history and culture of the Golden State, from the 1920s to the present day.  The collection — and opening exhibition — include works by such noted California painters as Millard Sheets, Milford Zornes, Phil Dike, Barse Miller, Dong Kingman, Rex Brandt, Emil Kosa Jr., Lee Blair and many more.  (Seen above: “San Dimas Train Station,” 1933, by Millard Sheets, watercolor on paper.)

In 2014, the Hilberts generously donated artworks worth about $7 million, plus $3 million to be used toward the establishment of the museum, to support the collection and to enhance its educational mission.

“This is an incredibly important gift to Chapman University, and we are honored that the world-class Hilbert collection of California art has been placed into our care to share with our students, the Chapman community and the public,” said President Doti. “The art, the lives of the artists, their place in California art and American art history, and the personal vision of the amazing couple who collected the works have much to teach all of us.”

“We’re delighted that Chapman University will be the home of these works we have devoted ourselves to collecting, and that they will be shared with the students, faculty, visiting researchers and the wider public,” said donor Mark Hilbert. “We feel that the university’s mission, and its unique location in historic Old Towne Orange, already a magnet for those interested in the rich California history of the area, make Chapman the perfect location for a museum showcasing these works, inspiring people with their beauty and encouraging intellectual inquiry.”