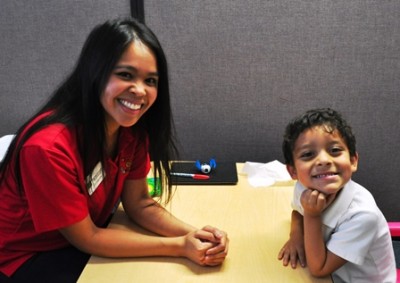 Chapman University’s Communication Sciences and Speech Disorders program in the
Crean College of Health and Behavioral Sciences
has won three awards from the California Speech-Language-Hearing Association.

The honors include: Outstanding Achievement in Speech and Language; Program of the Year, in recognition of the program’s work at the Scottish Rite Childhood Language Center in Santa Ana, California; and the Outstanding Student Award, which will go to
Lisa Bombarda
(M.S. ’16).

Bombarda so excelled during her first year in the Chapman program that she was previously selected for the 2015 California Baldwin Scottish Rite Scholarship.

The awards will be presented during the CSHA 2016 Annual Convention and Exhibition, to be held in Anaheim on April 28 through May 1.