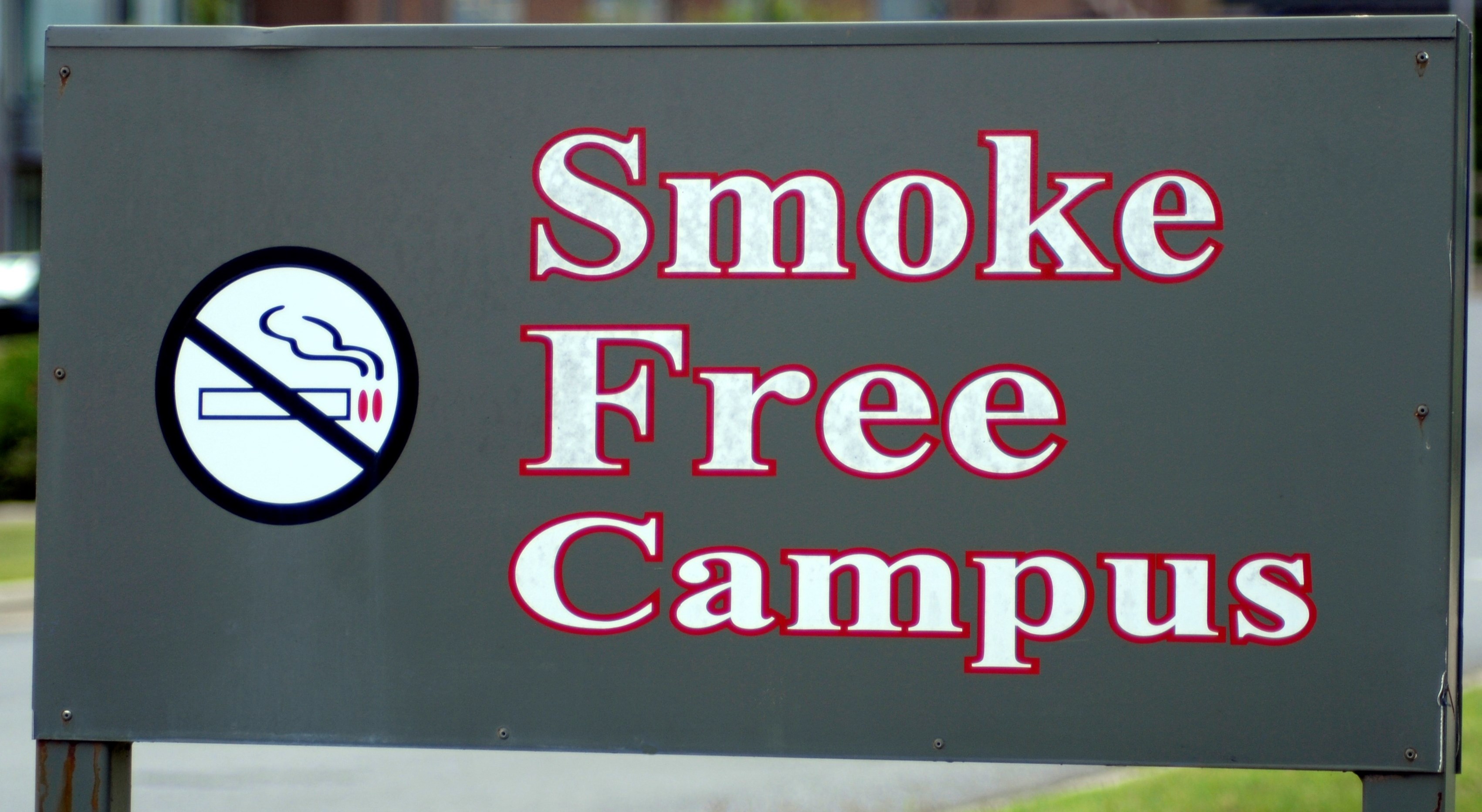 Chapman University has joined the growing list of college campuses that are opting to go completely smoke-free. The result of a student-led initiative spearheaded by Student Government Association (SGA) President Josh Nudelman and SGA Senator Henry Callander, the new smoking ban will officially go into effect on Monday, February 1, the first day of Chapman’s spring semester, and will cover all areas of the campus not affected by previous smoking bans.

The new policy prohibits the on-campus use – including in all outdoor areas of the campus – of cigarettes, e-cigarettes, cigars, water pipes, pipes, hookahs, and any other combustible or smoke-generating products or devices. Those who choose to smoke may do so on City of Orange-owned property surrounding the perimeter of the campus.

At Chapman, smoking was already banned in all campus buildings – offices, classrooms, residence halls and university-owned faculty rental houses included. California law also already prohibits smoking within 25 feet of any door or exit from a publicly accessible building. So the new policy will apply to the rest of campus property not already covered by the previous bans. Chapman’s Rinker Health Science Campus in Irvine has been smoke-free since it opened in 2014.

“The impetus for the movement is clear,” said Harold Hewitt, Jr., Chapman executive vice-president and chief operating officer, in announcing the smoking ban via a campus-wide email on Monday, January 11. “Colleges and universities are making this commitment in order to promote good health, including protecting non-smokers from second-hand smoke. By taking this action, Chapman is joining the growing national ranks of colleges and universities that have made the commitment to a smoke-free environment. Since 2010, smoke-free campuses, including both the University of California system and the California State University system, have grown by 47%, to 1,672 campuses.”

The student leaders carefully surveyed and met with members of the student body, faculty and staff while building consensus for the initiative. In their survey of the Chapman student body, 86% of those answering the survey said they were in favor of a completely smoke-free campus. Chapman’s Student Government Association and Faculty Senate both affirmed the recommendation during their meetings in November 2015. The Chapman staff advisory organization discussed and supported the ban during their meeting on December 11, 2015. And finally, the Chapman Senior Staff voted to approve the smoke-free measure during their meeting on January 6, 2016.