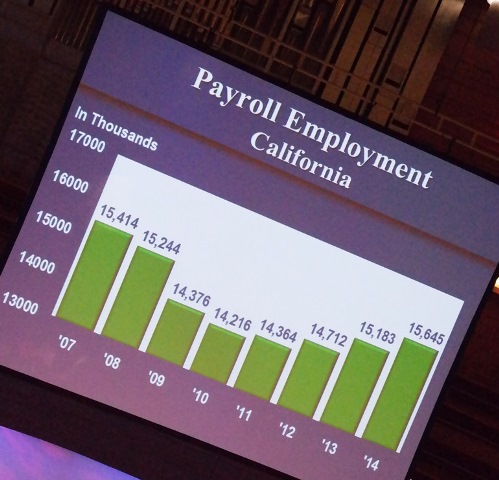 The A. Gary Anderson Center for Economic Research at Chapman University on Wednesday, Dec. 9, released the results of its 38th annual economic forecast for the U.S., California and Orange County. The forecast was presented to about 1,500 Orange County business leaders at the conference held at the Segerstrom Center for the Arts in Costa Mesa. Following are highlights from the center’s forecasts.

ABOUT THE ANDERSON CENTER FOR ECONOMIC RESEARCH


The A. Gary Anderson Center for Economic Research (ACER) was established in 1979 to provide data, facilities and support in order to encourage the faculty and students at Chapman University to engage in economic and business research of high quality, and to disseminate the results of this research to the community.