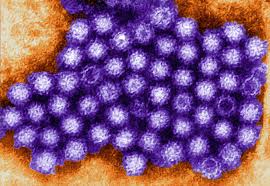 Chapman University is addressing a small outbreak of what is suspected to be norovirus on campus with a multi-pronged effort that has included cleaning and disinfecting of surfaces, messaging to students and members of the campus community, and coordinating the attack with the Orange County Health Care Agency (county health department) and various campus offices.

The outbreak of gastrointestinal illness appeared to begin on December 2, with some students reporting symptoms.  The origin of the virus is unknown at the present time, and investigations by the health department into its origin continue.

Currently more than 50 students have reported symptoms. The health department has determined that the cause of the illnesses is most likely norovirus, which can be foodborne or passed along by human touch.  At the present time two students have been confirmed by medical tests to have norovirus.

The incidence of reported cases has been declining each day since December 8, following an immediate and dedicated effort by the University and health department to disinfect common areas and message the student body, so it is hoped the outbreak is now under control.

Norovirus is a very contagious gastrointestinal virus that is most often passed along by touch, and is the most common cause of acute gastrointestinal illness in the United States. It can also be foodborne, typically by salad greens or oysters that have contacted noro-infected water, or through food handling by infected persons.  Symptoms include nausea, vomiting, diarrhea and dehydration, and typically subside after several days. An infected person can spread the virus before showing any symptoms.

The virus is not airborne. It cannot be spread by coughing, sneezing or by just being in the same room with an infected person. It is typically spread through contact with contaminated surfaces, and can live on surfaces for weeks if not cleaned with a bleach or a strong disinfectant solution. Washing hands thoroughly with soap and hot water and using hand disinfectant have been shown to be effective in preventing the virus from passing person-to-person by touch.

Cleaning crews using the medical-facility standard for disinfecting were deployed to clean high-traffic areas on the campus and areas the affected students have used. The University’s Randall Dining Commons was closed over the weekend of December 5-6 for intensive cleaning and disinfection. The county health inspector has signed off that the dining commons has been disinfected.

The University’s dining staff has been trained by the OC health department on how to work safely and protect students from the virus in the disinfected facility, and the dining commons opened for breakfast on Monday.

Hand-sanitizer stands stocked with disinfectant are available in all major campus buildings, and campus restrooms have hands-free soap and paper towel dispensers.

The campus health center, residence life staff, and Dean of Students’ office have been closely coordinating information with the county health department since the outbreak began. Chapman Dean of Students Jerry Price, Ph.D. sent an email to all students on Friday informing them of the outbreak and the closure of the dining commons for disinfection.

Chapman University has posted this FAQ
, which includes advice on how members of the campus community can minimize their chances of contracting the virus and what they should do if they become ill.

Chapman officials and the Health Department continue to monitor and investigate the situation. 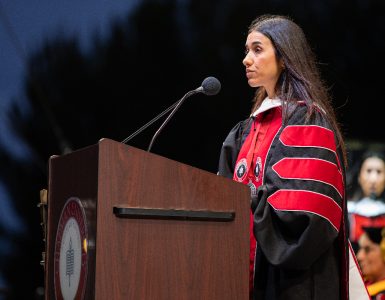