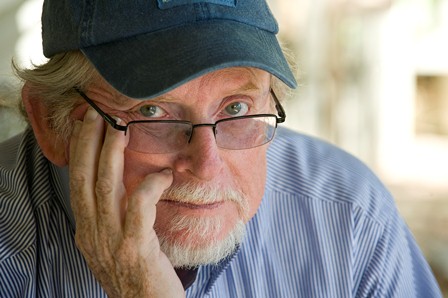 Aspiring fiction writers may apply for a once-in-a-lifetime free writers’ workshop led by renowned, award-winning author Richard Bausch at Chapman University.  Bausch – a Chapman professor of English and creative writing who has authored a dozen critically acclaimed novels and is considered a master of the short story form – will offer his third annual Chapman Creative Writing Workshop during the university’s 2015 spring semester.

The competitive application process is open now, via manuscript submission, to anyone in Orange County, Los Angeles County or the surrounding region who is able to meet at Chapman University in Orange once a week. (Students, faculty and employees of Chapman University are not eligible to apply – the workshop is aimed at the non-Chapman public.)

Applicants must submit a fiction manuscript of up to 15 pages by Monday January 25, 2016.   (Nonfiction, poetry, etc. will not be considered.)  Bausch will personally read and consider all manuscripts and select ten participants for the workshop, who will be notified shortly thereafter.

The workshop will commence meeting with Bausch on February 2 and will run, once a week, for 14 weeks. All selected applicants must be able to attend the workshop on the Chapman campus in person each week. There is no age requirement for applicants – workshop participants have ranged in age from high school students to people in their 80s.

Manuscripts of no more than 15 pages should be sent to Richard Bausch, Chapman University Creative Writing Workshop, Department of English, Chapman University, One University Drive, Orange, CA  92866, or may be submitted via email to bausch@chapman.edu. Submission should include the writer’s name, phone number and email address. The submission need not be a complete story, but should be what you consider to be a good sample of your fiction writing. More information, including testimonials from previous workshop participants, is available at www.chapman.edu/wilkinson/english/writing-workshop.aspx,

Richard Bausch’s work has appeared in The Atlantic Monthly, Esquire, Harper’s, The New Yorker, Narrative, GQ, Playboy, The Southern Review, New Stories from the South, The Best American Short Stories, O. Henry Prize Stories and The Pushcart Prize Stories; and they have been widely anthologized, including in The Granta Book of the American Short Story and The Vintage Book of the Contemporary American Short Story. The Modern Library has published The Selected Stories of Richard Bausch. Bausch has won two National Magazine Awards, a Guggenheim Fellowship, the Lila-Wallace Reader’s Digest Fund Writer’s Award, the Award of the American Academy of Arts and Letters, and the 2004 PEN/Malamud Award for Excellence in the Short Story. In 1995 he was elected to the Fellowship of Southern Writers. In 1999 he signed on as co-editor, with RV Cassill, of The Norton Anthology of Short Fiction. Since Cassill’s passing in 2002, Bausch is the sole editor of that prestigious anthology, the 8th edition of which has just been published (http://www.amazon.com/Norton-Anthology-Short-Fiction-Eighth/dp/0393937755).

Bausch is the author of 12 novels and eight collections of short stories, including the novels Rebel Powers, Violence, Good Evening Mr. and Mrs. America And All The Ships At Sea, In The Night Season, Hello To The Cannibals, Thanksgiving Night and Peace; and the story collections Spirits, The Fireman’s Wife, Rare and Endangered Species, Someone To Watch Over Me, The Stories of Richard Bausch, Wives and Lovers and Something Is Out There. His most recent novel, Before, During, After, was published in 2014 to widespread critical acclaim.  His novel The Last Good Time was made into a feature-length motion picture directed by Bob Balaban.