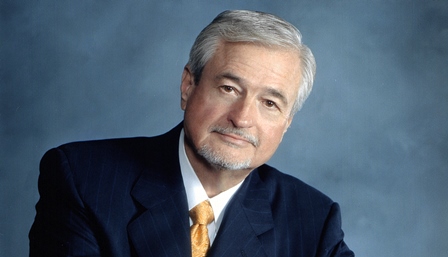 David A. Janes named chairman of Chapman University Board of Trustees

With the unanimous support of the members of our university’s governing boards, Trustee David A. Janes has been appointed as the new chairman of the Board of Trustees of Chapman University.

With the unanimous support of the members of our university’s governing boards, Trustee David A. Janes has been appointed as the new chairman of the Board of Trustees of Chapman University.

Janes and his wife, Donna, have been ardent and active supporters of Chapman University for more than 15 years. Donna Janes is a member of the Women of Chapman, and together they have provided tremendous support for the Chapman Fund and the annual American Celebration Gala, including serving as co-chairs of this signature event in 2009, leading a remarkable fundraising effort that generated $2.1 million for scholarship assistance.

Prior to serving as a trustee, Janes was a member of the Board of Governors, and he continues to serve on the Board of Counselors of the Argyros School of Business and Economics.  He is also chairman of the Board of Regents of Brandman University, which as you know, transitioned from its identity as Chapman University College only a few short years ago.

Notably, he has devoted considerable time and effort to helping the students of the Argyros School to flourish. In particular, he has contributed a great deal of personal attention to bringing the school’s Janes Financial Center to fruition. The Bloomberg terminals housed in the Janes Center on the 2
nd
floor of Beckman Hall provide students with access to one of the most extensive databases of global financial information available in the world.  Equipped with 12 Bloomberg terminals, the Janes Center has the distinction of having the most terminals of any business school in Southern California.

In 2008, when Nobel Laureate Dr. Vernon Smith and his team came to Chapman to found the
Economic Science Institute
, the Janes stepped up to fund the Donna and David Janes Endowed Chair in Experimental Economics held by Professor David Porter, Ph.D. Porter is a member of the team led by Professor Vernon Smith, Ph.D., who was awarded the Nobel Prize in Economics in 2002 for his groundbreaking work in experimental economics.

“We are incredibly fortunate to have him and his distinguished team teaching this cutting-edge discipline to our students. David and Donna have also provided support for numerous other resources, including helping to grow the Leon and Olga Argyros Library of Business and Economics in the Leatherby Libraries,” said President Jim Doti.

Janes is a retired rear admiral in the United States Navy and CEO of Janes Capital Partners, a private investment firm in Orange County. In addition to leading Janes Capital Partners, he was appointed by the Secretary of Defense as the national chairman of the National Committee for Employer Support of the Guard and Reserve, an agency whose mission is to gain and maintain support from all public and private employers for the men and women of the National Guard and Reserve. He serves as the chairman of the Department of Defense (DOD) Advisory Board for Employer Relations.

He retired from the United States Navy in 1994, having served in the Navy Reserve for 36 years.  His military career included service as commander of the Naval Reserve Readiness Command Southwest and Chairman of the DOD Reserve Forces Policy Board Committees on Readiness and Mobilization.

In addition, Janes is also involved in civic and charitable endeavors, which include serving as chairman of the Orange County Council of Boy Scouts. He was instrumental in the effort to rebuild the Newport Beach Boy Scout Sea Base, a $7 million project. He also served as chairman of the Newport Beach Committee to develop a 25-year vision for the city.

Janes is an avid competitive sailor, whose impressive wins include the 2001 Trans Pacific Race and the 2002 Pacific Cup Race from San Francisco to Hawaii. He also holds the record in a 40-foot sailboat in the 1,150-mile International Yacht Race from Marina del Rey, Calif., to Puerto Vallarta, Mexico.

His term of service is preceded by that of Chairman Doy Henley, who stepped down this year.

“We are deeply grateful for the continuing service and leadership Doy devotes to our academic community,” Doti said.  “As chairman, he has lent considerable wisdom and provided important leadership through a number of critical projects, including the establishment of university’s
Harry and Diane Rinker Health Science Campus
, Panther Village, the Digital Media Arts Center and the nearly completed Musco Center for the Arts. I personally wish to express my heartfelt gratitude to Doy for being my mentor. He was always there for me, providing me with support and encouragement. We are fortunate, indeed, that he will continue to serve on Chapman University’s Board of Trustees as chairman emeritus.”
chapman university David A. Janes