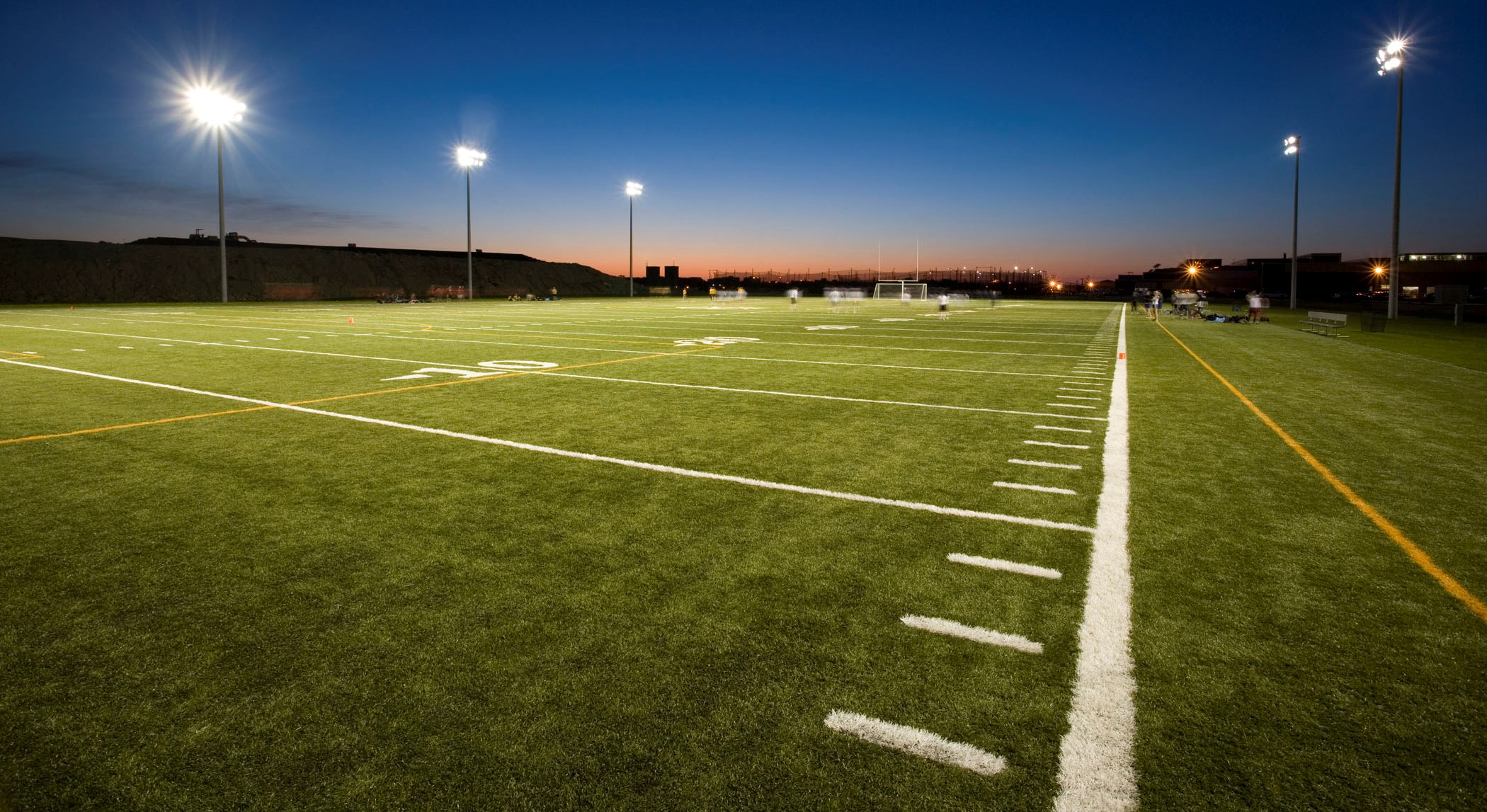 Don’t worry – it may be Super Bowl week and this story is about sports health, but it isn’t going to be all about football and concussions.

Don’t worry – it may be
Super Bowl
week and this story is about sports health, but it isn’t going to be all about football and concussions.

As the new president of the
California Athletic Trainers’ Association
, Jason Bennett, DMA, associate professor and director of Chapman University’s Athletic Training Program is the first to note that athletic trainers work beyond the gridiron. Graduates of the
Chapman
program find jobs in many arenas, from medical offices to FedEx, where bum shoulders can clobber the bottom line.

But the sports world is where many will work, often in high schools. Still, some school districts skimp on athletic trainers. It’s a dangerous choice, Bennett says. He admits “I’m biased,” because he is keen to advance the profession, but he says young athletes are at risk of serious injury when certified athletic trainers aren’t part of athletic departments.

That’s just one of the causes Bennett will work on as head of the state association. We asked him to discuss some of the unique challenges that arise in youth and high school programs. So, yes, a bit of football.


Q. Right now we’re reading a lot about the NFL’s concussion protocols and legal consequences. Are there different concerns regarding concussion at the youth and high school level?


A.
Definitely. The science shows us that your brain is still developing at middle school and high school. When they sustain a concussion, they actually need a longer rest period. What happens is we as a society say ‘Hey we see the NFL guys who are 30 years old, they get a concussion and they come back next week.’ We can’t apply that same standard to a sophomore who is 15 and whose brain is still developing. Another challenge with concussions in this age group is that research shows that 50 percent of high school athletes will not report their symptoms, because they want to play. You can’t rely on someone telling you they have symptoms.

Q. How do you deal with that?


We need objective criteria, which goes back to what certified athletic trainers can do. We do baseline tests of all our athletes. We get an objective measure of how did your brain function on day one without a concussion. Then when they get a concussion we give them the same test again and we can compare objectively. And they need more time to recover. They’re more likely to have second impact syndrome if they go back in with symptoms. Unfortunately, what happens with those is you get a massive hemorrhage in the brain. And so unfortunately, you hear sometimes about athletes dying on the field because they got a hit. And it may not even be a big hit at all but it got them just right and they have a massive hemorrhage right there and there’s not much you can do for them. Much more common in high school athletes. And again, second impact is when they’re still healing from the first one.

Q. Given the risks of brain injury, should football change?


A
. I think you’re seeing it change and I think you’re seeing it change properly. There is a greater focus on proper technique, especially in youth football. But there’s no standard that says everybody has to be certified in some sort of
Heads Up
tackling technique. But if you watch football, you’ll see tackles all the time where guys dip their head down at the last second and newscasters will say what a great tackle that was. No that’s a horrible tackle. He made a great hit, a big collision, but it’s not a good tackle. It gets sort of glorified on TV. It’s bad for the player. If you dip your head down you’re basically putting your cervical spine in a position where it can’t absorb the impact.

Q. Should flag football be the norm until high school?


There’s nothing wrong with flag football until high school. I think you’re seeing the numbers decline in youth tackle and I think you’re seeing more of a focus on flag football. I think that’s appropriate from just a movement standpoint, too. Kids need to know how to move and where to go. There’s a lot about football, and any sport, that’s not just about the hitting.

Q. What about the tendency among some young athletes to hyper-focus on one sport year round?


A.
Not good. You’re seeing 13-year-old baseball players with a total tear of their ulnar collateral ligament. It has little to do with mechanics. Usually, it’s just fatigue and overuse. We’re too focused on getting athletes to be really good at a sport, instead of focusing on being a good athlete. So how do you move? Can you run with good form? Do you have good core stability? Are you good at functional movement? So you can be really good at swinging a baseball bat, but you could run really horribly. That doesn’t help you in anything else other than swinging a bat. There’s way too much specialization in my opinion. My daughter’s 10 and plays softball and we purposefully don’t play year round softball. It’s just good to do different things, develop different muscles.


The California Athletic Trainers’ Association was among the groups that backed California AB 2127, a new law that took effect this month limiting the time middle and high school students can spend in full-contact practice. Next on the association’s agenda is Assembly Bill 161, a proposed law introduced this month that would allow people to call themselves athletic trainers only after they’ve graduated from an accredited college-level athletic training program and passed certification exams.
California is the only state without such a requirement.

Says Bennett:
“I don’t want somebody to say they’re an athletic trainer and to be hired to cover football when they don’t have the proper education and the proper experience,” he says. “That’s a danger to the athlete.”

Q. What about female athletes? Any different safety issues?


A.
Women and girls are more likely to have torn ACLs in their knees. There’s a lot of factors that go into that. For our athletic trainers we do an ACL prevention program for women’s sports. Girls tend to land a little more straight legged, so instead of the muscles taking up all the force, all the force goes to the ligaments. We teach them to land more on their toes and bend their knees more. We also do a movement screening. We have them go through a couple little drills and see if they have deficiencies (related to hip strength and knee alignment.) If we do a one-legged squat and I can see this person’s knee is driving into the inside instead of staying in line, ok that means you’re weak up here in the hip. And yeah, you’re going to keep playing but let’s do some things that’s going to get this strong so we can limit that as much as possible.

Q. That must be rewarding.


A.
That’s the advantage of having an athletic trainer. There’s a big focus on prevention and that ideally that is the best thing rather than waiting until someone gets injured. That’s the fun part of it, too.