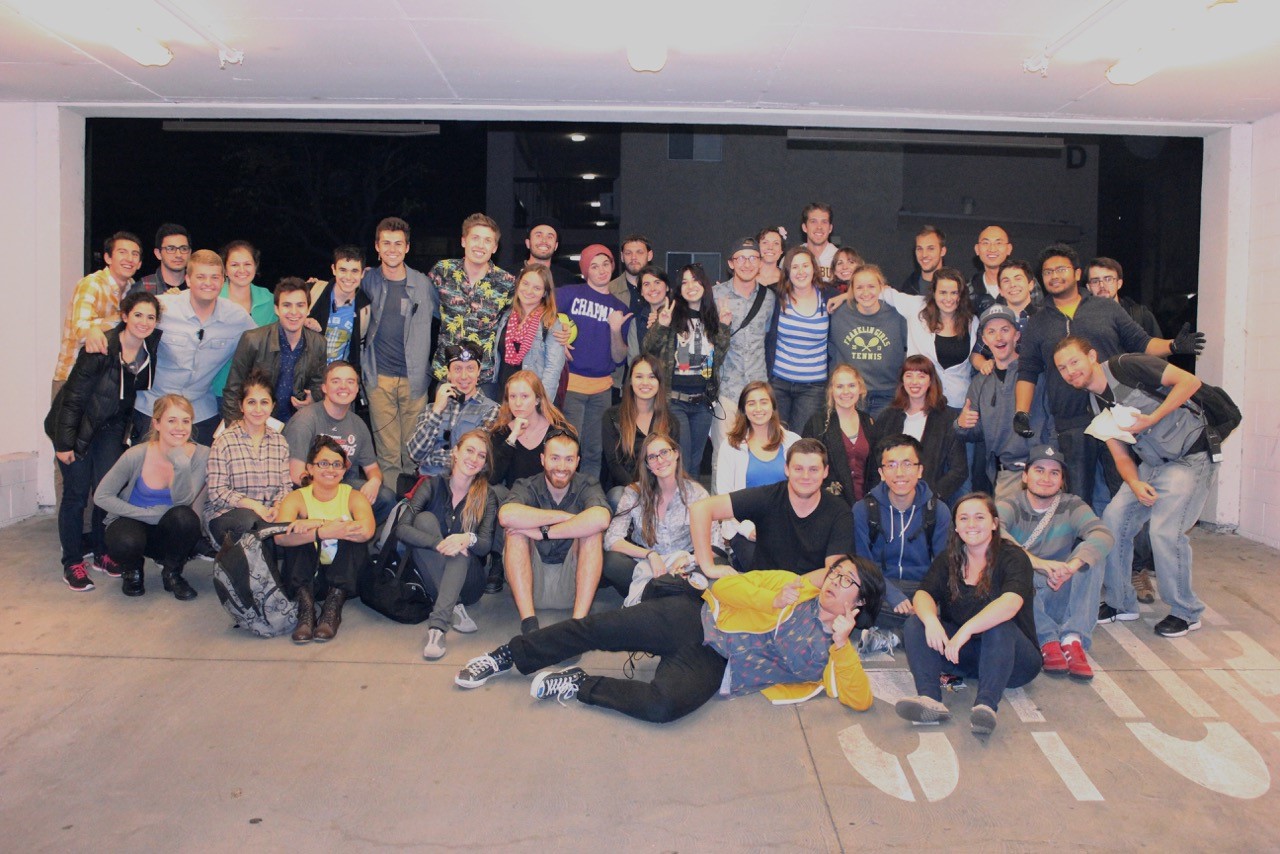 This January Jacob Moncrief ’16 is attached to a walkie-talkie 13 hours a day. Cat McCaw ’15 is always counting the minutes. They are surrounded by nearly 100 students who hop at their every command.

What could possibly be so urgent that keeps these students on high alert? Just the task of filming an original television pilot, that’s all. It’s actually the interterm course Prime Time Production: Shooting the Dramatic Series. But the class comes with all the real-world pressures to deliver a great product on time, within budget and ready to show to the industry. 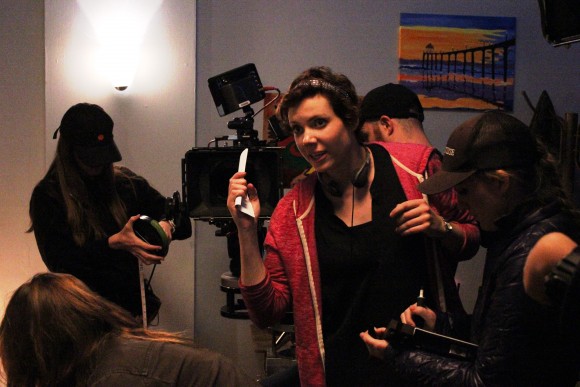 “No skiing, no snowboarding. It’s always here,” McCaw said with a grin, describing her typical January as a television production student at Chapman University’s
Dodge College of Film and Media Arts.

But she wouldn’t be anywhere else.

“Thankfully, I’m a television major, so this is kind of my jam,” said McGaw, director of Calculations, the first of two pilots the students will film this month.

It’s the kind of experience made possible by Chapman University’s January interterm, a four-week session between the traditional fall and spring semesters. After their holiday break students in disciplines throughout the campus may opt to return for a hyper-focused blast of study or hands-on projects that typically don’t fit into the traditional calendar. For example, at this moment business students are meeting the finance world’s movers and shakers in Walk Down Wall Street, others are much further south studying natural history in the environmental studies course
Darwin and the Galápagos.

Closer to home, the television production students happily roll up their sleeves and rule the studios of Dodge College in January. Two pilot scripts are pitched, written and polished during spring and fall. But come January nearly 100 students come together to film them start to finish, ready to turn the footage over to a spring semester editing crew.

“Everyone’s really focused, everyone gets to run their departments. It’s a real world experience. It’s very fast-paced,” says Moncrief, who is executive producer for this session’s pilots.

The proof is in the productions. One of last year’s pilots, Sharp Left Turn, won Best Television Pilot at the Caucus for Producers, Writers, and Directors Annual Award Dinner, an award that included a $6,000 prize. Others are getting serious looks by major production companies.

Best of all, the interterm course gives students a realistic feel for the pace of television work, says
James Gardner, associate professor and director of television studies, and creator of the course.

“It’s like concentrated orange juice. It is intense,” Gardner says. 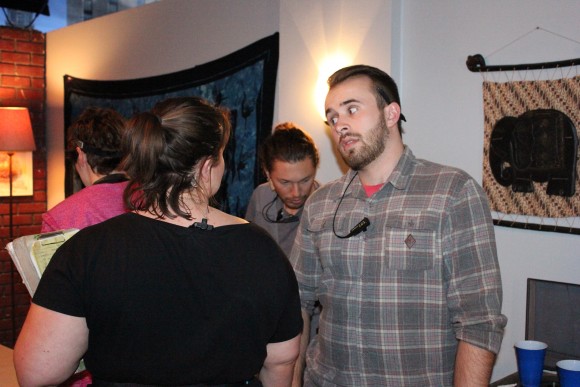 Like their professional counterparts in television, the students must meet budget. So they lean toward scripts that usually feature college-age characters – less make up and wardrobe required to get actors ready – and cast Chapman acting students in the roles. Because many are members of the Screen Actors Guild, the work must meet the guild’s regulations for on-set meals and breaks.

Which means keeping the crew late to shoot a couple extra shots would require paying up for another meal and scheduling a later start the next day to meet the guild’s rest period requirements. Consequently, some planned shots will be cut, if rain hits an outdoor location, an indoor version might be adapted on the fly and even late editing changes to the script may come into play.

Those unique challenges of television production aren’t for everyone, Gardner says. And some students discover that in the course. But others excel and even find more tangible rewards.

“The people who go along for the entire ride are the ones who get the best January experience,” he says. “It’s very pleasurable to see people blossom.”

This year’s pilots Finding Out by Christina Michaels ’15, a double major in English and screenwriting, and Calculations by Tasha Cohan (MFA, screenwriting), will be shown at a screening in May. Stay tuned for details by following Dodge College on Facebook.