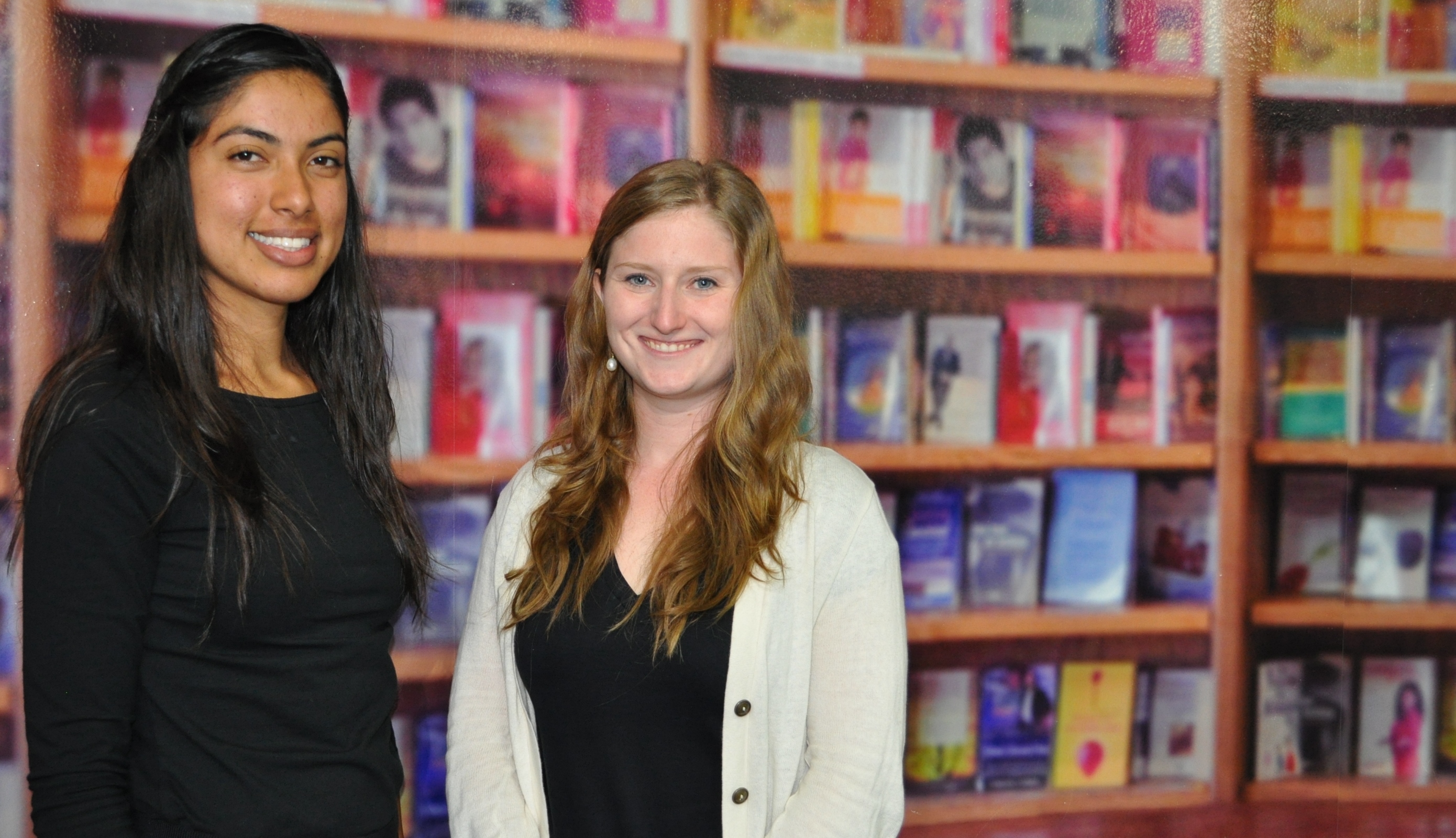 As part of its continuing commitment to civic engagement, Chapman University has partnered with the federal volunteer program AmeriCorps VISTA to bring two full-time volunteers to
Librería Martínez de Chapman University
, where they will develop and manage a college and career-readiness mentoring program for Santa Ana youths.

The project is an expansion of a small trial effort successfully tested last spring at Librería Martínez and one administrators with the College of Educational Studies are hopeful will develop into a lasting service opportunity for Chapman students.

“This could grow into something truly powerful that’s a real contribution to the local communities,” says Anaida Colon-Muniz, Ed.D., associate professor in the
College of Educational Studies
and the director of community education programs.


Librería Martínez is a bookstore and educational partnership between the College of Educational Studies and literacy advocate
Ruebén MartÍnez
, a presidential fellow and a
MacArthur Fellow
. The center is home to similar programs, from early childhood story times to adult education, as well as a regular slate of cultural and author events. The addition of AmeriCorps VISTA (Volunteers In Service To America) will build on that tradition, Colon-Muniz says.

“We wanted to expand in a diversity of ways, but we wanted to make sure we had a solid foundation,” she says.

AmeriCorps VISTA
(Volunteers In Service To America) is a federal program that taps the skills and talents of more than 8,000 Americans annually to support community efforts to overcome poverty. AmeriCorps marks its
20th anniversary
this month. The two VISTAs chosen by Chapman to work at Librería Martínez are Elsa Valdivia and Susanna Creed.

The recent college graduates — Valdivia holds a degree in psychology from Humboldt State University and Creed a degree in kinesiology from Towson University – are already quickly organizing the details of the teen mentoring program for Santa Ana area high school students.

Teens will be encouraged to explore all their options, from college to trade school, and taught how to tap into financial resources that can make college a reality. Chapman students are currently being recruited to partner with the high school participants for small-group activities at Librería Martínez.

Such support is especially critical to first-generation college students, says Valdivia, the first in her family to attend college. She had help from the nonprofit organization
AVID
and she hopes to bring a similar experience to the Santa Ana students she and Creed will serve.


“That helped me, so I wasn’t alone. Hopefully I can provide that security to others,” Valdivia says.

A sense of security is no small thing, says Creed, who served a previous stint with AmeriCorps FEMA, helping people regroup after disaster. Whether aiming for college, vocational school or full-time work after graduation, high school students also need a calm place where they can find the tools to make those dreams come true, she says.

“This program will give any kid who maybe feels a little bit hopeless, or lost or alone, an hour and a half once a week that’s a haven,” she says.