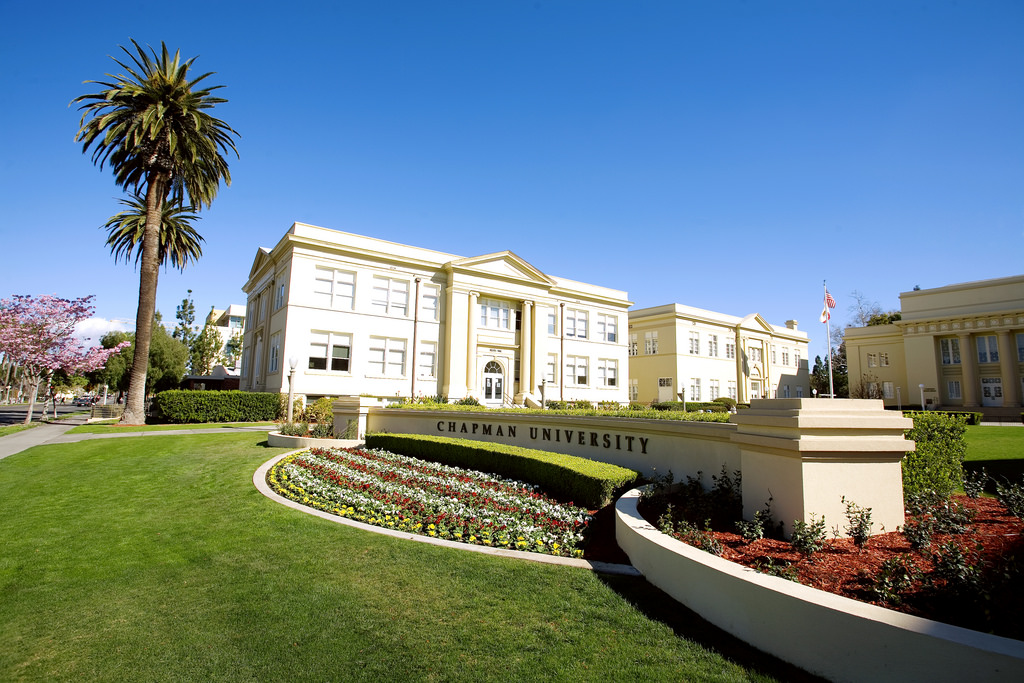 Chapman continues reign as #7 among top universities in the West, says U.S. News

Chapman University continues its reign among the Top 10 universities in the western United States, according to the national rankings released by U.S. News & World Report on Tuesday, Sept. 9. Chapman held its position as #7 in the West out of 131 colleges and universities, increasing its lead slightly over the #8-ranked school, University of Portland.

The magazine again singled out Chapman, noted for its innovative approaches to interdisciplinary learning, as #1 in its category among “Up and Coming Universities” — that is, universities that are “making the most promising and innovative changes in the areas of academics, faculty and student life” as voted by experts in their ranking peer group. Chapman is the only university to appear in the “Up-and-Coming” list each year since the list was inaugurated in 2007.

In addition, Chapman’s “peer assessment” score increased, raising the university from #10 to #8 out of 120 schools, the highest Chapman has ever been ranked in this critical category. Peer assessment is the school’s average score on a survey sent to top college administrators, asking them to rank its undergraduate academic quality.

For more information about the rankings:
http://colleges.usnews.rankingsandreviews.com/best-colleges