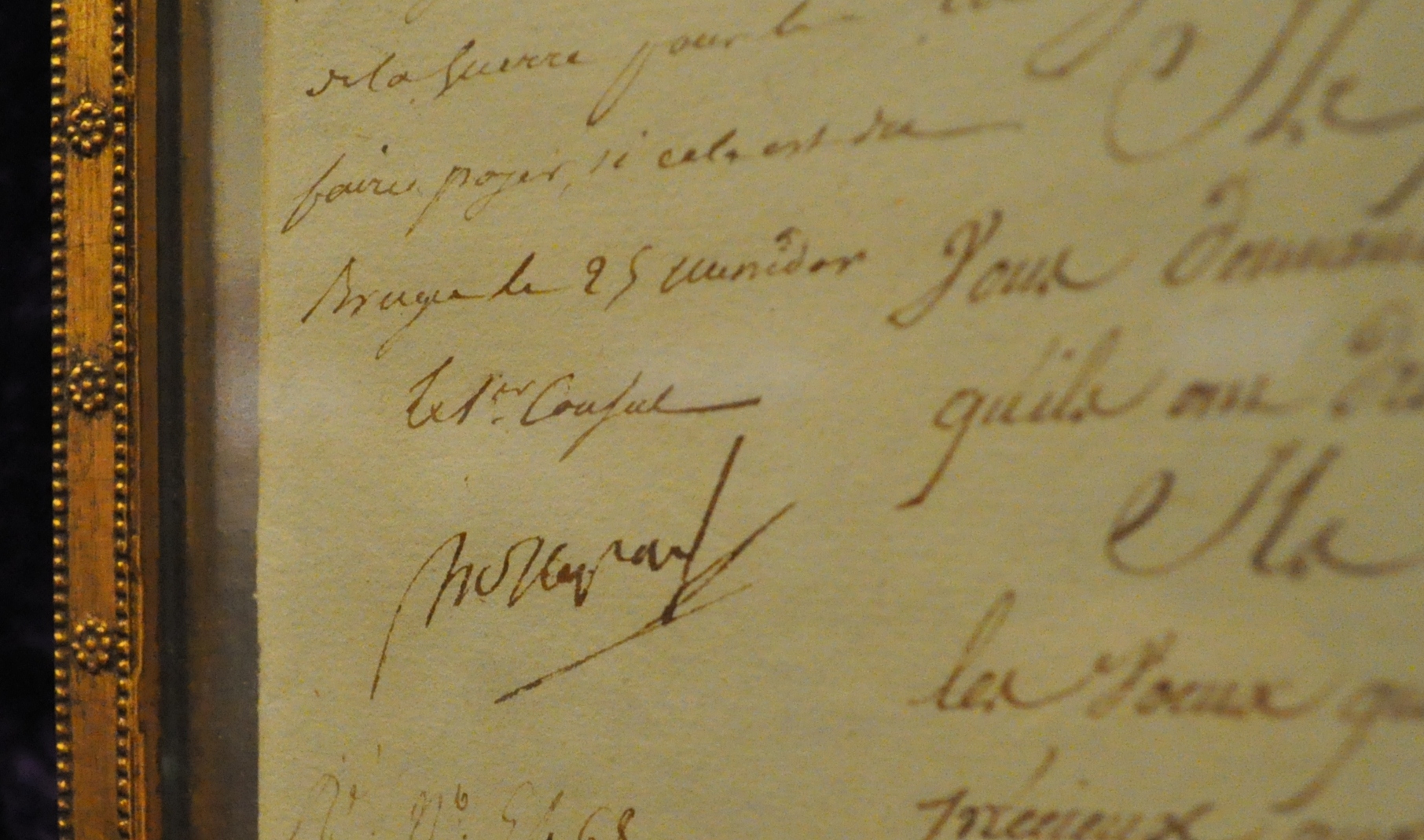 A loaf of bread, a bowl of gruel — it all added up for Napoleon’s grocery bill

“An army marches on its stomach,” Napoleon Bonaparte is believed to have said. He must have seen this

“An army marches on its stomach,” Napoleon Bonaparte is believed to have said. A bit of historic paperwork donated to Leatherby Libraries at Chapman University reveals that the great French military leader could easily have muttered that legendary observation after seeing a big fat grocery bill in 1803.

An invoice from the city of Dunkirk billing Napoleon 250 francs for the feeding and supplying of his troops in July 1803 has been donated to Leatherby Libraries. The letter is now on display in the lobby of the Frank Mt. Pleasant Library of Special Collections and Archives. The handwritten request for payment is addressed to First Consul Bonaparte, later to be crowned emperor in May 1804. It is signed by Napoleon and his chief of staff, authorizing an installment payment plan for the debt.

So what sort of tasty victuals did the infantry enjoy for that amount, roughly equivalent to $3,052 American dollars at the time? Most likely just the bare basics, says William Cumiford, Ph.D., associate professor of history in the Department of History. Think peasant fare like bread, cheap cheese, gruel, legumes, ale and possibly a bit of tobacco, Cumiford says.

Says Cumiford: “If wine, very little and of cheap variety.”