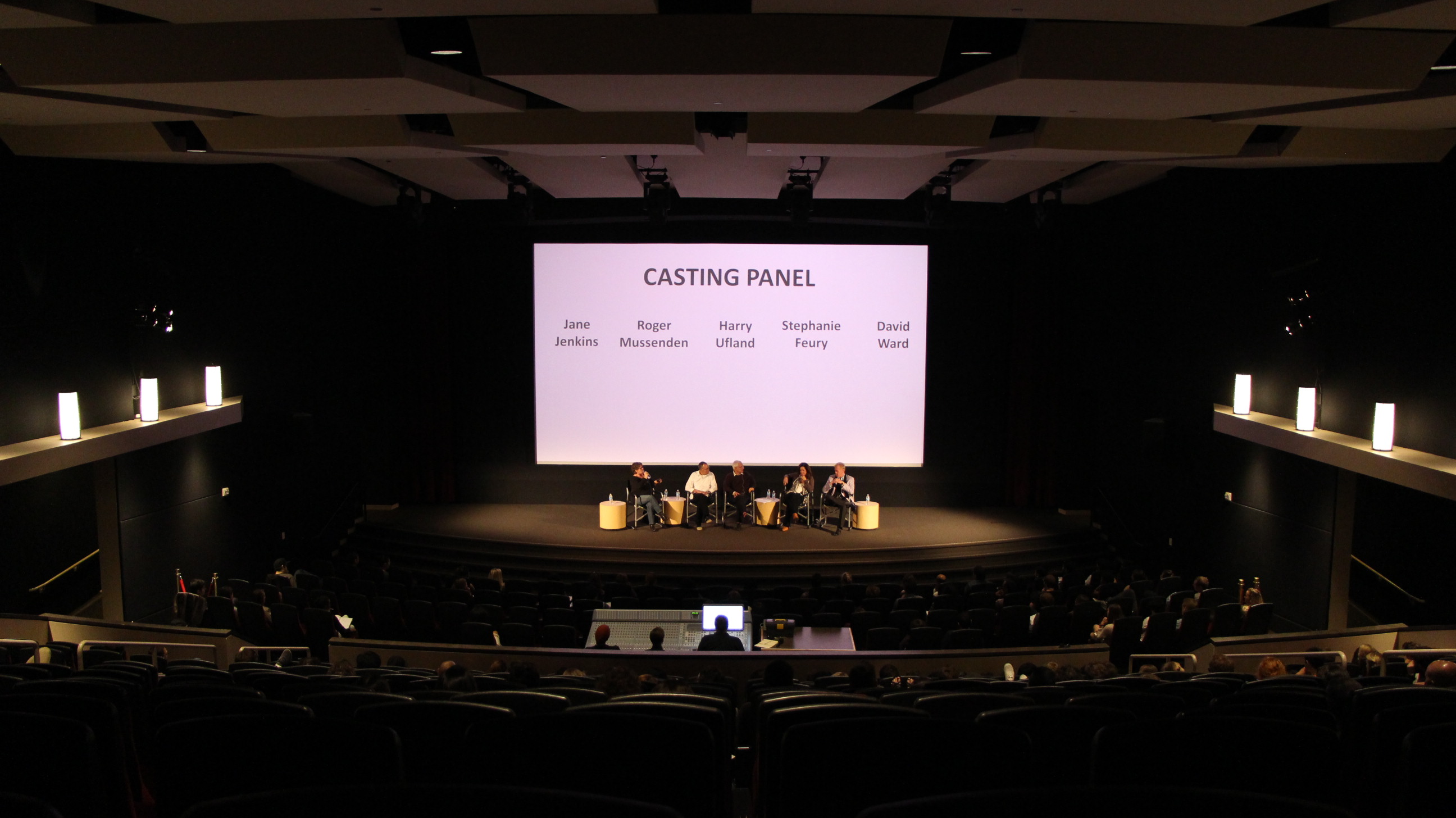 Hollywood casting agents advise students to ‘Be yourself’

Get your hands dirty and jump right in. We’re talking about casting, that is. In a recent panel discussion hosted by
Dodge College of Film and Media Arts
, a panel of casting agents agreed that getting experience in both acting and casting is a valuable tool for every film student.

“Casting is generally a weak area for students,” said
Harry Ufland
, a professor in Dodge College. Ufland organized and moderated the panel as a way to introduce students to the importance of casting in the filmmaking process. Fellow Dodge professor
David Ward
joined Ufland, along with casting directors
Jane Jenkins
,
Roger Mussenden
, and acting teacher Stephanie Feury, who has her own
studio in Los Angeles.

Jenkins, known for her work on
A Beautiful Mind
,
Harry Potter and the Sorcerer’s Stone
and
Jurassic Park
(and also
Home Alone 2: Lost in New York
), said that it’s not “do or die” when actors show up for a reading. Their hearts might be pounding out of their chest with nervousness, but all they have to do is show the casting director who they are as an actor.


“It’s my job to make the actor feel comfortable when they come in,” she said. “We’re looking for that essence of truth. And I’m there to facilitate what the director wants.”

Her advice to actors: be comfortable, be yourself and be your absolute best.

Casting directors are looking for authenticity with actors, and often it’s about the right time, the right place and the right role. “For Wolverine, Jackman was the guy we needed to bring the character to life. The rest is all bells and whistles – all the superpowers and the other special effects.”

Creative producing major Tyler Ordenstein ’15 said one of the most useful bits of info from the panel was to make the effort to drive to Los Angeles when looking for actors. “Feury advised that we go into acting schools and ask to post our list on a bulletin board,” Ordenstein said. “This brilliant idea has never been mentioned to me by anyone else.”

No matter what part of the filmmaking process a student is involved with, the panel all agreed that in order to make it in the business, students must be authentic, persistent and confident.

“If you struggle through things, you learn,” insisted Feury.

Get started today. Jenkins recommended contacting The Casting Society of America as a great place to look for casting internships, and to find casting assistants who may be interested in student films.