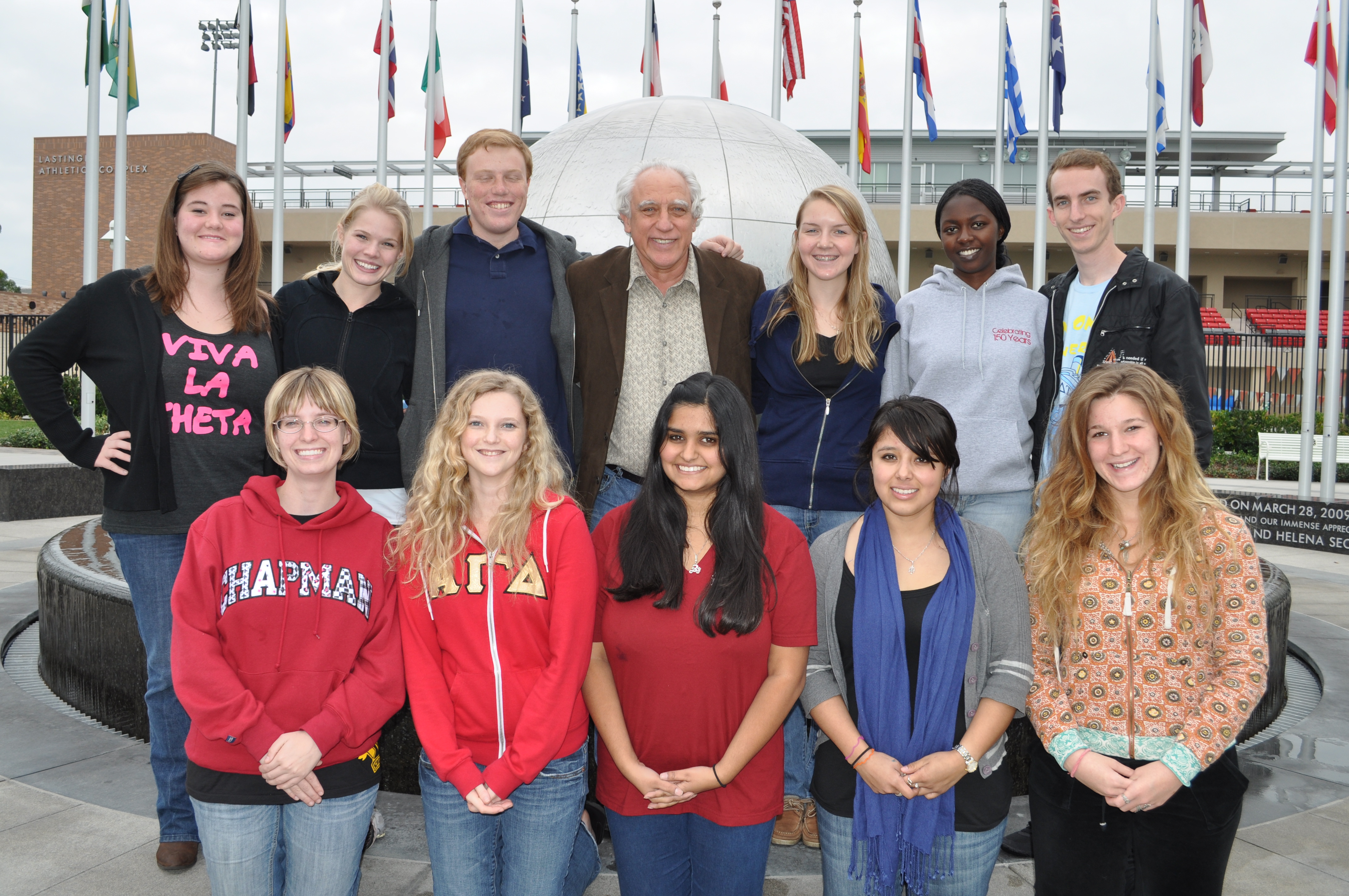 Professor Will remembered for commitment to students, Peace Studies

This morning, Chancellor Daniele Struppa announced the passing of longtime professor Donald Will in the following letter sent to the campus community.

It is with a sense of great personal loss that I share the sad news of the untimely passing of Don Will, professor of political science and holder of the Delp-Wilkinson Chair in Peace Studies.  A member of the Chapman University faculty since 1987, Don was a pillar of our Chapman community for more than 25 years.  Without doubt, he was among the most respected and trusted people on this campus, admired for his integrity, his sense of justice and his ability to bring people of diverse points of view together in an attitude of mutual respect.  Throughout his life, in his career before Chapman as well as here, Don’s work was grounded in his commitment to a life of service. His kindness, concern for others and gentleness of spirit were legendary.  A man of strong principles, Don never sought to overpower others with his views.  He was as good a listener as he was a speaker, and he always sought to learn from those whose views were different than his own.

Don arrived at a time when Chapman’s Peace Studies Program most needed him. He rebuilt the connections of the program with the people who had long cared deeply about peace and Chapman’s role in promoting peace and the study of peacemaking. People like Professor Paul Delp, who had devoted his academic and personal life to the pursuit of peace, wanted to ensure that Chapman would forever maintain its commitment, and found in Don Will the qualifications, the experience and the heart to carry on that pursuit. Harmon and Nadine Wilkinson recognized in Don the leader and the beacon of integrity that Peace Studies needed.

As Trustee Karen Wilkinson recalled just a few days ago: “I knew I would like Don Will even before I met him. My parents, Harmon and Nadine Wilkinson, spoke of him with affection and admiration. Knowing that Don’s father, Herman, was a conscientious objector during World War II just like my father, gave me a special sense of kinship with him. Our parents, the Wilkinsons and the Wills, along with Paul Delp, had uncommonly deep convictions about the possibilities for peaceful relationships across national and ethnic boundaries. It is these ethical and moral convictions that makes peace studies the distinctive pursuit that it is. When my parents helped establish the Delp-Wilkinson Chair in Peace Studies, they hoped that it would make a stronger Peace Studies Program. Because Don Will was selected as the chair holder, their dream has been realized.  By bringing peacemakers to campus, taking students on study/service tours, teaching peace studies and more, Don has helped countless students learn about solving conflicts peacefully. I am deeply grateful to Don for all of the ways he has enriched the lives of our students, our faculty and the larger community.”

Don’s commitment to our students and to the value of peaceful relations was perhaps most evident in Don’s teaching, where in classes like “Race and Change in the U.S. & South Africa,” “Literature of Peace and Justice” and “Nonviolent Social Change,” Don brought together the theoretical and the concrete, drawing upon his experiences in South Africa and the Middle East and his many years as a nongovernmental observer for the United Methodist Church at the United Nations. Don inspired his students to believe that they could take the knowledge they gained at Chapman into the world and make a difference. He was first and foremost a teacher and mentor. Without fanfare, for years he gave up his spring break to accompany students in his Model United Nations class to New York, where they could interact with other students and learn diplomacy in action. His connections with individuals and organizations around the world brought to Chapman such outstanding speakers as James Lawson, Scott Ritter and Nobel Peace Prize recipient Betty Williams.

Don served this university that he loved in many different roles, from president of the Faculty Senate to chair of the Political Science Department to associate dean of Wilkinson College of Humanities and Social Sciences. Don’s faculty colleagues consistently voted him onto one committee after another, from Long Range Planning to the Fish All Faiths Chapel Advisory Board to the WASC Task Force, knowing that they could rely on Don’s deep knowledge of the institution, his integrity and his sense of fairness. He gave generously of his time to serve on Truman, Fulbright and other fellowship committees. Even when he might have preferred to turn to his own research, Don served wherever he was needed and did so with humility and humanity. His door was always open to his students; he formally advised a large number each year and informally mentored many more, and it is of special note his role as an advisor and a friend to the members of the Black Student Union.

Don deservedly received many honors and awards, including in 1990 the Valerie Scudder Award for Outstanding Achievement, in 1996 the Faculty Award in Advising, in 1999 the Faculty Award in Collaborative Teaching, and in 2003 the Faculty Excellence Award in Service. In 2011, he received the “Ambassador of Peace” award from the Violence Prevention Coalition of Orange County.

Don believed in and embodied the ideal of global citizenship. He truly lived the words of Albert Schweitzer that one should seek and find a place to invest one’s humanity. We are unbelievably fortunate that our colleague and friend Don Will chose to invest his humanity in Chapman University. Each of us — and our university — is the better for it, even though it makes his passing that much more difficult to bear.

We join in gratitude for the life of Professor Don Will and in sorrow at his passing. We extend our most heartfelt condolences to Don’s wife, Leonora, and son, Alex. A memorial is being planned on campus, and I will send out details when they are available.
Don Will peace studies