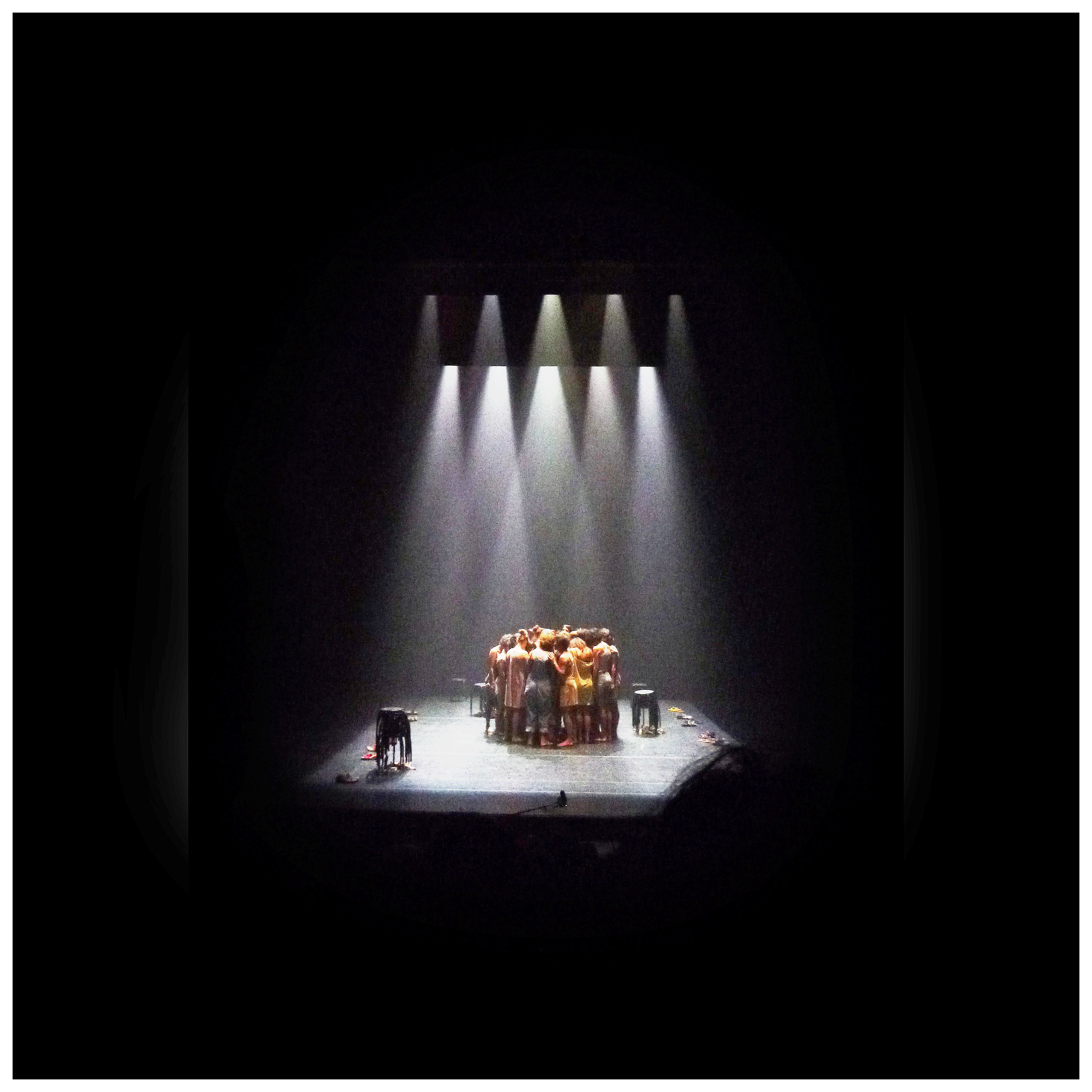 Shafts of overhead light shine down on a darkened theatre stage to illuminate 30 women huddled in a large protective circle, individuals becoming an entity of one. It’s a dramatic scene for any viewer.

But for author and Department of English faculty member
Alicia Kozameh
that moment in a theatrical adaptation of her short story
Impression of Heights
was a visceral reminder of her time as a political prisoner in an Argentine prison.

“Seeing the whole scenario right there was to go back, really almost physically back, to the prisons,” says Kozameh, who was joined in the audience by fellow former prisoners for the performance in Lyon, France, this fall.
Impression of Heights
dramatizes the lives of 30 female political prisoners held for 14 months in a police basement in Argentina. “That represented in an unbelievably beautiful way how we used to move, taking care of each other, hiding each other. At that point we couldn’t stop the crying.”

Watching the play among friends was one of the most profound highlights from a recent seven-day book tour through France and Italy chock full of memorable experiences, including presentations and readings for the Belles Latinas Book Festival in Lyon, France, and the Cultural and Artistic Festival Parole Ambulante at the University of Milan.

Though intense, Kozameh says it was a “fantastic experience” and she was impressed that the theatre performed the play — titled
30
for the stage — for four nights. She attended just one evening. “No more than once,” she says, shaking her head.

Still, Kozameh is no stranger to pulling from her life experience for literary inspiration. One of her most popular novels,
Steps Under Water
, is a fictionalized account of her time as political prisoner and in exile.

And her newest book,
Eni Furtado Has Never Stopped Running
, Kozameh draws on her real-life experience of losing a childhood friend who was sexually assaulted by Kozameh’s father. The story was based on her own family experience, but also reflects the larger story of her native country in those years, Kozameh says.

“Even if I’m not writing about those political situations, it’s a metaphor about that,” she says. “You have a very powerful and abusive father. That can represent the government. A mother who follows, who had no power. She can be the society. And then a child who is abused. That’s the victim of oppression.”

Kozameh toured Argentina this past summer to promote the book, published by Alción Editora. An English translation by Andrea Labinger will be published this spring by Wings Press.
authors Department of English