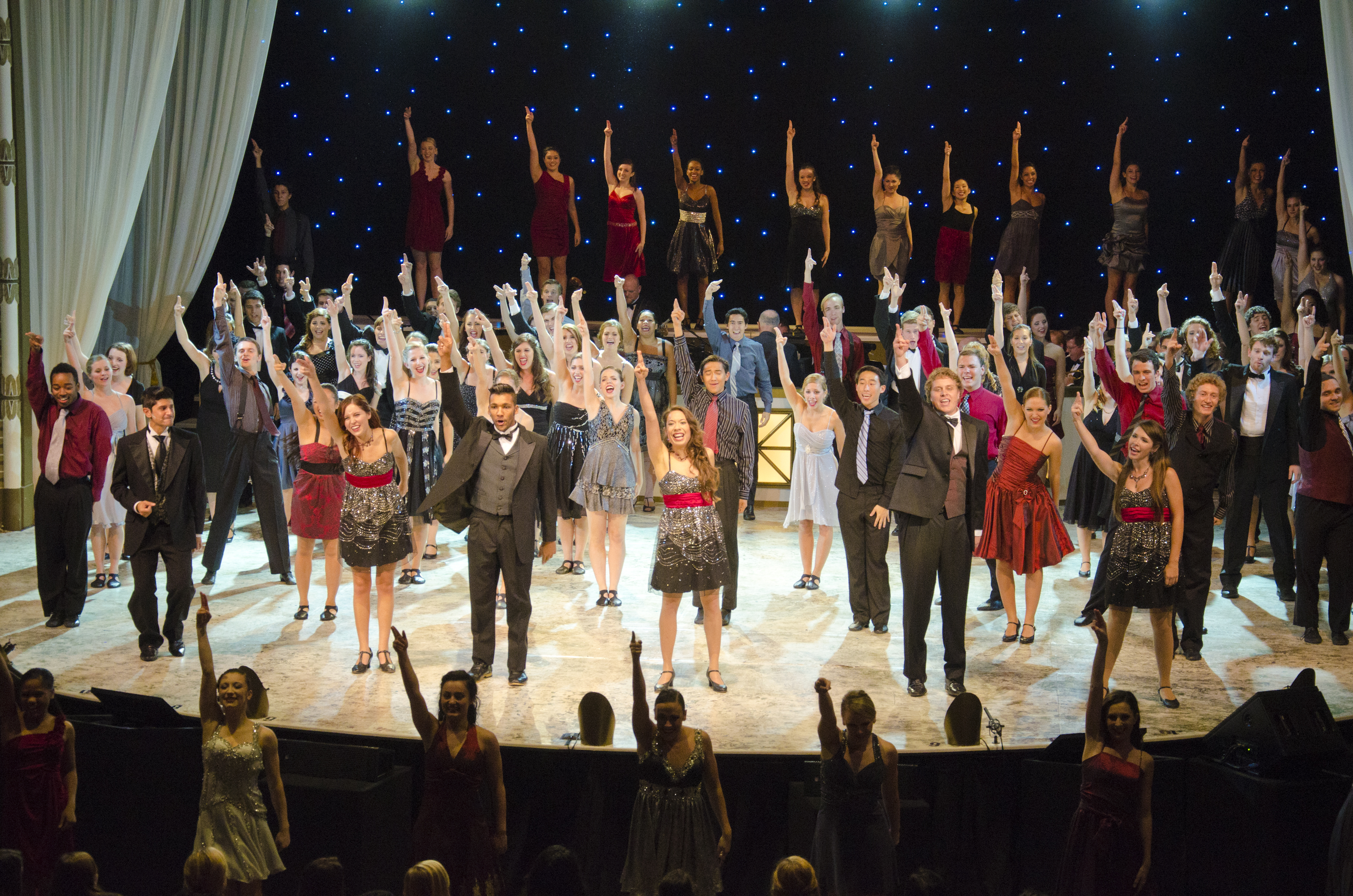 Chances are you’ve noticed the big white tent on the Bert C. Williams Mall, which can only mean one thing – it’s just about time for American Celebration, Chapman University’s premier fundraiser gala. This year’s gala promises to be as glittering as ever as the 2013 Lifetime Achievement in the Arts Award goes to the legendary Hollywood family of Beau, Jeff and Lloyd Bridges, with Beau Bridges accepting.

The annual gala is one of Orange County’s most successful single-evening fundraisers. Each year hundreds of Orange County’s leading philanthropists, business and community leaders generously support the event, which since its inception has raised more than $20 million for student scholarships. And putting on the entertainment extravaganza are the students themselves, drawn from throughout the College of Performing Arts, from theatre technology to dance. This year’s show salutes Chapman history with a Broadway revue themed around “The Chapman Story.”

Before he became a highly successful real estate broker and one of the founders of Citizens Bank of Costa Mesa, Randall McCardle was a ninth-grade dropout who struggled to find his purpose in life. When he joined the Navy, the first document he filled out asked his level of education, and he had to circle the lowest grade listed.

“That motivated me,” he said. “Education became important to me, and I started hanging out with learned people. I figured that if they can do it, why can’t I?” Randy went on to earn two degrees from Chapman – a B.A. in social science and an M.A. in education – before getting his Ph.D. from the University of Western Colorado in 1974.

As a longtime member of the Chapman Board of Trustees and now an Emeritus Trustee, he has helped guide the university during the most successful period in its history.

Along the way, he and Suki – a member of the Women of Chapman support group – have also counseled students to develop their own unique vision and to pursue learning with a can-do spirit.

To learn more about Gala Night tickets and other opportunities, please visit the American Celebration website.