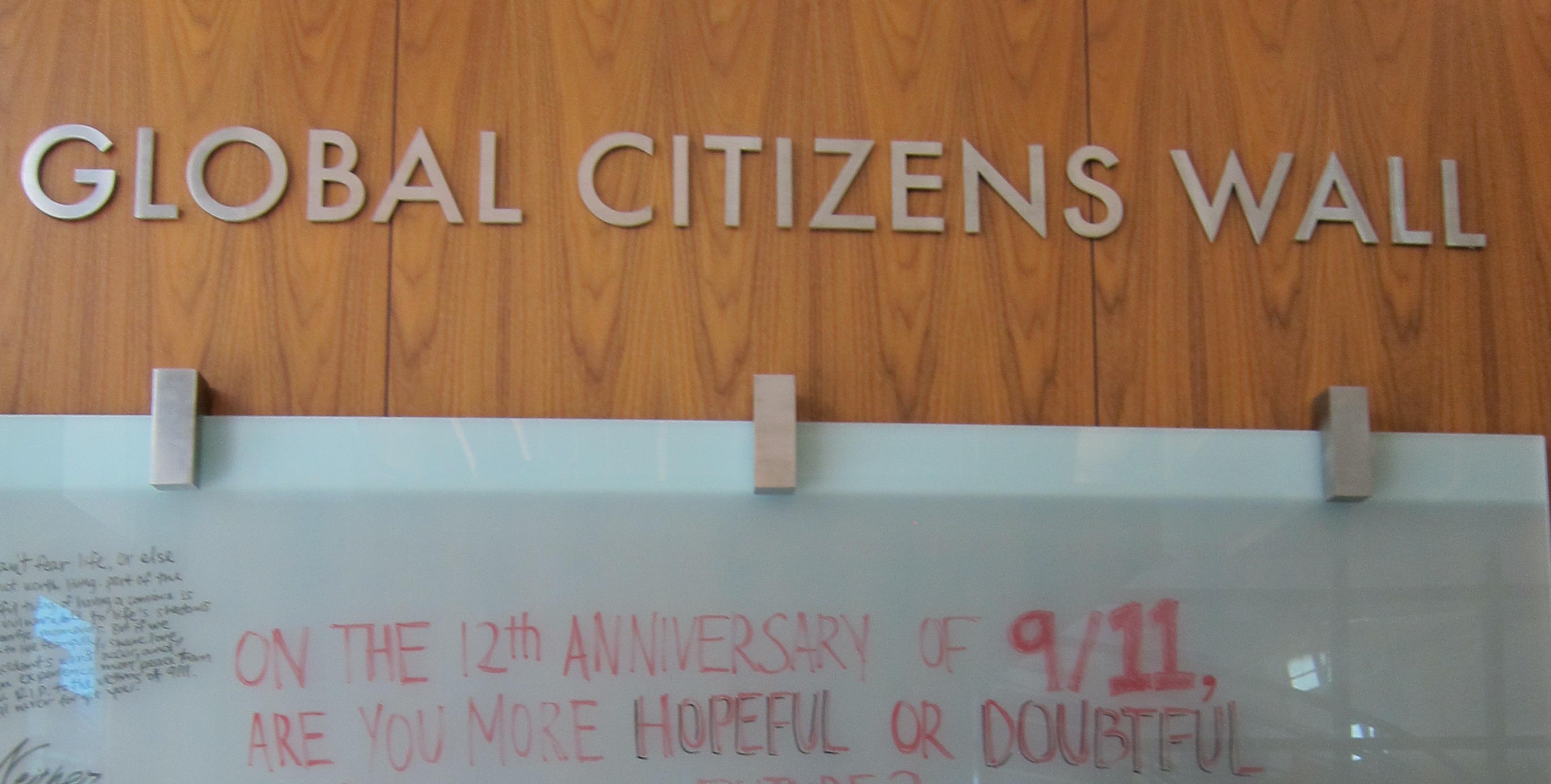 Students hit the wall in Argyros Forum with opinions, ideas on global issues

What happens when you give people a public place to jot down their opinions about hot topics and current events?

If the place is a large paper easel in the student lounge area of Argyros Forum, it overflows fast with thoughts on everything from politics to social issues. Faced with the happy problem of so much interest in the old paper-and-pen style of public discourse, the students and staff in Student Civic Engagement decided to throw out the easels and think big — as in a whole wall.

Now the Argyros Forum lobby is home to the Global Citizens Wall, which debuted this fall and has quickly been adopted by students as a kind of marketplace of ideas. Each week Student Civic Engagement posts a new question on the glossy write-on wall, supplies the markers and lets the dialogue flow. So far this semester students have filled the wall with thoughts and opinions about Syria and the Sept. 11 anniversary.

The installation of the laminated and tempered glass wall was brought to fruition by Kenneth Murai, director of campus planning. But the concept was devised by Gabriela Manriquez ’14, a business administration major from Surprise, Ariz., who works as a civic engagement program assistant. Manriquez assembled a poster board mock-up and based her design on similar materials used throughout the building.

Manriquez said she was thrilled to see the wall in place.

“It’s a small idea that started off on poster board and now it’s a huge wall,” she said. “It’s great that the school took this so seriously.”

And one good idea has sparked another. Manriquez said Student Civic Engagement has planned a series of casual gatherings called The Dinner Talk Series to continue the discussions begun on the wall. Students are invited to bring or buy their own dinners and join the discussions. The first one is scheduled for Monday, Sept. 23, at 7 p.m., in the dining area next to World of Wings, just steps from the Global Citizens Wall.
civic engagement students