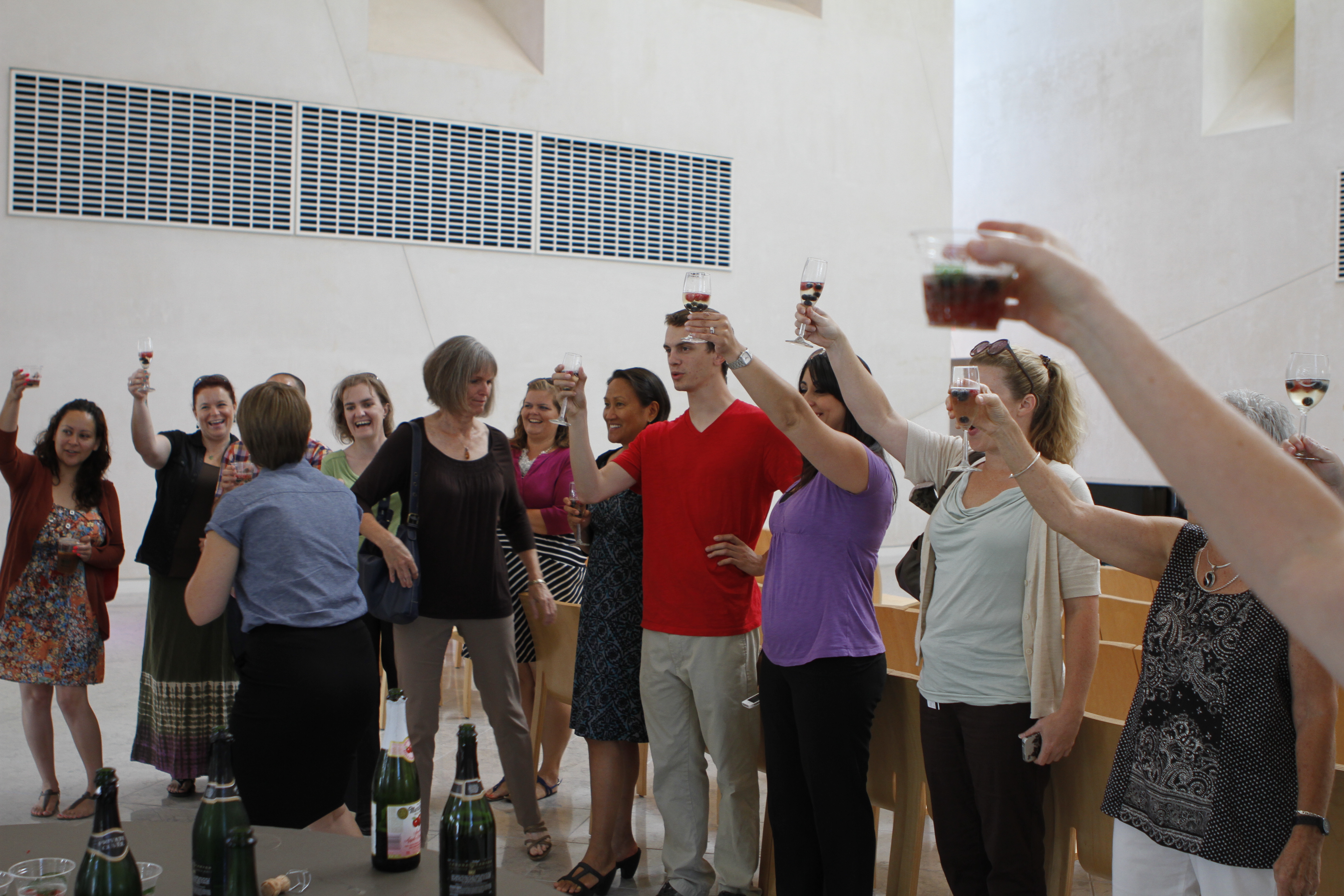 News of the Supreme Court’s rulings on two separate but related decisions regarding gay marriage was celebrated with a toast at the Fish Interfaith Center.
Campus and Students

The Chapman University community responded to the U.S. Supreme Court’s separate but related rulings on gay marriage today with some of the same diversity of debate and celebrations spreading across the nation.

“The narrow Supreme Court decision striking down DOMA is as significant symbolically as it is legally. It is a tremendous milestone in the inevitable progress toward gender and sexual orientation equality. But it is also a sign of how slow and arduous that journey toward change continues to be. Four justices of a 21st century Court still believe that it is within the bounds of the Constitution to separate out a group of people for state-sanctioned hatred. Those justices will live in history alongside those who upheld slavery and segregation. But today they were not the majority, and it may be safe to say their viewpoint will never be the majority again.”

Such multiplicity of views is one of the strengths of Chapman University, says President Jim Doti, who has written and spoken of his own support for marriage equality, while noting that the respectful exchange of ideas is a vital part of university life.

“What distinguishes Chapman’s marketplace and what I believe makes it an exemplary one are the students, faculty and staff that comprise it – a community of learners who are well-prepared and passionate about the search for truth and beauty,” Doti wrote in a recent opinion piece in The Panther. “But let us never forget that an indispensable value in Chapman’s marketplace is the freedom to express and debate our ideas and views openly and freely.”