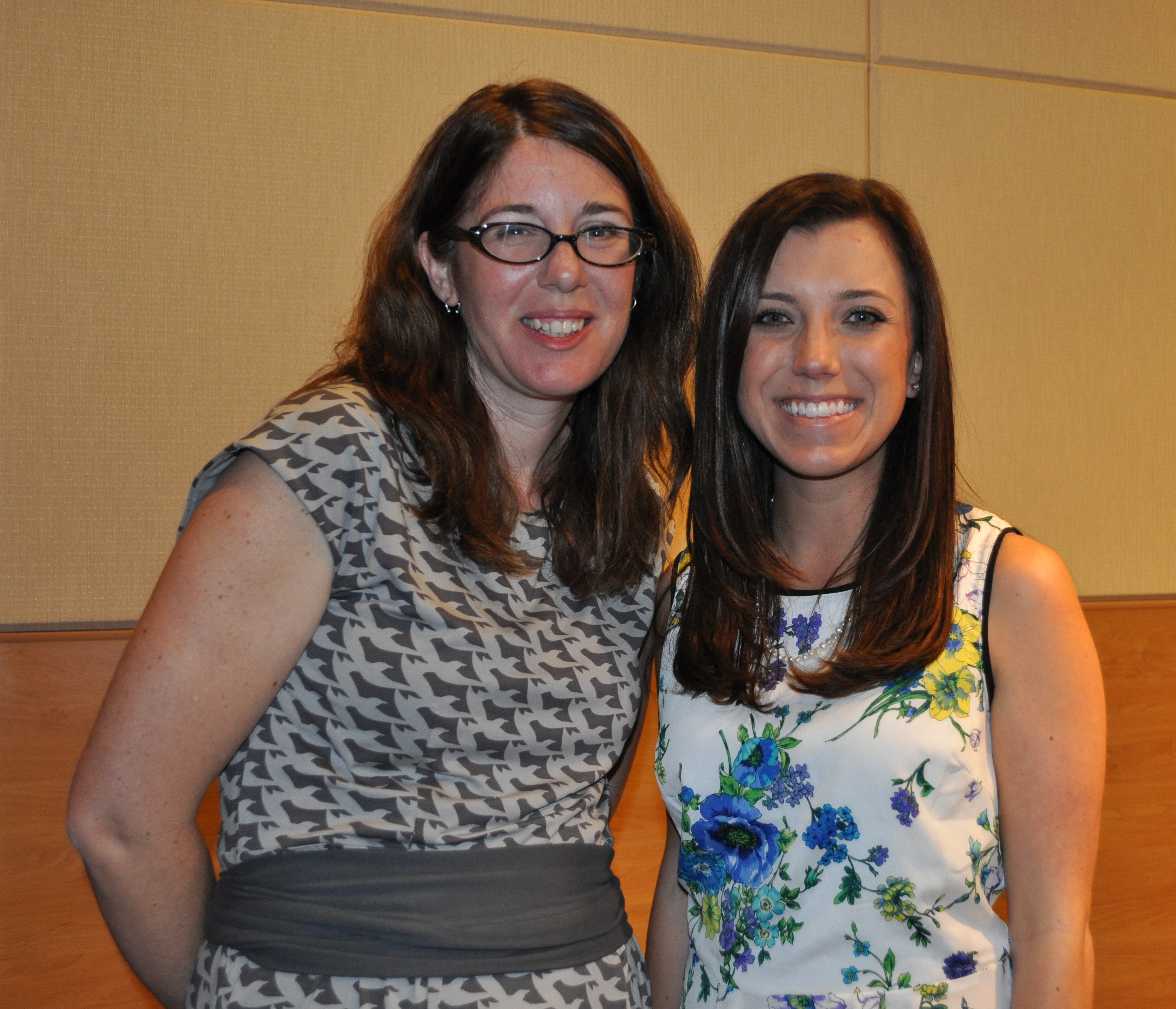 A leading educator in the field of disability studies and a student scholar who was honored for her work with the U.S. Department of State are the recipients of Chapman University’s new James L. Doti Outstanding Graduate Student Awards.

Amy Hanreddy, a Ph.D. candidate who graduates this month with a doctorate emphasis in Disability Studies from the College of Educational Studies, was chosen in honor of her academic excellence and the professional leadership she demonstrated while a graduate student, says Don Cardinal, Ph.D., dean of the college.

Writing in her nomination letter, Cardinal said: “During Amy’s first year of doctoral study, she completed a research study with a Disability Studies faculty member and as a second-year doctoral student she co-authored an article based on the study that was published in an international journal. Her active engagement in research and writing during her doctoral program has resulted in five publications, two of which are in international venues.”

Valentina Marinac (M.A. ’13) is a top scholar graduating this month from the Master of Arts in International Studies (MAIS) program in Wilkinson College of Humanities and Social Studies. Marinac has demonstrated extraordinary commitment to Chapman’s goals of global citizenship, says Victoria Carty, associate professor of sociology and director of the MAIS program.

Writing in her nomination letter, Carty noted that Marinac had so excelled in her internship with the U.S. Embassy in Macedonia that her supervisors confidently assigned her many of the same tasks given trained diplomats and awarded her a special recognition. “Her internship at the U.S. State Department testifies to her commitment to international studies and the quality of her abilities. Clearly, her award from the ambassador testifies to her ambition and capabilities,” Carty wrote.

The James L. Doti Outstanding Graduate Student Awards replace the previous Graduate Student of the Year Award. They are the highest honors for graduate students at Chapman University. Thanks to an endowment by President Doti, the awards carry scholarship prizes of $1,000 each.

The original Doti Award trophy, incorporating artist Nick Hernandez’s sculpture Emergence, remains on perpetual exhibit in Argyros Forum. The names of all Doti Award recipients will be engraved on the trophy. The recipients of the Doti Award will also receive a keepsake-sized copy of the sculpture.