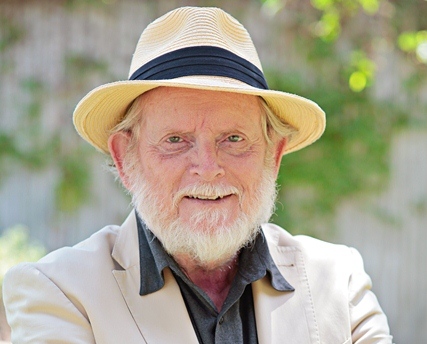 Chapman University Professor
Richard Bausch
, a master of the short story and acclaimed novelist, is this year’s recipient of the prestigious
Rea Award for the Short Story
.

The Rea Award honors a living American or Canadian writer whose published work has made a “significant contribution in the discipline of the short story as an art form.”

The award is unique in that it is not given for a collection of stories or for a body of work, but rather for originality and influence on the genre. Previous winners include Richard Ford, Grace Paley, Ann Beattie, Tobias Wolff and John Updike.

The first winner of The Rea Award, Cynthia Ozick, said, “… the Rea Award is an indispensable American institution and a coveted American prize. It is our little Nobel – little only in the sense that it addresses the short form.”

gave the following citation: “Richard Bausch is a shining light in the small group of great American story-writers. His stories, published in many languages and widely anthologized in our own country, bear out the directive that literature should renew our sensuous and emotional lives and foster a new awareness in its readers. Bausch’s stories, solidly, eloquently in the realistic tradition shared by O’Connor (Frank and Flannery). Welty, Cheever and Yates, are ever in search of the heretofore unsayable in human affairs. In doing so, they are incisive, surprising, felicitous, various, often mirthful, and unstintingly about those subjects we can not afford to ignore: matters of life and death, yes; but chiefly matters of life sustained.”

Bausch is the author of eight collections of stories and 11 novels. His story collections include the recently published
Something is Out There
,
The Norton Anthology of Short Fiction
,
The Stories of Richard Bausch

Someone to Watch Over Me, Selected Stories of Richard Bausch
,
The Fireman’s Wife
,
Other Stories and Spirits
, and
Other Stories
. His novel
The Last Good Time
was made into a feature-length motion picture, directed by Bob Balaban, starring Armin Meuhler-Stahl, Maureen Stapleton, and Lionel Stander, released in April 1995, and
Peace
, published in 2008, was awarded the 2010 Dayton International Literary Peace Prize.

His honors include two National Magazine Awards, a Guggenheim Fellowship, the Award of the American Academy of Arts and Letters, and the PEN/Malamud Award for Excellence in the Short Story.