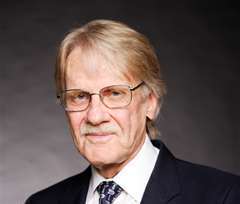 Chapman University Professor Vernon L. Smith, Ph.D., recipient of the Nobel Prize in economic sciences in 2002 and the George L. Argyros Endowed Chair in Finance and Economics, will present a public lecture, “Balance Sheet Crises: Causes and Consequences,” Wednesday, March 20,  at the Annenberg Presidential Conference Center on the Texas A&M campus. Smith has been invited as a Visiting Scholar of the
Texas A&M University Institute for Advanced Studies
(TIAS).

The lecture will address the most recent calamity — the housing bubble and collapse (1997-2012) — and its consequences. According to Smith, “Bubbles are commonplace in history, but severe episodes in the U.S. economy are rare and their collapse not anticipated by economic and policy experts. Collapses can lead to a balance sheet crisis in which households spiral into negative net equity as home values fall against fixed mortgage indebtedness. Various recovery scenarios can be identified, none of them painless.”

As a TIAS Visiting Scholar, Smith will meet with noted researchers there, including Professor Arnold Vedlitz in the
Bush School of Government and Public Service’s Institute for Science, Technology and Public Policy
.

Smith, who received his doctorate in economics from Harvard University, is the founding president of the Economic Science Association (ESA). The ESA has a membership of more than 400 researchers with interests in experimental economics, and includes faculty from nearly every top economics department in the country. He has authored or co-authored more than 300 articles and books on a diverse set of topics, including capital theory, finance, natural resource economics and experimental economics.

Smith has been an important contributor to public policy discussions of energy liberalization in the United States and around the world. He is a fellow in the American Academy of Arts and Sciences and the Econometric Society and a distinguished fellow of the American Economic Association.
experimental economics housing bubble Vernon Smith