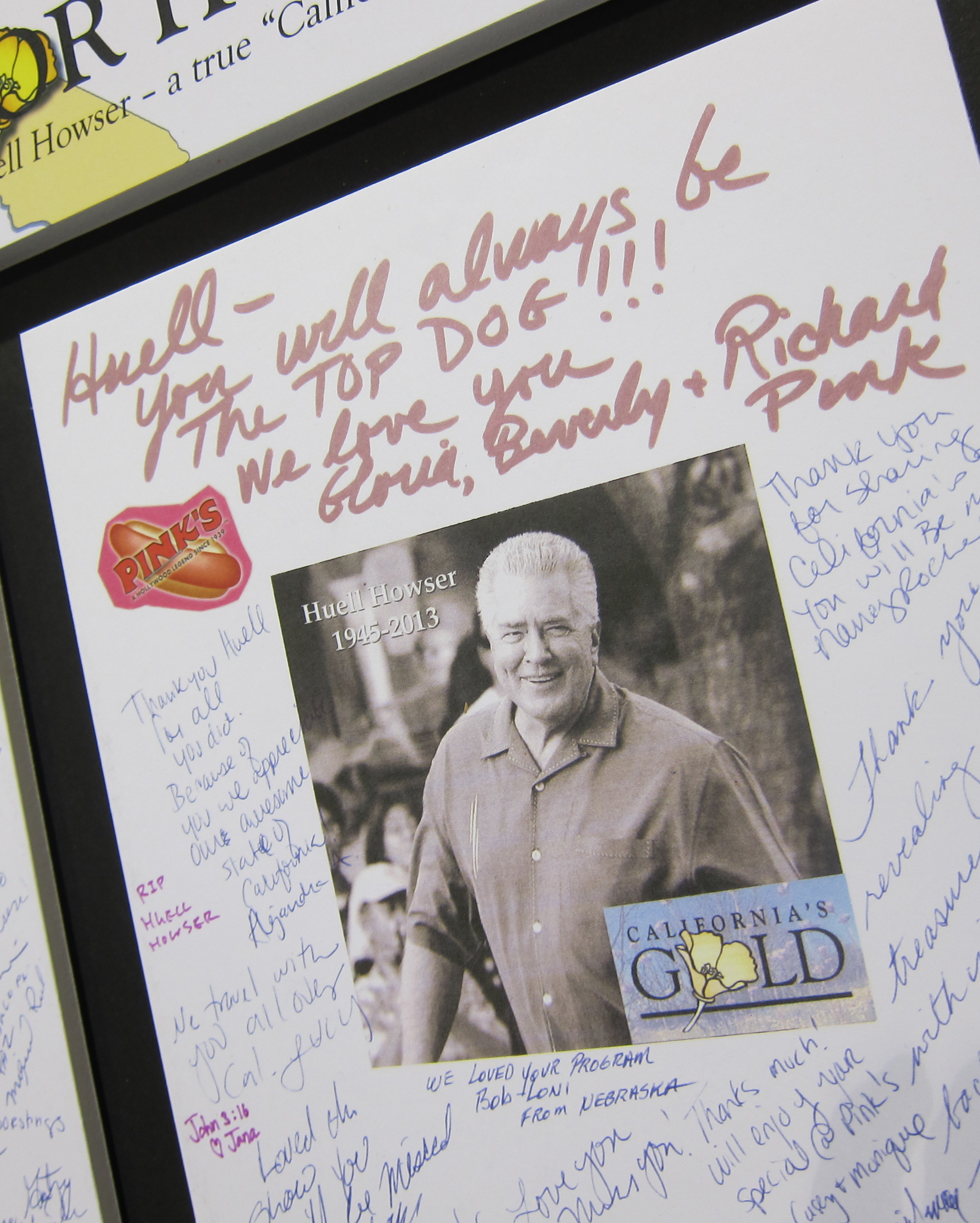 The Pink family, who famously created the 'Huell Dog,' were among those who signed celebration posters.
Campus & Students

Would you look at that? ‘California’s Gold’ celebration draws nearly 2,000 to campus

If Huell Howser could have been on Chapman University’s campus Friday, Feb. 8, during a tribute to the late host’s California’s Gold legacy, he might have looked around and uttered one of his trademark phrases – “Amazing!”

Nearly 2,000 fans of the late broadcaster poured onto the campus for an open house celebrating the life and work of the man whose folksy charisma charmed generations of public television viewers. Memorial Hall filled with people eager to see long-time cameraman Luis (“Louie”) Fuerte accept an honorary doctorate on Howser’s behalf. A line of admirers snaked across Attallah Piazza to view memorabilia and artifacts from Howser’s working office and personal art collections. Inside the Harold Hutton Sports Center visitors met some of the memorable folks who “starred” in California’s Gold episodes, and munched on treats made famous by Howser, from Pink’s Hot Dogs to Fosselman’s Ice Cream.

It was the sort of goings-on that Howser tended to avoid, always preferring to turn the camera of Huell Howser Productions on ordinary people. But the people couldn’t help themselves.

“It’s such a joy to see so many people who loved him be here,” said Slater Barron, also known as “The Lint Lady” and the subject of an episode of Visiting with Huell Howser. Barron chatted with Howser fans and displayed her latest handiwork – lint crafted to look like sushi. “The best part is we’re sharing about a man who meant so much to us.”

Over the past several years, Howser forged a strong bond with President Jim Doti and made many generous donations, including a scholarship endowment, show memorabilia, papers, two houses, his collection of “found-art” objects – and tapes of all of his more than 900 episodes of California’s Gold and associated shows (Visiting…With Huell Howser, California’s Missions, California’s Golden Parks and more).  His wish was for the university to digitize the episodes and make them available, free of charge, to the public online.  Following a year-long digitization project, Chapman has launched www.HuellHowserArchive.com, where the public can view all of Howser’s shows for free.

The Friday afternoon open house served as both a debut of the archives and joyful reunion of some of the Californians profiled by Howser. Along with Slater were several other California’s Gold stars, from “The Whistling Champ” to members of the Pink family, founders of Pink’s Hot Dogs.

Most of the attendees, though, were the sort of “regular folks” that Howser might have snagged for a quick interview as he walked through a state park or a sauerkraut factory with his ubiquitous hand-held microphone. Local optometrist Alex Romero closed his office in Old Towne Orange for two hours to visit and was touched “to look around and see how many people are here and everyone is very happy. It’s not a sad event.”

Because of a California’s Gold program they saw on efforts to shore up the Western Bluebird population, Dick Merritt of Mission Viejo and his wife Pat have built and placed 30 bluebird boxes in Orange County. “How could you not be a Huell Howser fan?” joked Merritt, as the couple waited in line for Huell Dogs.

And Kit Berini of Canoga Park had a shirt made for the occasion printed with an old photo of himself and Howser during a book signing event in 1998. Berini was also inspired to pen a tribute he called “The Teacher.” Berini said it embodied what he took as the underlying message to all Californians; “Love the place you live in. Love the people who live in it and love the life you have.” 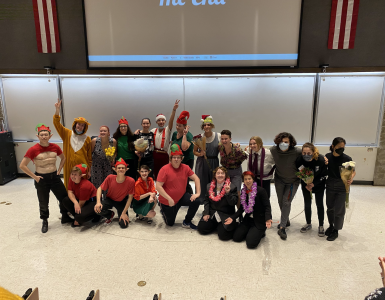