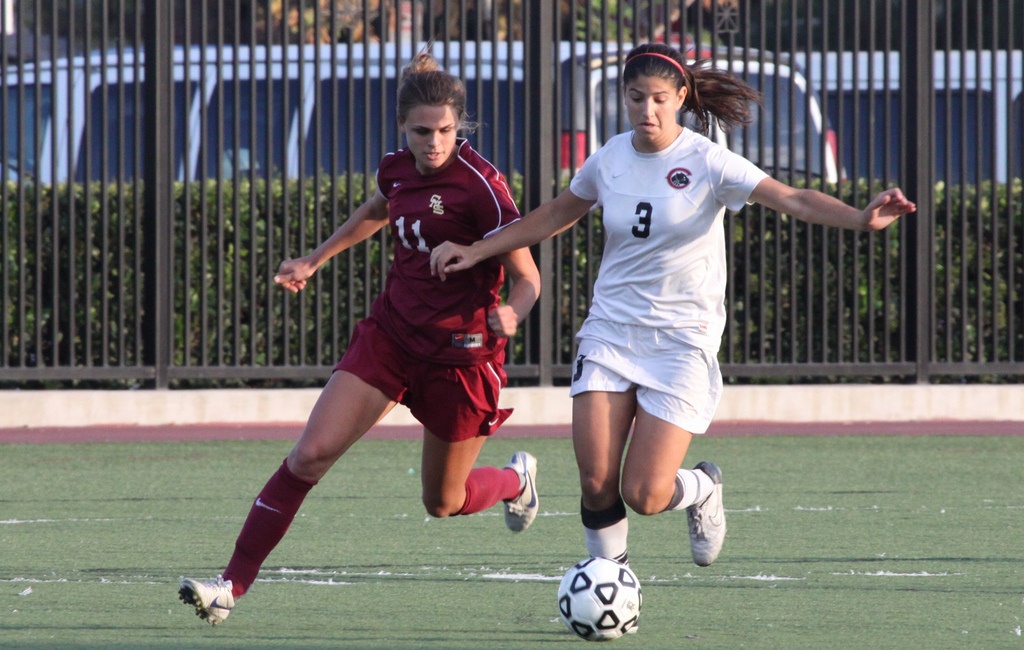 Junior midfielder Val Sobol ( No. 3) became just the second women’s soccer player in school history to earn All-America honors, having been selected to the Division III third team by the National Soccer Coaches Association of America.

In addition, Sobol and sophomore goalkeeper Marissa Fehrman were each named to the NSCAA All-West Region first team, along with senior defender Carly Sanchez (second team) and sophomore  forward Rebeccah Bortz (third team). It’s the first time in four years the Panthers have been represented on the All-Region squad and the first time since 2003 Chapman has had four players earn the award.

Sobol played a large role in Chapman’s success in 2012, leading the team in goals (10) and total points (25) and helping the Panthers to a 16-6-1 record and a SCIAC Tournament championship. Sobol also came within one game winning goal of the school record with six game-winners this season – ranking 19th in the country in that category.