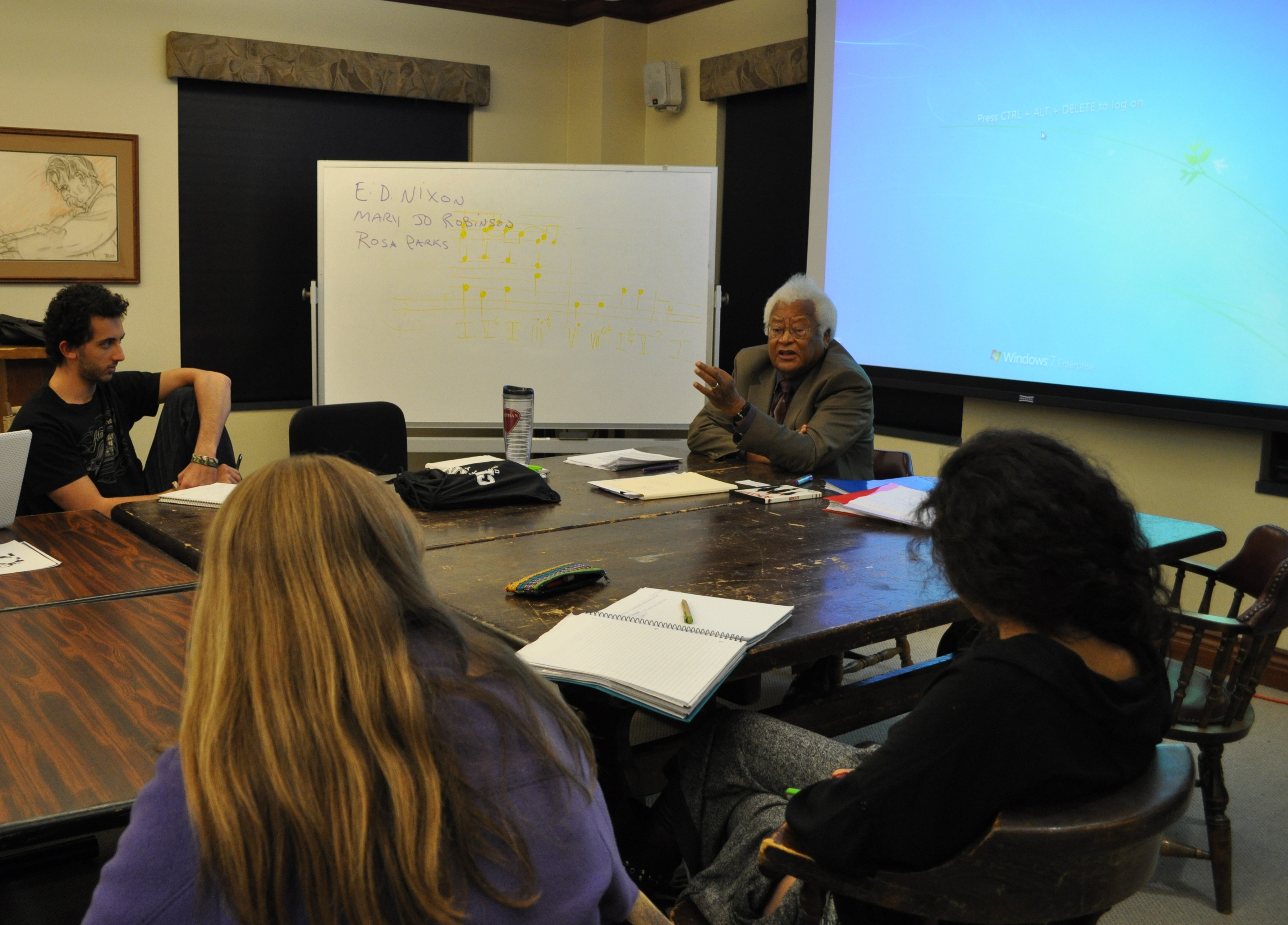 When the Peace Studies Program announced to its students that there was going to be a special class opportunity this fall, Vanessa Gorski ’14 was intrigued, but initially not too bowled over.

A distinguished visiting professor would be on campus to teach a course titled Nonviolent Struggle. The instructor’s name was the Rev. James Lawson. The name didn’t ring a bell, so naturally Gorski googled him. Then she was bowled over. The visiting professor would be the civil rights leader and tactician who helped make the Freedom Rides happen, the man the Rev. Martin Luther King, Jr. called “the leading theorist and strategist of nonviolence in the world.”

“It was an awesome moment. I thought this is something that I have to do. It was a calling to take this class,” says Gorski, a peace studies major. Now the Medford, Ore. native considers being in Lawson’s class “a true gift.”

And on Tuesday, Nov. 27, beginning at 5:15 p.m., all students and the public are invited to share in that experience when Lawson gives a free lecture in the Fish Interfaith Center, Wallace All Faiths Chapel. The title of Lawson’s talk will be “Rosa Parks, MLK, and 21st Century Struggle.”

The talk will focus on part of what he is teaching in the course, which in essence is that nonviolent movements are historically not spontaneous events, but the result of strategic methods, tactics and strategies.

“It is a science of social change, which is what Gandhi called it,” Lawson says. “In my judgment this is an emerging field. The major academic disciplines, the history books, don’t talk about the nonviolent struggles. They talk about the wars, the presidents and the great military victories … It leaves out a major sweep of action.”

Lawson has lectured on campus before, but this is the first time he has taught a course, said Professor Don Will, Ph.D., director of the Peace Studies Program. It is a matchless opportunity for students, Will says.