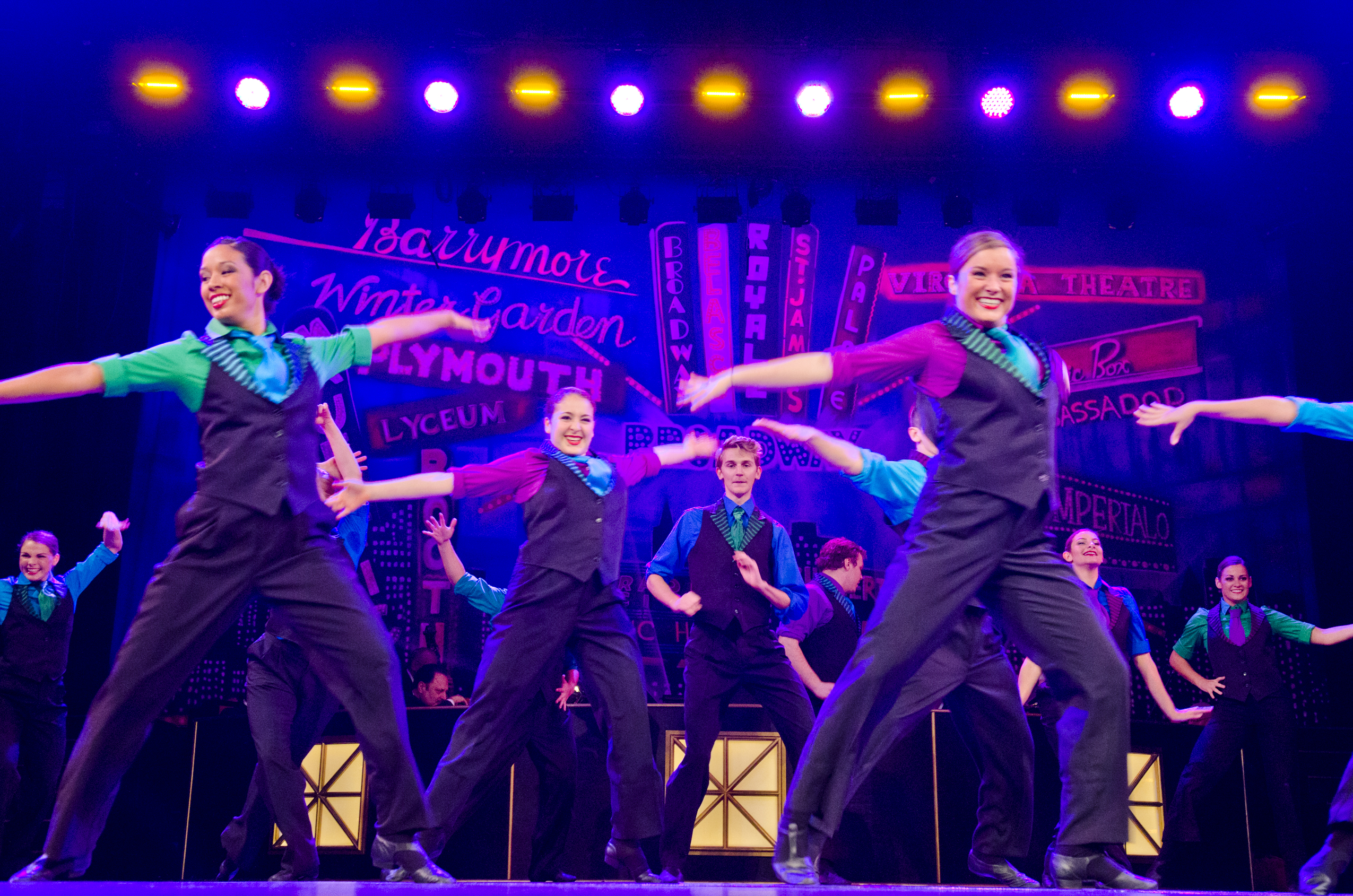 Although this year perhaps we better call it “the great white” tent. After all, the 2012 Lifetime Achievement in the Arts Award, traditionally presented during American Celebration, will go to actor Richard Dreyfuss, memorable in many roles, but especially for his portrayal of the jittery marine scientist chasing a great white shark in the 1975 thriller Jaws.

The annual gala is one of Orange County’s most successful single-evening fundraisers. Each year hundreds of Orange County’s leading philanthropists, business and community leaders generously support the event, which since its inception has raised more than $20 million for student scholarships. And putting on the entertainment extravaganza are the students themselves, drawn from throughout the College of Performing Arts, from theater technology to dance. This year’s sell-out show salutes Broadway with the theme “We Make Stars.”

In addition to showcasing student talent, the gala affair is also when Chapman awards its Citizens of the Year Award and Alumni in the Arts Award.

This year’s Citizens of the Year are Catherine and Trustee James Emmi. In addition to their service on University boards and committees, the Emmis have generously supported the Science Center Campaign, American Celebration, The College of Performing Arts, Dodge College of Film and Media Arts, the Fund for Excellence and other scholarship initiatives.

The Alumni in the Arts Award will be presented to actor, director and producer Matthew McCray ’98. McCray is the founding artistic director of Son of Semele Ensembles (SOSE) in Los Angeles. In 2004, McCray was featured on the cover of American Theatre Magazine for his work with SOSE, for which he directs both original and published work. Most recently, his 2006 production of Iphigenia (A Rave Fable) received six LA Weekly Award nominations.

Dreyfuss is the latest addition to an impressive list of entertainers honored with the Lifetime Acheivement in the Arts Award. Long known for his acting and directing, Dreyfuss now spends much of his time promoting improved teaching of civics in American classrooms. He is the founder of the nonprofit organization www.TheDreyfussInitiative.org.