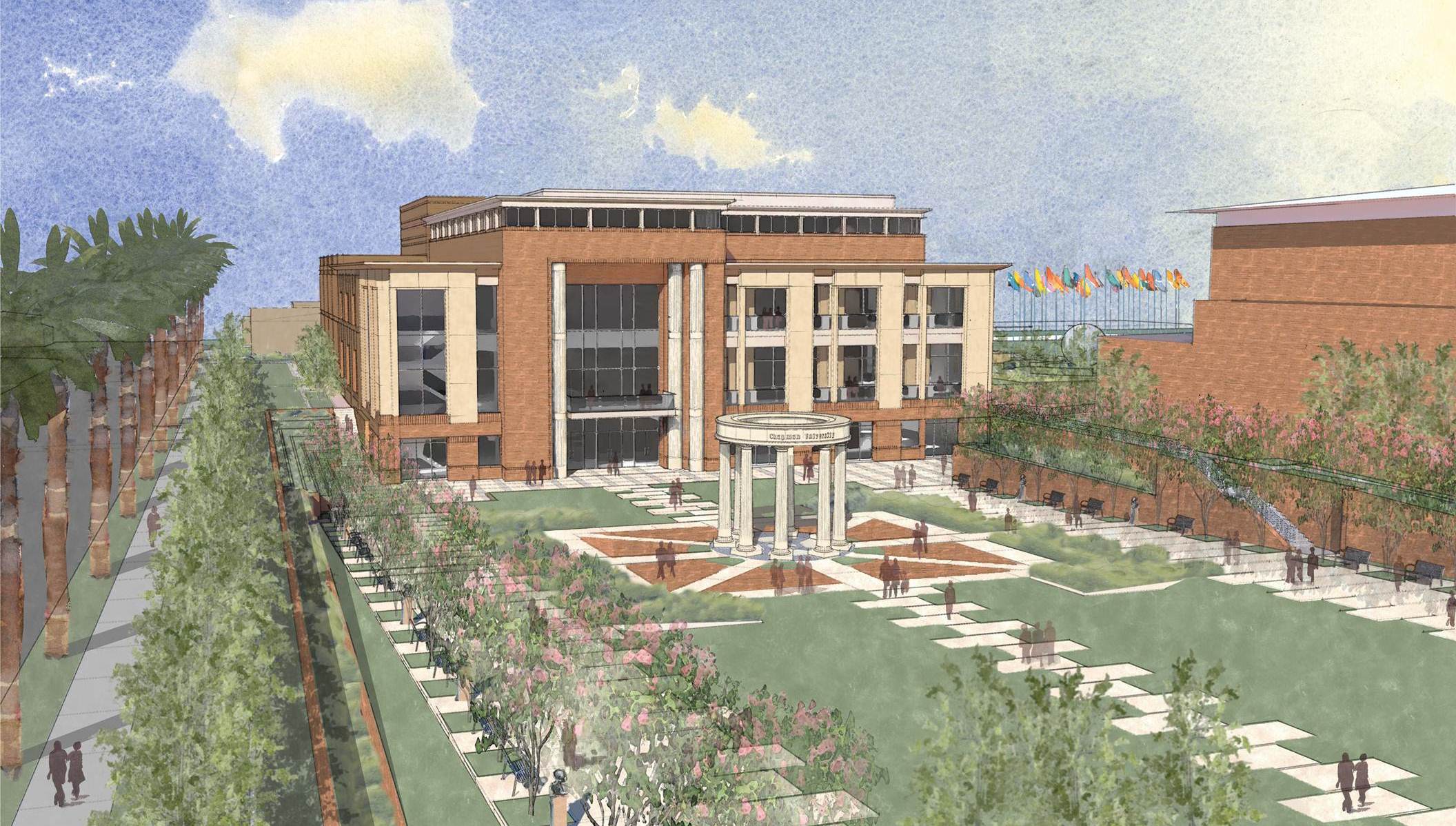 Groundbreaking for the new Center for the Arts is scheduled Thursday, Sept. 6.
Arts & Film

The campus community is invited to attend the groundbreaking ceremony for Chapman University’s new Center for the Arts, with special guest Placido Domingo, at 10:30 a.m. Thursday, Sept. 6, at the project excavation site near the Schmid Gate.

The $64 million center will be a major addition to the artistic life of Orange County and will serve as an outstanding artistic venue for the central part of the county as well as the University and City of Orange. When complete, the 1,050-seat facility will showcase Chapman’s student ensembles and productions as well as professional performing artists and community events.

Among the special guests scheduled to attend the ceremony, hosted by President Jim Doti, will be famed opera star Placido Domingo, artistic director of Los Angeles Opera. S. Paul and Marybelle Musco, co-chairs of the center’s successful fundraising campaign, will also offer remarks, as will William Hall, dean and artistic director of the Center for the Arts.

As part of the center’s groundbreaking the University will preview some of the artworks that will adorn the center. “Exhibition of Art for the Center” is scheduled from 1 to 5 p.m. in the Fish Interfaith Center.

The total cost of construction on the Center for the Arts is estimated at $64 million, completely funded by private donations, including an initial $25 million challenge grant from an anonymous donor.