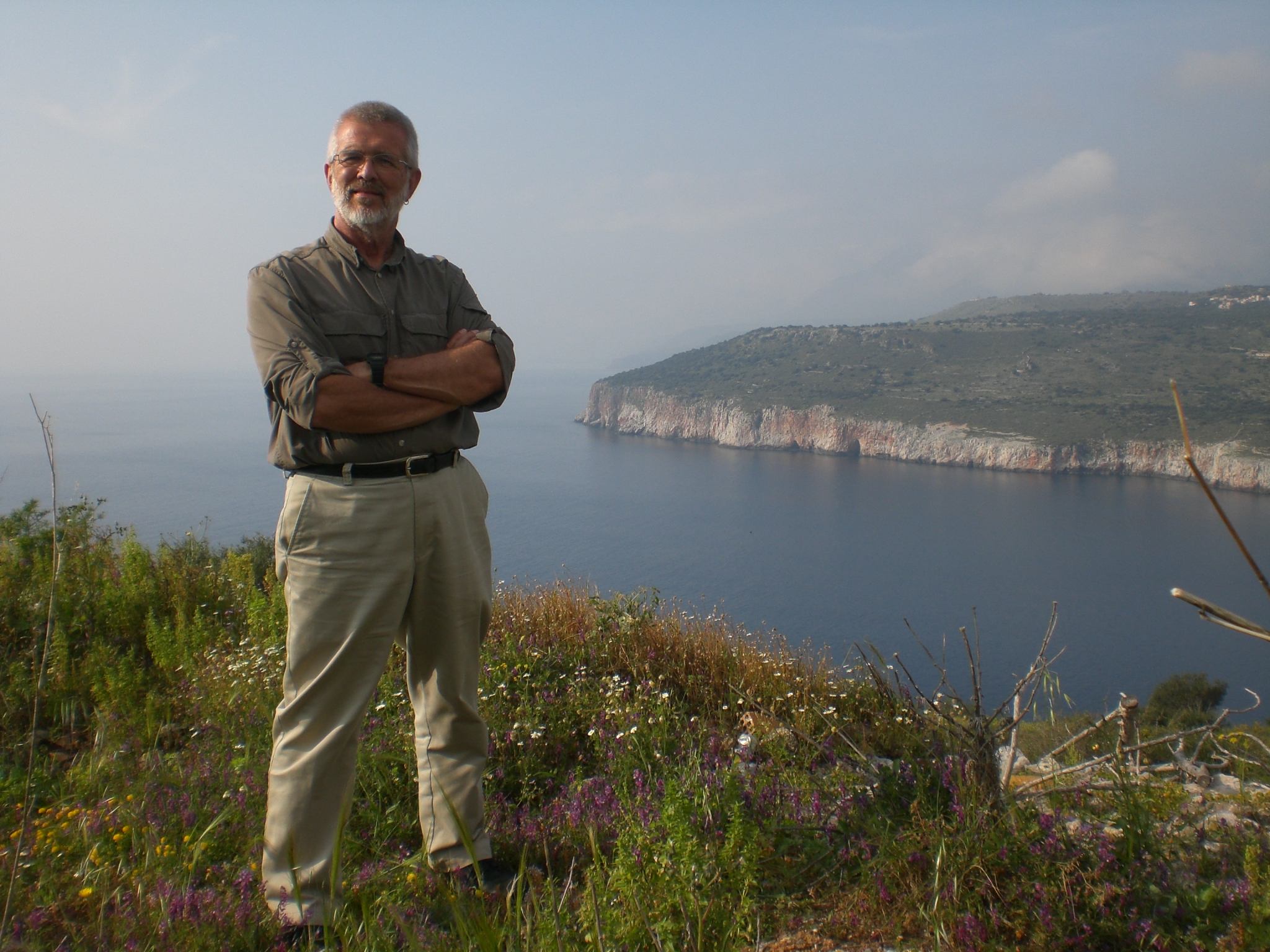 The late professor Marv Meyer during a 2011 trip to Greece. A memorial is planned September 23.
Campus & Students


Editor’s Note: The following letter was released Friday, August 17,  from the Office of the Chancellor announcing the passing of Marv Meyer, Ph.D., Griset Chair in Bible and Christian Studies professor, and director of the Albert Schweitzer Center. A video on his work has also been posted at Panther Productions.

A campus memorial has been scheduled for Sunday, Sept. 23, at 2 p.m., in the Wallace All Faiths Chapel of the Fish Interfaith Center.


I have the incredibly sad task of informing the Chapman University community of another terrible loss.  Our dear friend and colleague Marvin Meyer, Ph.D., Griset Chair in Bible and Christian Studies, passed away on Thursday, August 16 at the age of 64, of complications from melanoma.  As some of you know, he had battled an earlier occurrence of the disease a few years ago; successfully, it was believed.  But just last month the cancer was found to have recurred.  In typical Marv style, he maintained his optimism, asking just two weeks ago for leave from teaching and his other duties so that he could devote all of his considerable strength to what he – and we – knew was to be a titanic battle.  It was with great shock and sadness that we learned Thursday that he had lost that battle.

Marv was a remarkable teacher, a gifted translator and scholar, and a pillar of the Chapman community.  Serving as director of the Albert Schweitzer Center and Chair of the Religious Studies Department, he did so much more for the University, taking on at one point or another nearly every position of faculty leadership and service in his 27 years at Chapman.  Yet though he reached levels of fame as a scholar that few do – as a frequent on-camera commentator on History and Discovery Channel documentaries, as one of the National Geographic team of scholars who translated the famous Gospel of Judas – he was always there with a smile, his laugher infectious, engaging his colleagues in discussions of their research work or teaching or travels and offering encouragement to any and everyone. And he was always ready with a story or “magic spell,” whether it be at convocation, commencement and graduation activities, or as our first president of the Faculty Senate.

Marv brought the ancient world alive in his lucid and poetic translations and in his teaching both inside and outside the classroom, not only for students and colleagues but also for others around the globe.  Beloved by his students, he was extremely generous with his time, working individually with them, taking groups to Egypt and teaching Greek and Coptic on top of his regular courses, and challenging students to think deeply about life’s meaning and purpose in his Schweitzer and Freshman Foundations courses.  He was a true leader in challenging times and situations on campus, with a talent for putting people at ease and moderating between diverse constituencies, and he never shied away from such challenges.

What many of us will always remember is Marv’s deep love of the Gnostic authors whose writings he helped bring out from the darkness, where they had long been dismissed as heretical.  He invested decades in learning the languages so he could enable their ideas to speak in a way both fresh and true. Marv never sought fame, although it deservedly came to him — but he sought to bring ideas hidden by history into the open. If anyone ever loved learning for learning’s sake—utterly and unabashedly so–it was Marv Meyer.  And he loved even more opening this astonishing world of ideas to his students who had never thought there was a gospel beyond the canonical four. Marv helped his students to see the world with different eyes, to see how exciting and fun it could be, and always, always to think about the ethical dimension of ideas.

Marv also worked tirelessly in the wider scholarly community, collaborating with colleagues around the world, publishing extensively, and lecturing across the United States and Europe and around the globe in places from China to India.  And there was a bit of Indiana Jones in Marv, whether it was taking on a difficult issue of faculty governance or of scholarly controversy or zip-lining through the jungles of Costa Rica.

His work as director of Chapman’s Albert Schweitzer Institute — dedicated to preserving and critically interpreting the ethical teachings of Schweitzer within the context of the study of ethics and ethical values – was also vital to the University.  Through Marv’s work, carrying on the efforts of Kurt and Alice Bergel, Schweitzer’s place as the “guiding spirit” of Chapman University was assured, and he taught hundreds of our students the life story and works of the great physician, philosopher, theologian and ethicist through his course on Schweitzer’s life and thought.   Countless others have been reached through the Schweitzer Award of Excellence, presented each year to an individual or organization that epitomizes Schweitzer’s values; the Schweitzer Scholarships, which have enabled many deserving students to attend Chapman; and the Schweitzer Collection, one of the world’s foremost assemblages of books and memorabilia on Albert Schweitzer.  This will be the first year we will not be hearing Marv tell the incoming freshmen class at Opening Convocation about the “biggest, baddest bust on campus”—the one of Schweitzer that stands in front of Argyros Forum.  I know we will all miss that phrase terribly – and the presence of the unforgettable man who said it.

As for me, I will always remember him as the strongest, and yet kindest, advocate for our Faculty Athenaeum.  I will always recall his smile and happiness at its official opening.

A memorial event and celebration of Marv Meyer’s life will be held here on campus this fall; we will let everyone know when plans are in place.

In closing, I want to share a thought sent to me yesterday by one of Marv’s dearest friends: “Marv, you touched the world gently but left deep footprints.”   Let us remember Marv Meyer’s extraordinary life, his acclaimed scholarly work, his irrepressibly exuberant spirit…and his laughter.