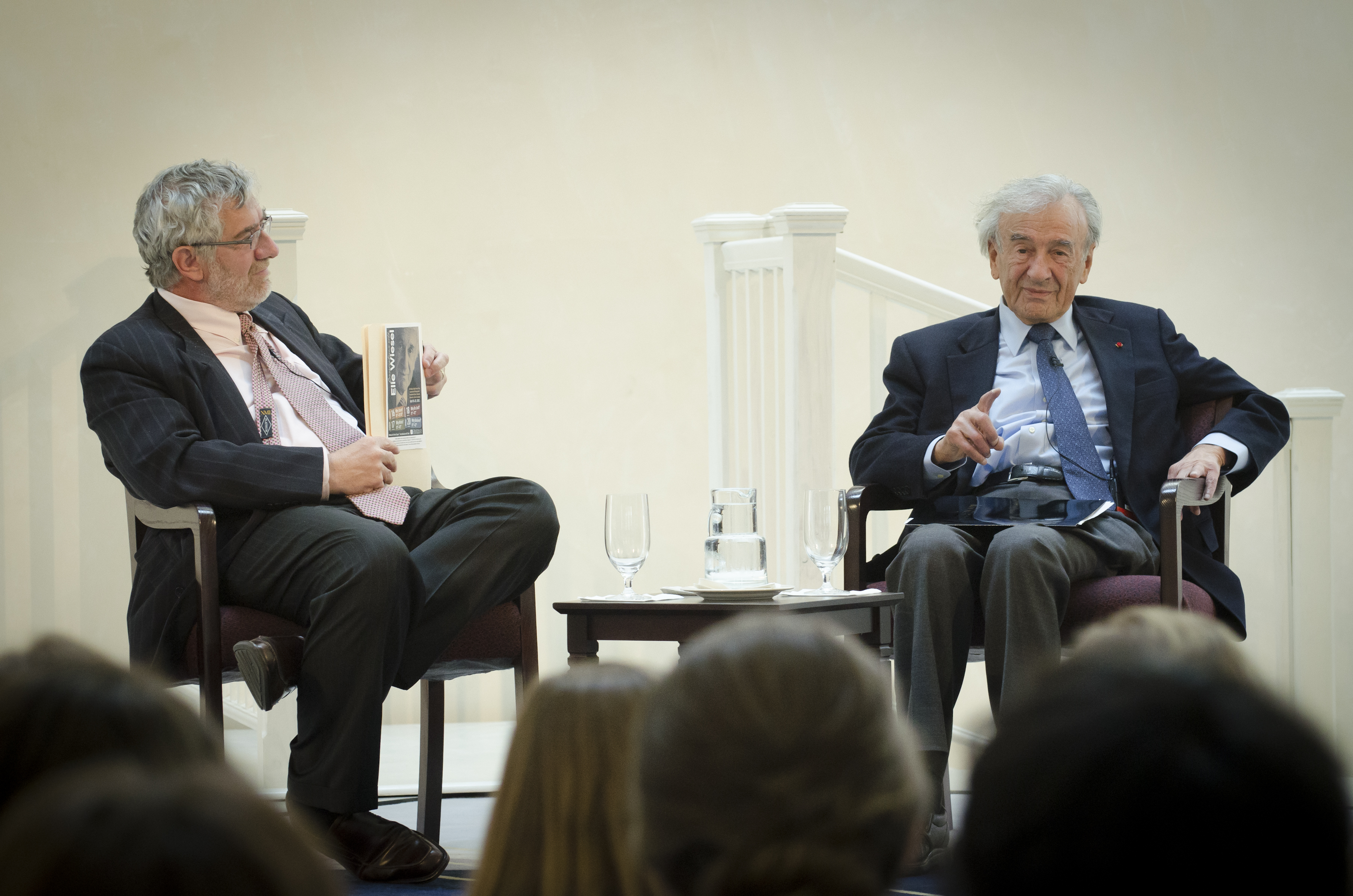 Questions are the theme of Nobel Laureate Elie Wiesel’s visit to Chapman University this week, but in his first informal campus talk on Monday the Holocaust survivor, author and human rights leader said people should be wary of quick answers to big queries.

“Nobody knows everything. The thing is: Do we have the questions? I love questions because they contain the word quest. … Beware of answers. Remain with the quest,” Wiesel told an audience of nearly 300 students, faculty and guests gathered in the Wallace All Faiths Chapel of Fish Interfaith Center.

The talk was part of “Conversations with Elie Wiesel,” a new component to Wiesel’s annual week-long visit to Chapman as a Distinguished Presidential Fellow. The series of conversations  focused entirely on four profound questions central to Wiesel’s work: Why Study? Why Write? Why Be Just? and Why Believe? The series opened this morning with the first question, “Why Study?” The session was moderated by Chancellor Daniele Struppa. Based on Professor Wiesel’s comments, the answer could indeed have been another question in reply – how could one not?

“The beauty in the classroom is that it’s a community,” Professor Wiesel said.

Wiesel said that for him such a sensibility extends even to when he is studying others’ writing, books, ancient scripts and texts. To realize that such texts have survived and that “many great minds” have sat and pondered their content is to be connected to them and to forever be a student himself, he said.

“The joy is that in my study I feel the presence of so many others around me — other teachers, other students — that I know that I am not alone,” he said.

The conversation series continues through the week, and stand-by tickets will be available. Topics include:

All conversations began at 11 a.m. and will be held in the Wallace All Faiths Chapel. Recording devices, cameras, backpacks and purses will not be allowed in.

That same year, he accepted a five-year appointment as a Distinguished Presidential Fellow at Chapman University.  In that role, Wiesel is invited to visit Chapman annually to meet with students and offer his perspective on subjects ranging from Holocaust history to religion, languages, literature, law and music.