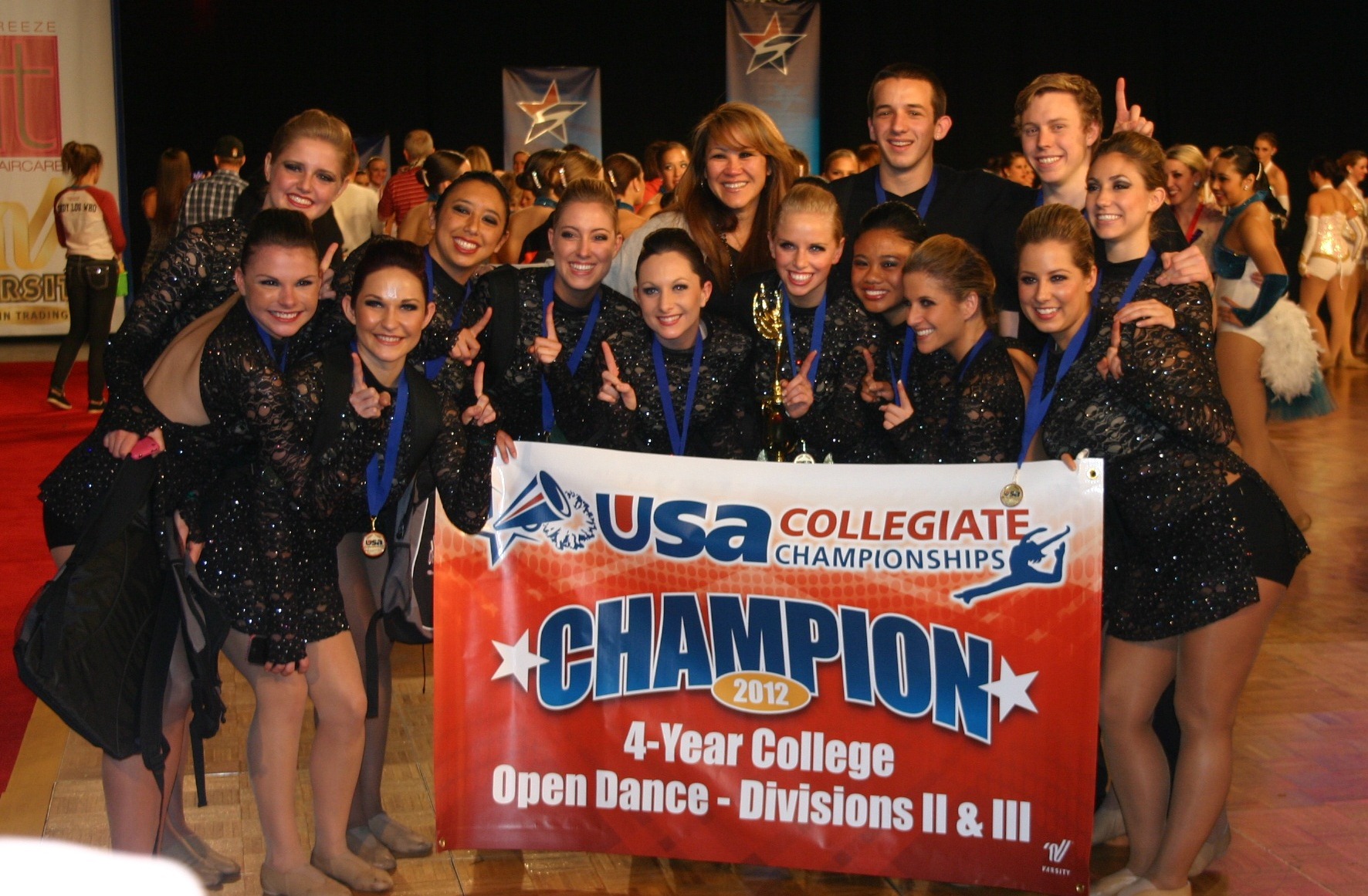 For the fourth year in a row Chapman University’s Dance Team won first place at the USA Collegiate National Championships held March 18-19 at the Anaheim Convention Center. They are the 2012 Divisions II & III Open Dance Champions.

The team was led by Alicia Okouchi-Guy, assistant professor, Department of Dance, who said the parents of the team members traveled to Anaheim to see the competition.

“It was quite a special team win,” she said. “I am extremely proud of our dance team for winning four years in a row the USA Collegiate National Championship. This win was truly a team effort!