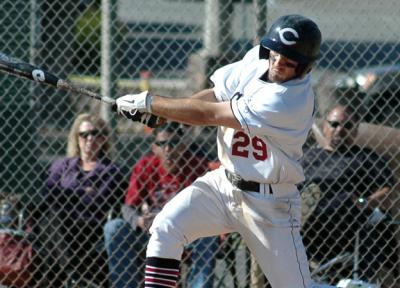 The weather was the only thing cold in the Panthers’ dugout on Sunday evening as their bats showed signs of warming up. The Chapman University baseball team collected 13 hits, including six extra-base hits, while defeating visiting University of La Verne 6-4 at Hart Park.

The Chapman offense stepped up to support Rauh (3-1) who allowed just four hits and two earned runs in seven innings while striking out six. The Panthers’ 13 hits marked their second-highest single game total of the season and six runs is the most at home since defeating Whittier 10-4 in the season-opener on Feb. 2.

Senior OF
James Parr
led the offensive charge for Chapman (8-10) going 3-for-4 with two RBI and was a home run shy of the cycle.

For full coverage and box scores, visit the
Athletics website
.