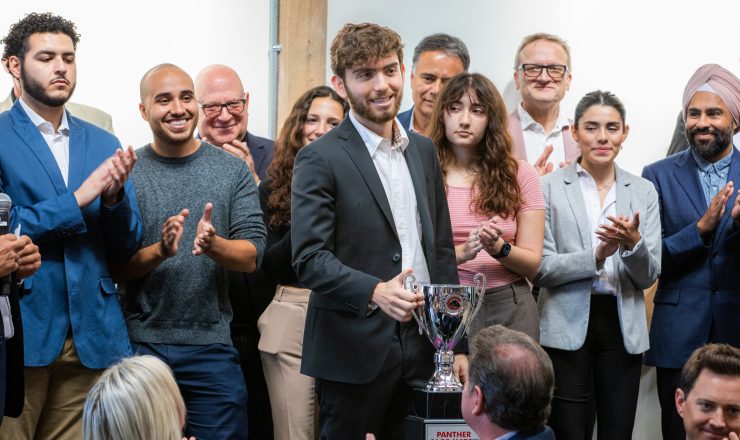 The Leatherby Center received 26 pitch applications, which were narrowed to six finalists by an external set of judges. The six teams or individuals had eight minutes to pitch their business, product, service or concept to a second set of judges. The competition was open to Chapman students, alumni, faculty and staff.

The four judges – three business owners and a Chapman business faculty member – unanimously chose Chapman junior Eli Schechter as Cage Match champion. Schechter pitched GreenPay, which would track titles of ownership for valuables like jewelry on a blockchain to guard against fraud and theft.

“I was going ahead with this venture whether I won or not,” said Schechter, a business administration major with an entrepreneurship emphasis.

He worked on the GreenPay idea for months and pitched it to professors for feedback before finalizing his presentation.

“I’ve always been business focused and working to make my dreams come true,” said Schechter, who wants to eventually take the company public.

As winner, he will receive $3,000 and free support with developing his idea from the event sponsors.

Osborn is founder and president of Casco Contractors, which has offices in Irvine and San Diego.

The judges presented the “best emerging” concept award to Collegial and FUN!D, and attendees voted for “fan favorite,” which went to Collegial.

“I’m so pleased that we can re-energize the competition,” Henrik Cronqvist, dean of Chapman’s Argyros School of Business and Economics, told the crowd – which filled the Leatherby Center – at the beginning of Cage Match.

He thanked students for coming, telling them that faculty and staff work on their behalf daily “so that you can have a good experience at Chapman.”

“You can be successful and you can leave from here with a bunch of different ideas that you learned during this competition and during school here,” he said.

In between presentations, judges were asked to share advice.

Matt Kanne ’12 – who lost and then won an entrepreneurial competition as a Chapman student – encouraged students to try things before they have more life responsibilities.

“I’m glad I started my business as a freshman at Chapman,” said Kanne, founder of Open Gym Premier in Anaheim.

Leatherby Center Director Mario Leone said he was pleased with the broader participation in this year’s Cage Match compared to 2019, with a fifth of 2022 applications coming from outside Argyros School.

“We are excited with this year’s talented, blossoming entrepreneurs and are excited for an even broader competition in the years ahead,” Leone said. 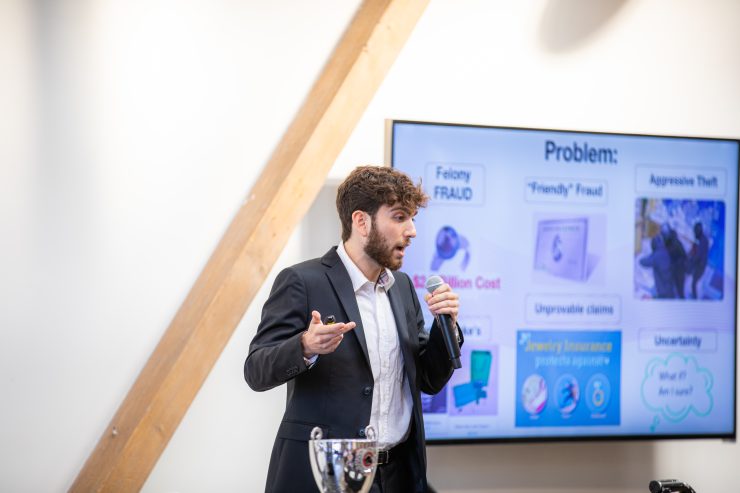 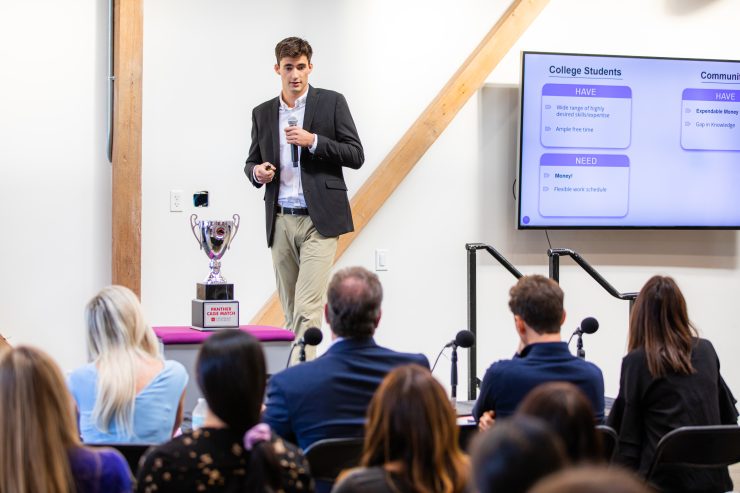 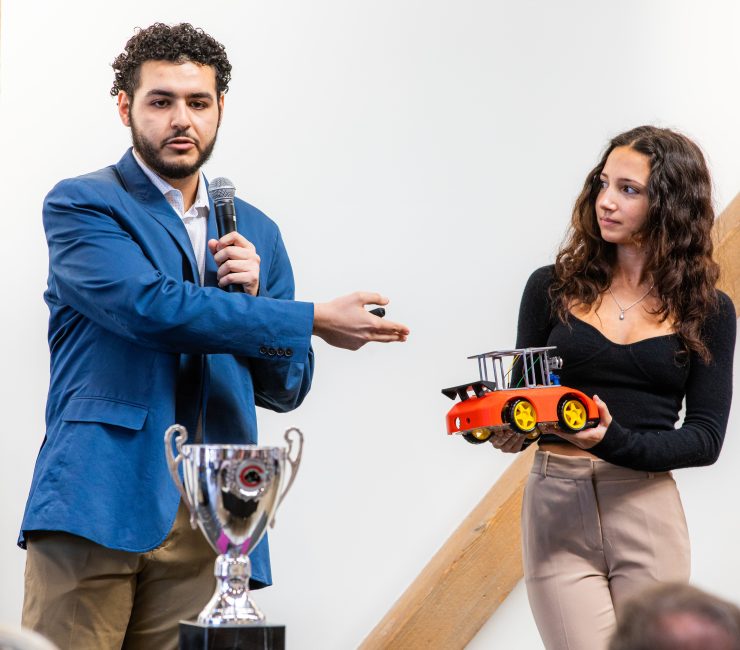 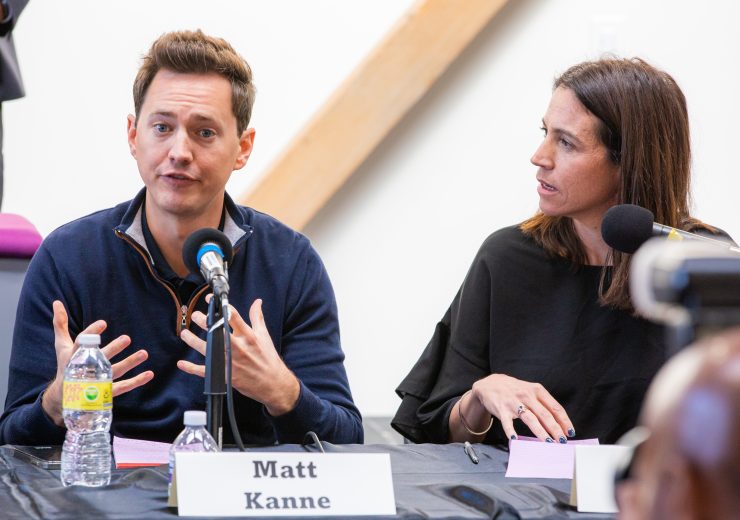