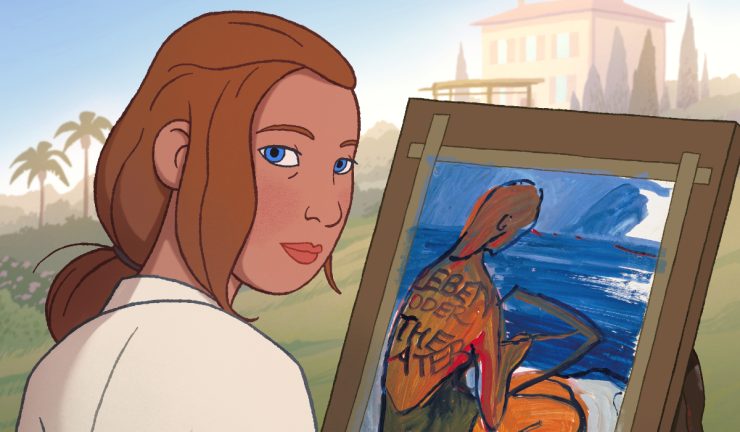 A two-night event presented by the Rodgers Center for Holocaust Education at Chapman University will explore the life and art of Charlotte Salomon.

On Tuesday, Oct. 25, an online lecture by noted Salomon expert Monica Bohm-Duchen will introduce the life and work of the German-Jewish artist, who died in Auschwitz at the age of 26. On Thursday, Oct. 27, there will be a screening of the animated film “Charlotte,” followed by a discussion with the film’s producer Julia Rosenberg and Jennifer Keene, dean of Wilkinson College of Arts, Humanities, and Social Sciences.

“The animated drama “Charlotte” tells the true story of Charlotte Salomon who, despite Nazi persecution and family tragedy, refused to give up her dream of becoming an artist,” says Marilyn Harran, director of the Rodgers Center. “It is a powerful and moving story of talent, determination and an undeniable will to create.”

Believing that she must do something that had never been done before, Charlotte embarked on a quest to paint her life story. The result is a monumental masterpiece of over 800 works considered by some to be the first graphic novel, says Harran.

The film features an all-star cast including Keira Knightley, Jim Broadbent and Brenda Blethyn, and was a decade-long labor of love by Rosenberg.