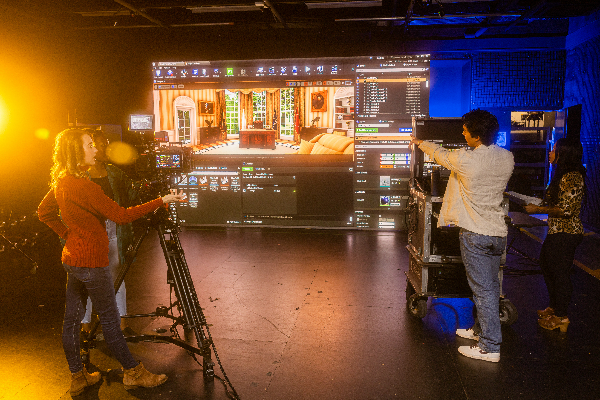 Chapman's Dodge College has earned the No. 4 position in the Hollywood Reporter’s prestigious 2022 rankings of the Top American Film Schools.
University News

Chapman University’s Dodge College of Film and Media Arts is strengthening its grip on an influential position among the best film schools in the country, the latest national rankings show.

Dodge College has earned the No. 4 position in the Hollywood Reporter’s prestigious 2022 rankings of the Top American Film Schools, released Wednesday, Aug. 3. After vaulting into the top 5 a year ago, the Chapman program held steady in its lofty spot this time.

“I’m thrilled about our ranking,” says Dodge Dean Stephen Galloway. “This means we’ve been in the Top 4 film schools for two years running, at both The Hollywood Reporter and The Wrap. It’s an amazing testament to the tireless work of our faculty, staff and students.”

Legacy film programs at the American Film Institute, New York University and the University of Southern California are the only ones ranked ahead of Chapman, which also is No. 4 in the most recent national rankings of The Wrap.

“Drawing names like [film producer] Lorenzo di Bonaventura to teach classes, while adding high-end tech like a fleet of RED Komodo cameras, Dodge College continues to impress,” the Reporter said in its article. “It also offers production students subsidies up to $15,000 for theses.”