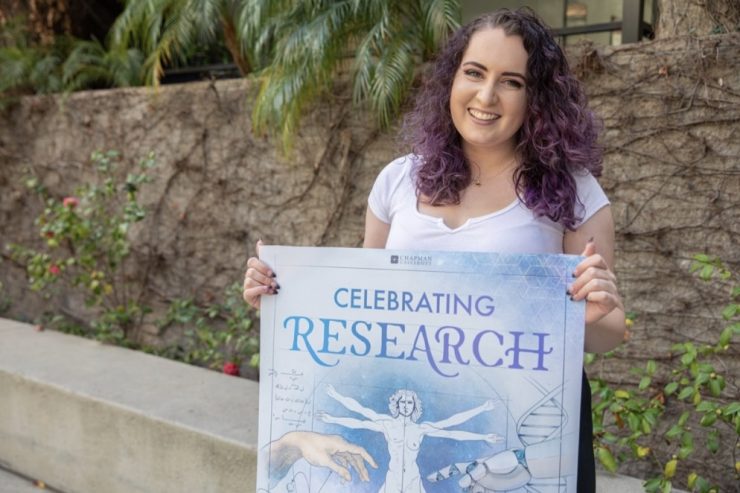 Alice Premeau ’22, the winner of Chapman’s annual State of the University poster contest, shares her creative process, love of purple, and how the past informs the future.

Each year, Chapman University President Daniele Struppa announces a poster contest to the students in the Advanced Graphic Design Course, in Wilkinson College of Arts, Humanities, and Social Sciences, with the winning design presented at the State of the University address; this year’s theme was research. “The theme was very open to interpretation and gave a lot of creative freedom,” Premeau says. “I started conceptualizing my idea based on what I believe the nature of research is. I started to think about it as something rooted in the past, but continuously building into the future.” 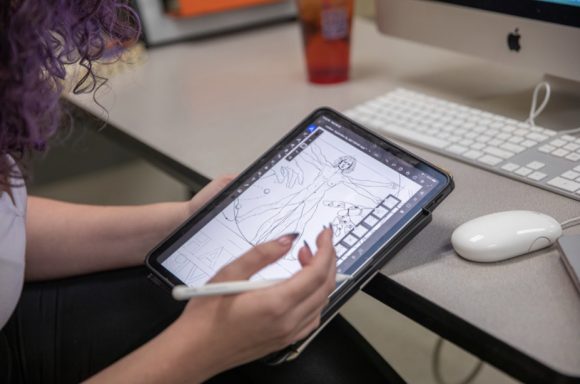 “I am known for adding the color purple to many of my designs, so when I first started crafting drafts in more monochromatic colors, [my professor] noticed the lack of color. Eventually I chose to add blue and purple, creating what feels like space. This is also associated closely with the future and technology.” Describing her creative process, Premeau says, “I started by drawing the separate pieces on my iPad Iby hand, allowing me to play around with the overall look and style.” 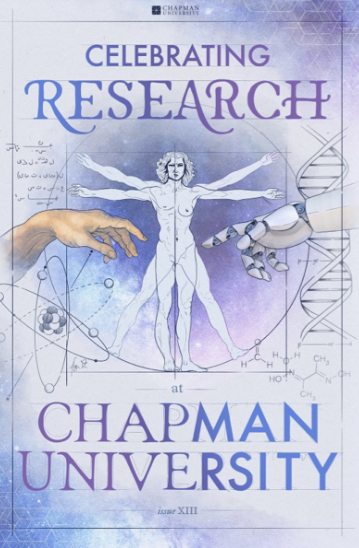 “Alice’s design really captured my imagination the moment I saw it,” President Struppa said when the poster competition winner was unveiled at the 2022 State of the University address. The centerpiece of Premeau’s design is Da Vinci’s “Vetruvian Man,” but with a twist: the figure is also a woman. It is also inspired by Michaleangelo’s “Creation of Adam” fresco on the ceiling of the Sistine Chapel, but instead of a divine hand touching a human, it’s a robot arm touching a human’s: the present literally igniting the future. The atom and double helix invoke scientific progress, and the use of Arabic mathematical equations aims to de-center Western history and be inclusive of other cultures. “In the poster, the High Renaissance meets modern design elements,” Premeau says. 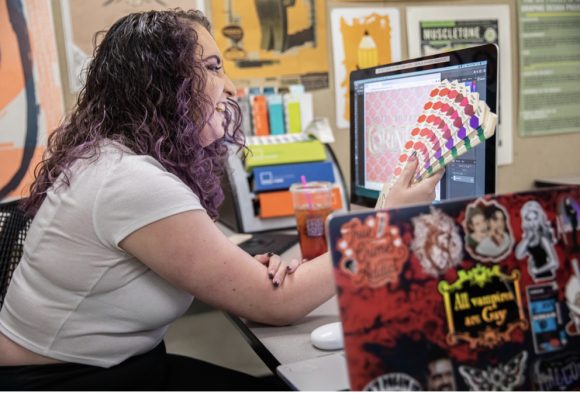 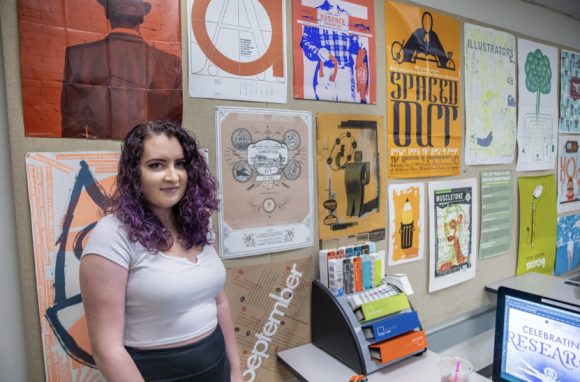 “Ever since I was a kid and saw the Broadway posters created by the design firm SpotCo, I’ve wanted to be a designer,” says Premeau, whose future goal is to design movie posters. “That’s the dream,” she says. Premeau is getting hands-on experience as a student-worker in Chapman’s Ideation Lab, a fully functioning design firm run out of Moulton Hall, Chapman’s art building. “When I started working in the Ideation Lab as a first-year student, I had little knowledge of design tools and programs, but Professor Chimenti insisted that I apply – then I learned everything on the job,” she says. 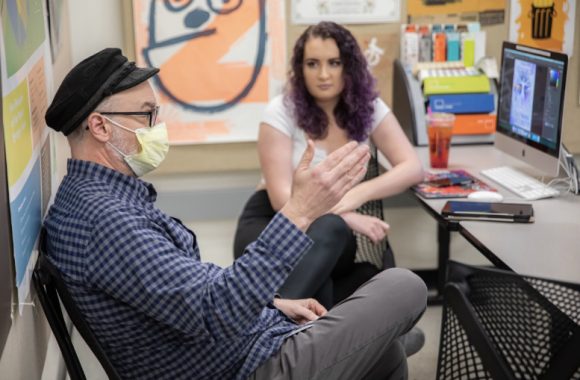 “In graphic design, everything is integrated,” says Chimenti, associate professor  of art in Wilkinson College of Arts, Humanities, and Social Sciences. “You can’t just be a web designer, you can’t just be great at using the tools of the trade. You need to learn how to come up with ideas. That’s what I recognize in Alice – she has always drawn well, but she also has good ideas.” 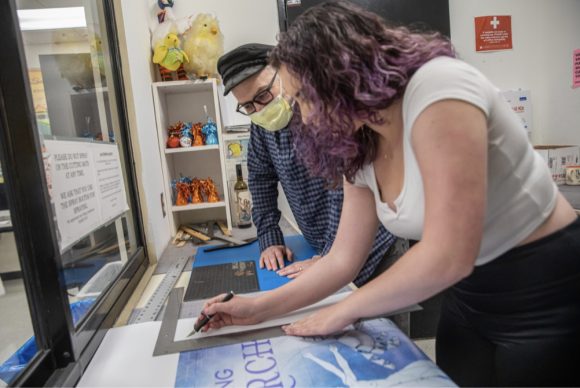