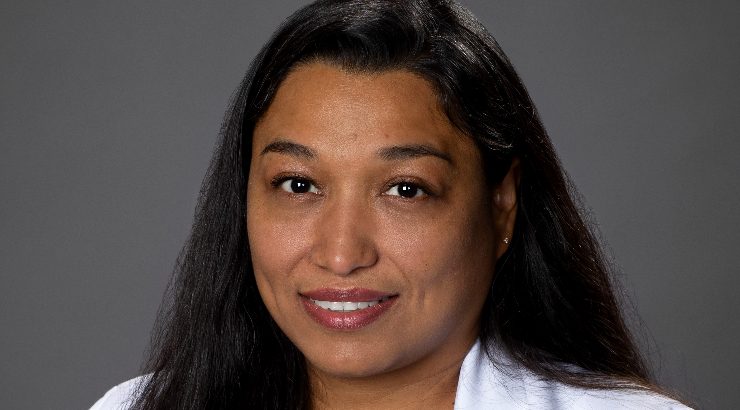 In her role, Martinez will oversee programming for both the Cross-Cultural Center and Chapman’s Promising Futures First-Generation Program.

“It’s an exciting time to be at Chapman,” says Martinez. “The support of DEI efforts from President Struppa and the university as a whole is encouraging and a clear sign that the university is headed in the right direction.”

Martinez arrives at Chapman following a highly accomplished fifteen-year term helping lead the Multicultural Center at the University of Nevada, Reno. But it’s her personal experience as a first-generation Latina student that she says drives her passion for serving students. “I had so many great mentors along the way who helped me get to where I am,” says Martinez. “I want to give back to students what I received from others.”

Of the appointment Vice President of Diversity, Equity, and Inclusion Reginald Chhen Stewart, Ph.D., said, “Having a decade and a half of experience leading both cultural centers and first-generation programs, Araceli Martinez brings a wealth of knowledge and experience to the executive director role. Her work has been recognized by Excelenica in Education, the College Board and the U.S. Department of Education, to name a few.”

Stewart also noted that the move to bring together and position the Cross-Cultural Center and the Promising Futures program within the office of DEI is aimed at better supporting Chapman students, and that Martinez is the right person to move the programs forward.

“We have an outstanding Promising Futures program in need of more space to operate and a wonderful Cross-Cultural Center that is seeking new ways to engage students and create a home-away-from-home environment. When you put both initiatives on paper, the intersection becomes evident. When both programs were reorganized to the DEI Office, it was an opportunity to attract strong new leadership. That is exactly what we did by bringing in Araceli.”

As she begins her role, Martinez says one of her top priorities will be connecting, communicating and collaborating with campus partners to support students’ academic and personal journeys. “The opportunities at Chapman are limitless, and I’m excited and ready to take the Cross-Cultural and First-Generation Programs into their next phase.”