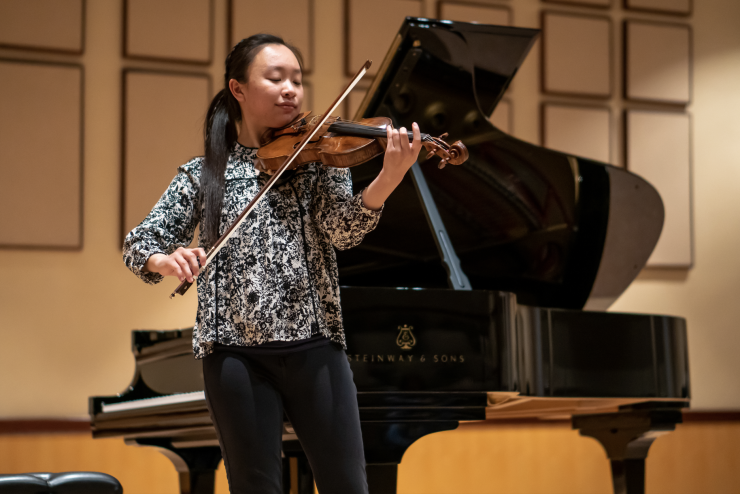 Chapman University senior Danielle Liu ’22 was awarded the prestigious Temianka Violin Scholarship this past fall. Along with financial support, this honor has allowed Liu the opportunity to perform with the Temianka-Saparoff violin, a cherished instrument that was donated to the university in 2013.

Henri Temianka, a renowned  20th-century artist, was a conductor, educator and author. Following his passing, Temianka and his wife endowed the Henri Temianka Professorship in Music and Scholarship in String Studies to honor those who wished to master this beloved practice.

As a dual major in violin performance and health science, Liu says that Chapman University has enabled her to pursue two passions that may seem at odds, but have a lot in common. “Music is my way of reaching out to people and placing them in a different world. It can make someone forget about the worries and turmoil of this world, even if it is only for a brief time,” says  Liu. “Similarly, going into medicine enables me to care for people in a more tangible way. One is able to give people hope and, hopefully, improve their physical health.”

Liu has been featured as a soloist in several performances over the years. Most recently, she appeared with the Pacific Symphony at the Richard Nixon Library to perform for the PRC Consul General Zhang Ping to commemorate the 40th anniversary of diplomatic relations between the United States and China. 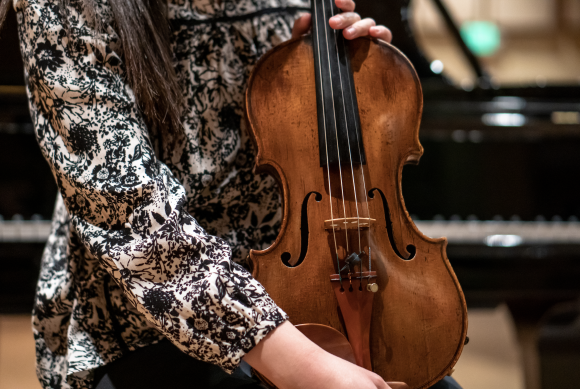 She has also shared her music with Chapman students, staff and alumni. “One of my favorite performances during my time at Chapman was the 2019 Chapman Celebrates. A violist, two other violinists and I had the opportunity to play in near darkness on the Musco stage with costumes that lit up. We played ‘Viva La Vida,’ and I had a lot of fun with this experience. I also participated in and won this year’s Concerto Competition. The other two winners and I will be performing as soloists with the Chapman Orchestra later this spring,” says Liu.

Liu’s passions don’t stop at music. Chapman University and its community have presented her with many valuable opportunities. Liu says, “In my time at Chapman, I was a part of the MedLife chapter and volunteered for mobile medical clinics in Peru in the summer of 2019. I have additionally been very fortunate to work with Dr Laura Glynn in her research lab. Currently, I am also working as a lab intern in Dr Richards’ anatomy lab.”

With graduation around the corner, Liu has thought about her next steps. “I applied to medical school, and I was admitted to my first-choice: Loma Linda University School of Medicine. Although I am open to the different fields in medicine, I am currently most interested in helping cancer patients,” she says.

Liu hopes that her passions continue to merge into one in the future. She is devoted to on maintaining her skills in music while growing in the medical profession.

“My goal is to be able to play for my patients to ensure that this beautiful instrument remains a part of my life and creates a positive impact on others,” Liu states.