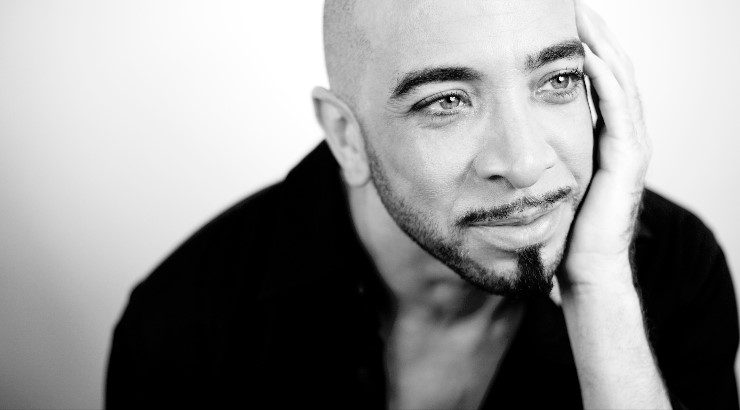 Dwight Rhoden will join the Chapman dance faculty in 2022. The New York Times called Rhoden “one of the most sought-out choreographers of the day.”
Arts & Film

Dwight Rhoden, a distinguished choreographer and dancer renowned for shaking up the ballet world by bringing a diversity of people, styles, body types and music to the stage, has been named artistic professor of dance at Chapman University.

“Our students will be able to work with one of the most sought-after choreographers in the world who has developed a unique and rigorous contemporary ballet pedagogy and continues to be at the forefront of diversifying ballet,” said Julianne O’Brien, chair of Chapman’s Department of Dance. “I look forward to seeing the ways in which Dwight will open our students’ eyes and hearts, advance their technical training and deepen their understanding of choreography.”

Rhoden’s appointment reflects the rising reputation of the Chapman program, said Giulio M. Ongaro, dean of the College of Performing Arts, home to the Department of Dance. Moreover, the choreographer’s arrival coincides with the debut of Chapman’s new state-of-the-art Sandi Simon Center for Dance, set to open in fall 2022 in a repurposed citrus packing warehouse.

“The appointment of Dwight Rhoden is both a recognition of the quality of the department and of its commitment to excellence, and an exciting opportunity for our students and faculty to learn and interact with one of the true masters of contemporary American dance. We are all counting the days until we can welcome him to campus,” Ongaro said.

Rhoden is the founding artistic director and resident choreographer for New York-based Complexions Contemporary Ballet, which in the 27 years since its launch has grown to be a leader in innovative, high-energy dance that moves beyond conventional ballet traditions. His work embraces athleticism, celebrates multicultural diversity and incorporates a range of music, from Nina Simone and the Rolling Stones to Bach and Chopin.

He has directed and choreographed for television, film and theatre, including “So You Think You Can Dance,” Cirque du Soleil, world tours for Prince and Lenny Kravitz and the film “One Last Dance.”

In addition, Rhoden has a long history in higher education. At the University of Mississippi his 2004 Racial Reconciliation Project was credited as a catalyst for dialogue in a community that has been historically divided. He has served as artist in residence at numerous institutions, including The Juilliard School, New York University and Chapman.

“I had the chance to spend time teaching, creating movement and getting to know the students and faculty and was really moved by the energy and spirit of the department,” Rhoden said of Chapman.

As a full-time professor, he envisions greater opportunities to contribute academically and creatively to the Department of Dance.

“As a member of the faculty, I’m looking forward to being able to influence the various aspects of dancers’ training and contribute to the conversation and overall philosophy of what makes impactful performances,” he said. “I am also looking forward to bringing my body of work to the students as well as building new work, and having creation processes — encouraging their imaginations and ideas and to empower them to discover their unique voices.”

Rhoden has received various honors, including the New York Foundation for the Arts Award, he Choo San Goh Award for Choreography and The Ailey School’s Apex Award in recognition of his extensive contributions to the field of dance. He was nominated for a Benois de la Dance award for his libretto for “The Great Gatsby” ballet.