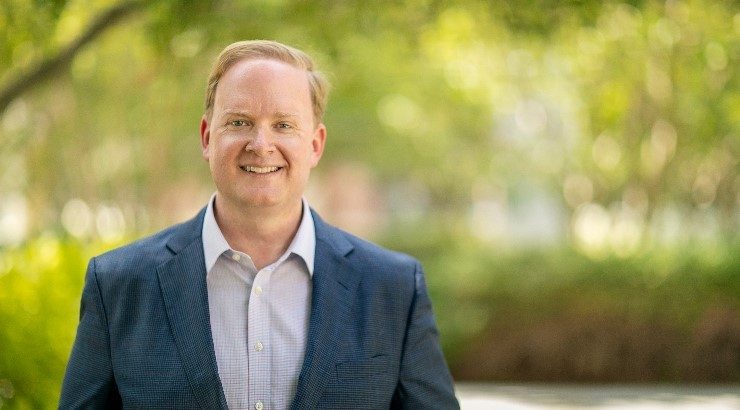 Historian and Chapman Professor Luke Nichter, Ph.D., is one of the expert advisors on the federal Advisory Council on Historic Preservation.
Humanities & Society

What Does Historic Preservation Look Like in America Today? As Americans reflect on Hispanic and Indigenous histories this fall, remember this, says Chapman professor: “It’s not just about the historic sites.”

In the summer of 2020, Luke Nichter received a phone call that he almost mistook for a prank. The White House was calling.

Specifically, the Presidential Personnel Office called to offer him an appointment as an expert member of the Advisory Council on Historic Preservation (ACHP), one of the federal agencies that grew out of President Lyndon Johnson’s Great Society agenda.

“I’m not politically connected at all. I’m a political historian. It’s just not an experience I ever expected,” says Nichter, Ph.D., who holds the newly created James H. Cavanaugh Endowed Chair in Presidential Studies at Chapman University.

Nevertheless, he soon realized it was a terrific fit. It would certainly help him connect students to career paths in historic preservation. Equally important, the council shared Nichter’s view that history is essentially about telling people’s stories.

“Our understanding of historic preservation has evolved over the years so that our definition has expanded. And it’s not just about the historic sites themselves. We’re in the people business; what we’re about is preserving people’s stories, people’s history, their heritage,” says Nichter, who teaches in Chapman’s Wilkinson College of Arts, Humanities, and Social Sciences.

As the nation observes National Hispanic Heritage Month during October and Native American Heritage Month in November, we sat down with Nichter to discuss the agency’s work in general, as well as its expanding efforts to help Americans better appreciate the contributions of Hispanic and Indigenous communities.

Since the offer was such a surprise, what persuaded you to say yes?

“My last book was about an old-fashioned patriot who served under both Democratic and Republican presidents (“The Last Brahmin: Henry Cabot Lodge Jr. and the Making of the Cold War” – Yale University Press, 2020.) Perhaps a little of him wore off. When you are given a chance to serve, and it has been a pleasure to serve in both the Trump and Biden administrations, there is really only one answer.

In preparation, I read more about the agency and learned that it helped create a change in the 1960s around how we treated historic sites. In the post-war boom for new housing and creating new suburbs, government had always been really good at tearing down old things and building new things. This was really a sea change in function for the government to go from primary destroyer to primary preserver.”

How does it do that?

“The ACHP advises Congress and the White House on national historic preservation policy and makes recommendations on projects that receive federal money, including other federal agencies like the National Park Service, the General Services Administration, Department of Defense, and other agencies that hold property. Agencies come to us early in the process of their projects. They want to make sure the stakeholders are recognized and satisfied when the project goes forward. We work closely with the Office of Native American Affairs and Native Hawaiian organizations. And we serve an educational role, helping the public appreciate preservation issues.”

How does cultural heritage intertwine with preservation?

“Many indigenous cultures have been good at preserving their heritage and culture for a long, long time. But we haven’t really done that as a nation as an organized concept. The ACHP is only 55 years old. We have more work to do in preserving civil rights sites, for example, and sites important to Latinx heritage, even in the local area where things like murals will disappear if we do not preserve them. Our understanding of these sites has grown, but we still really need to bring as many voices into the conversation as possible. Historic preservation is a way to do that.”

You launched a Preservation Perspectives podcast for ACHP, giving attention in the first episodes to overlooked communities of color whose stories have often been minimalized. Why is that effort important?

“What we’re working to do now is show that we don’t just have a history, we have histories, it’s plural. When you talk about Hispanic heritage, Native American heritage, we’re talking about American heritage. To me, they’re all part of our historic or cultural estuary. They really ought to be taught at the same time.”

History as an estuary is an interesting metaphor. Say more!

“History is never really over. We’re constantly returning and always finding new evidence. We’re finding people who have been left out. When the spotlight was over here, we were overlooking things over there. Many people think history is about people, places, dates and kind of rote memorization. It’s not. It’s about exploring our past. And we’re always coming to terms with it in new ways based on the present.”