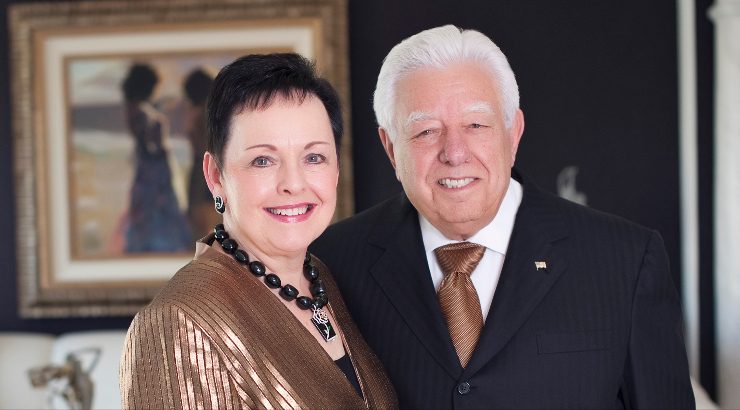 Emeritus Trustee S. Paul Musco, a leading Orange County philanthropist, entrepreneur and one of Chapman University’s most beloved supporters, passed away Sept. 19. He was 95.

Chapman University President Daniele C. Struppa described Musco as a dynamic presence whose visionary philanthropy transformed the university. Together with his wife Marybelle, Musco helped establish the Marybelle and S. Paul Musco Center for the Arts and supported a multitude of other campus programs, from the humanities to the sciences.

“Charismatic is the first word that comes to many minds when hearing his name,” Struppa said. “It’s undeniable that his presence, his passion for life, was tangible whenever he walked into a room. But his personal trappings and at times easygoing demeanor should not deceive you. Paul was a tremendously hard worker who was always the first to roll up his sleeves when there was work to be done.”

“Paul Musco was larger than life. Everything he touched was changed for the better. His passing will leave a huge hole in our philanthropic community, not to mention our hearts. His passion and enthusiasm will not soon be replaced,” Bourgeois said.

The Muscos demonstrated their can-do work ethic often in their enthusiasm for Chapman. When the couple first chaired Chapman Celebrates (then called American Celebration) in 2006, their hands-on approach vaulted the event to new heights. They set an unprecedented goal of $2 million and then recruited what they called “The Magnificent Seven” – donors who contributed $100,000 each to help build momentum toward the goal. The event netted $2.1 million to support Chapman scholarships, setting an Orange County philanthropic record for a one-day fundraising event. The Muscos continued to help Chapman Celebrates grow and set records.

Musco grew up in a family of 12, but there were still opportunities to enjoy the arts. “Saturday mornings, 10 o’clock, we’d sit down  o listen to the Metropolitan Opera on the radio,” he told Chapman Magazine in a 2010 interview. “You develop that love almost through osmosis.”

Those early experiences with the arts influenced his giving as he achieved success with Gemini Industries, a gold and silver refinery he founded in 1974.

The Hall-Musco Conservatory of Music in the College of Performing Arts was named in their honor and that of founding CoPA dean William Hall. In addition, Paul continued his lifelong support of opera, serving as vice-chair of the LA Opera board of directors.

In recognition of his generosity supporting a host of causes in his community, Musco earned many honors, including the 2011 Lifetime Achievement Award from the Orange County Association of Fundraising Professionals, the 2013 Helena Cultural Legacy Award for Community Visionary from Arts OC, the Bishop’s Award for Exemplary Business Integrity from the Orange Catholic Foundation in 2015 and the Ellis Island Medal of Honor in 2017. 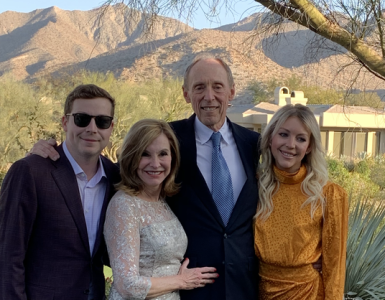 A new $1 million endowment will support Chapman University students looking to be leaders in the science and technology industries. Students can soon take new courses focused on STEM while they pursue an MBA at Chapman... 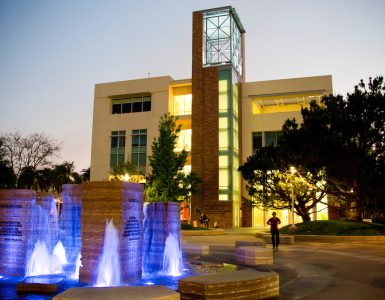