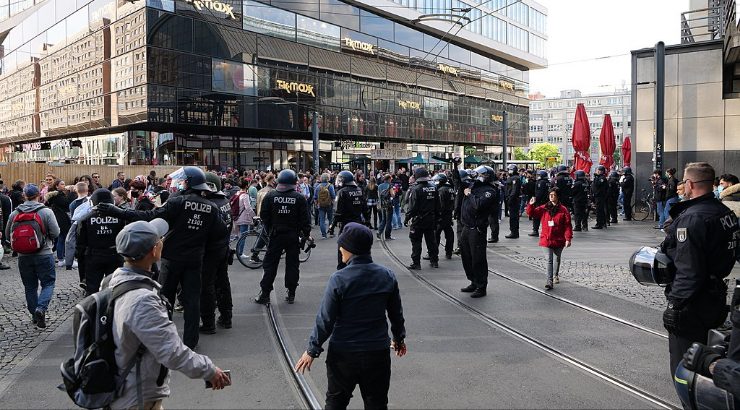 Op-Ed: Violence in Italy Exposes the Risks of Conspiracies Linked to Political Extremism Mass radicalization can spread like a contagion, Chapman professor warns. Demand governmental transparency and accountability, he advises.

Conspiracy theories grow silently embedded in popular culture and frivolous entertainment but are much more dangerous than many still believe. The recent riots in Italy, all inspired by the Jan. 6 assault on the U.S. Capitol, demonstrate the necessity to swiftly act to prevent their further spread and, most importantly, to cut any ties with political extremism and domestic terrorism.

A 2020 survey of the PEW research center found that as much as 25% of American adults see some truth in the idea that influential people intentionally planned the pandemic of COVID-19. Other similar investigations show, on average, that almost 47% of Americans believe that at least one theory promoted by QAnon holds some truth. And similar numbers can be found in practically every country.

Consumers of conspiracy theories are no longer limited to individuals with poor education, a low social class or precise political and ideological preferences. And these individuals are not limiting themselves to believe or express their opinion secretly. Instead, they are now looking for opportunities to act upon their convictions.

The success of bizarre and nonsense narratives in mobilizing increasingly large segments of society is easily explained. It lies in their ability to fascinate citizens who feel abandoned and offer them the illusion to be researchers and agents who fight the “powers that be.”

In fact, at the core of the conspiracy theories movement, there is an apolitical idea about ​​the existence of a global conspiracy. Such conspiracy is allegedly carried by a cabal aiming to establish a dictatorial New World Order. Believing in the presence of such “powers that be” satisfies many psychological needs, including finding simple answers to complex social problems and identifying culprits to hold accountable for one’s deprivation condition.

The simplicity of their narrative allows the set of conspiracy theories to change according to social situations and cultural contexts. Their modular nature allows them to adapt to the challenges posed by debunking campaigns and counter law enforcement agencies and cultural institutions.

Conspiracy theories behave like parasites, spreading by contagion, mutating, and living in symbiosis with other so-called anti-establishment movements while changing them over time to embrace the idea of ​​the world conspiracy. The entirety of these anti-establishment groups, once separated, now is a coherent virtual world. It operates like a role-playing game universe spearheaded by the proponents of radical individual sovereignty and the anti-vaxxers who thrive out of the high level of distrust toward the government, which the current pandemic has boosted.

Furthermore, it is now clear to researchers that a militant faction of conspiracy theories has been increasingly connected with several post-fascist, Neo-Nazi, post-communist, and insurrectionary anarchism organizations.

While it may seem absurd to believe that organizations with opposite ideological backgrounds can find a common denominator in conspiracy theories, I would advise thinking otherwise.

What is happening is expected and can be explained rationally. First, these groups and organizations have shown ideological convergence on broad economic and social issues. These are, for example, the fight against capitalism and neoliberalism and the desire for progressing or returning to a utopian form of society centered around some form of collectivism.

On top of that, there is a remarkable level of continuity with the esoteric themes that emerged in Europe in the late 1800s. These themes were part of the genesis of both Nazi-Fascism and anarchism and are now brought back and normalized by conspiracy organizations like QAnon. These same themes have become widely accepted in many social circles. For example, tropes of esoteric anti-Semitism like the Protocols of the Elders of Zion or elements of esoteric ecologism, like the anti-vaxxer belief that vaccines are an abomination against nature and pharmaceutical companies are absolute evil, can be found anywhere on the political spectrum.

Of course, most of those who sympathize with the conspiracy milieu do not present any subversive or terrorist threat, nor are they an offshoot of political extremism. They can even not realize they hold conspiratorial beliefs. However, data show an imminent danger in how its militant fringe, which is widening over time, has been targeted by far-right and far-left groups alike.

For example, two of the most prominent Italian far-right organizations, Forza Nuova and Casa Pound, competed and eventually lined up with ANTIFA-like groups supporting the anti-vaxx movement, orchestrating their recent protests. To the latter, this relationship offers the necessary skills and staffing to mobilize people and successfully run a demonstration. To the formers, it provides visibility and the critical mass essential to promote violent actions otherwise impossible to carry out given their small membership. It is not limited to Italy or the European Union since these extremist organizations, as much as conspiracies, have well-known international networks. In some cases, they are also a tool of the foreign policy of hostile countries interested in destabilizing the international system.

The threat for the United States is that political extremism could take advantage of the social volatility and leveraging the world of conspiracy theories as a space for recruitment. It is a danger that cannot be underestimated.

Furthermore, thanks again to their flexibility, conspiracy theories can exploit the instability of the political system to achieve normalization and social acceptance. The several million people who often unknowingly entertain conspiratorial beliefs represent a large pool of potentially ripe new members to these extremist groups. They can also be used as a “pork-barrel politics” tool to infiltrate, more or less overtly, mainstream political parties and the institutional world, including the military and law enforcement.

In summary, the current situation presents a risk of mass radicalization linked to the ease with which conspiracy spreads by contagion in society. Its diffusion creates the critical mass necessary for political extremism to enlarge its ranks and infiltrate the political system, much like we already see in several European countries and possibly the U.S.

The most pressing need is finding the proper way to monitor, prevent and mitigate such risks to law and order and national security while protecting constitutional rights and freedoms. Censoring or outlawing conspiracy theories may become needed as riots or crime presents itself but is not a feasible tool to be used in the long run.

We must not forget that conspiracy theories feed on the idea that the “powers that be” are acting in the shadows to control the lives of the world’s citizens. Repression will be perceived as the final proof that everything the movement has claimed is true. Thereby pushing even more people to militancy and ultimately into the open arms of political extremism.

Finding a solution starts with making the government impenetrable to extremism. It can be done by demanding transparency and accountability. However, reducing the incentive for political actors to espouse a conspiratorial narrative looks like the most promising path. Finally, to loosen the grip of conspiracy theories on society, its fundamental equity and fairness problems need to be addressed rather than exploited as propaganda to mobilize voting.

Andrea Molle, Ph.D., is an assistant professor of political science at Chapman University and research associate at the Institute for the Study of Religion, Economics, and Society. 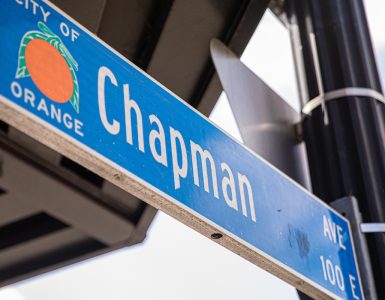