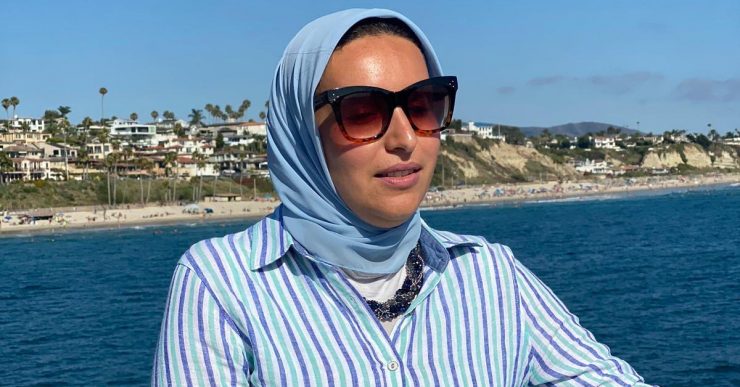 I Found My Voice at Chapman!

Leadership is not a contest; it is a responsibility and an honor. A crucial part of developing people is believing in them and empowering them to use their voices to share their perspectives and ideas and defend themselves, present their point of view, and create harmony between teams.

Years ago, when I started working at Chapman University, I confess that I did not know how to use my voice, nor did I even have one. I was the classic quiet, non-confrontational person with a tendency to avoid conflicts in every possible way. Add to that being a new immigrant and a Muslim woman who also had to (sometimes) deal with society’s misconceptions. You can also imagine how hard it was to always be silent in meetings, having your ideas shut down sometimes by others, and at times even feeling invisible.

It was not until a few months into the job that a male colleague of mine, who was my senior, sensed my discomfort in a meeting after one of my ideas was shutdown. I went straight to my office with literal tears in my eyes.

I have to say that my life has changed a lot since then. This colleague taught me a lesson that I live by to this day “use your voice.” While this senior colleague could have interfered in the situation himself and perhaps “fixed it for me,” he encouraged me to confront my other colleague and engage in a healthy conversation using my own voice. It was the best advice he gave me. He empowered me to use my voice and told me that conflict is a natural part of any social and organizational setting.

While confronting someone may not always result in the consequences we had in mind, people will always value your openness and respect you for coming forward with your concerns. I learned how to embrace a confrontational style to become a better leader, and instead of “making a mountain out of a molehill” in which a relatively small conflict or situation is blown out of proportion, I learned how to engage in meaningful conversations, overcame the fear of confrontation and most importantly I learned that there is a high potential for growth and development in healthy disagreements.

I learned that “conflict is a normal part of any social and organizational setting throughout the years. The challenge of conflict lies in how one chooses to deal with it. Concealed, avoided, or otherwise ignored, conflict is likely to fester, only to grow into resentment, create withdrawal or cause factional infighting within an organization.” (Alore, 2015)

In this global world we live in and as workplaces become more ethnically, culturally and generationally diverse than ever before, it is crucial for leaders and employees to embrace and respect their differences and learn to see things from varying perspectives. This is when full potential in people, teams, and organizations can be reached.